SEATTLE, WA and VANCOUVER, BC / ACCESSWIRE / March 25, 2021 / Achieve Life Sciences, Inc. (NASDAQ:ACHV), a clinical-stage pharmaceutical company committed to the global development and commercialization of cytisinicline for smoking cessation and nicotine addiction, today announced online publication of the results from the Phase 3 RAUORA trial in the scientific journal Addiction. The RAUORA study was led by Dr. Natalie Walker, Associate Professor at the University of Auckland, and evaluated the effectiveness and safety of cytisinicline compared to varenicline (Chantix®) as a smoking cessation aid in 679 indigenous New Zealanders (Māori) or their extended family.

Additionally, statistically significant fewer overall adverse events (AEs) were reported in cytisinicline-treated subjects (Relative Risk 0.56, 95% CI 0.49 to 0.65, p<0.001) including a significantly lower rate of nausea when compared to subjects on varenicline. Notably, as participants were not blinded to study drug, more subjects refused to participate and withdrew consent when randomized to varenicline compared to subjects who were randomized to cytisinicline.

"These data add to the growing body of evidence in support of cytisinicline as a much-needed, potential new treatment alternative to existing smoking cessation therapies," said John Bencich, Chief Executive Officer of Achieve Life Sciences. "Many smokers refuse to take current medications or stop treatment when they experience side effects which impedes their ability to quit successfully. We believe the tolerability profile of cytisinicline, as shown in trials such as RAUORA, may help smokers remain on treatment and lead to better outcomes for those battling nicotine addiction."

Achieve is currently enrolling smokers in the 750-subject, Phase 3 ORCA-2 study of cytisinicline at 15 sites in the U.S. For more information on cytisinicline and the ORCA-2 study, visit www.achievelifesciences.com or www.orca-2.com. 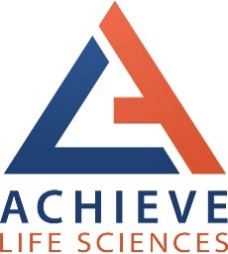 In total, 1,105 Māori or whānau (Māori extended family members) expressed interest in participating in the study and a total of 679 were randomized to receive either cytisinicline or varenicline. The average age of participants in the trial was 43 years and approximately 70% of the participants were women. Contact was sought over a period of six to 12 months to collect data and support their quit journey.

About Achieve and Cytisinicline
Tobacco use is currently the leading cause of preventable death that is responsible for more than eight million deaths worldwide and nearly half a million deaths in the U.S. annually.1,2 More than 87% of lung cancer deaths, 61% of all pulmonary disease deaths, and 32% of all deaths from coronary heart disease are attributable to smoking and exposure to secondhand smoke.2

Achieve's focus is to address the global smoking health and nicotine addiction epidemic through the development and commercialization of cytisinicline.

Cytisinicline is a plant-based alkaloid with a high binding affinity to the nicotinic acetylcholine receptor. It is believed to aid in smoking cessation by interacting with nicotine receptors in the brain by reducing the severity of nicotine withdrawal symptoms and by reducing the reward and satisfaction associated with smoking.

Cytisinicline is an investigational product candidate being developed for treatment of nicotine addiction, and has not been approved by the FDA for any indication in the U.S.

Chantix® is a registered trademark of Pfizer Inc.