OCEAN SPRINGS, MS / ACCESSWIRE / February 22, 2021 / Complex ocean environments, full of features such as cobble, rocks, and boulders, are usually home to a diversity of marine life; as a result, fisheries managers have often sought to preserve these areas from outside interference. But one such area off the coast of Nantucket may be a significant exception to this rule, according to a new study from the Science Center for Marine Fisheries (SCEMFIS).

The study, from Eric Powell, Jeremy Timbs, and Kelsey Kuykendall of the University of Southern Mississippi and Roger Mann and M. Chase Long of the Virginia Institute of Marine Science, analyzes survey data from the Nantucket Shoals area of the Great South Channel in the Atlantic, an area of considerable substrate complexity and home to the Great South Channel Habitat Management Area (HMA). But the study found that, due to the area's strong currents and seafloor activity, much of the faunal diversity expected from substate complexity has failed to develop. 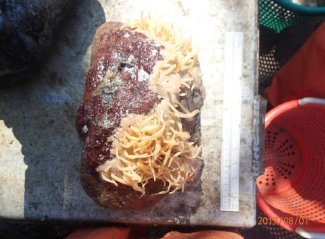 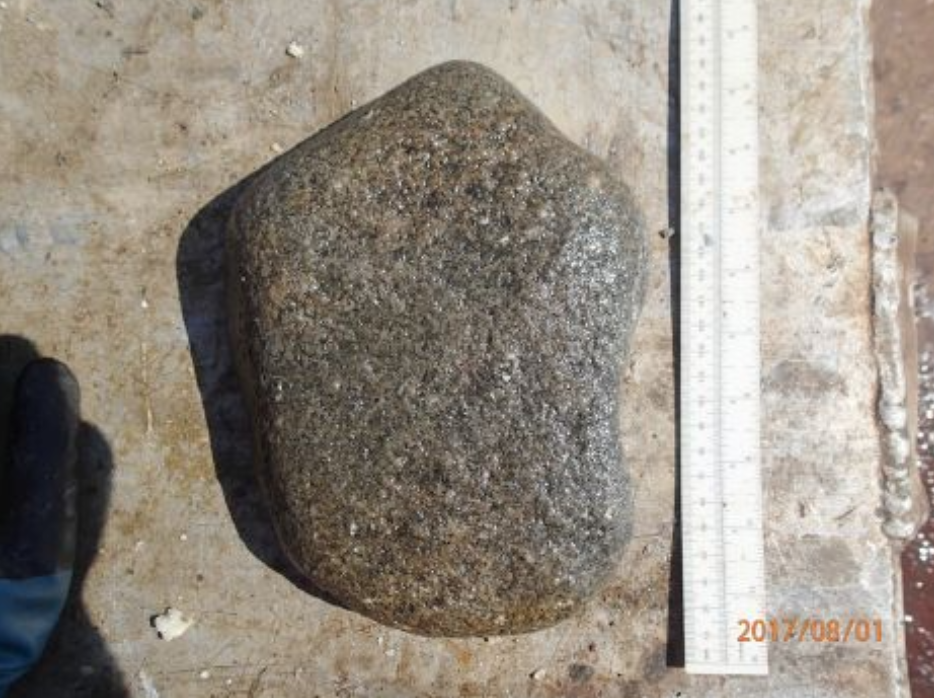 Top: A rock from an area where sand scour does not occur featuring
the charismatic marine life expected to be present in complex habitat.
Bottom: A rock collected from the area supporting surf clams showing
the absence of attached marine life and the failure to develop complex
habitat due to sand scour.

Specifically, the study found few examples of the kind of charismatic marine life-such as tunicates, sponges, and anemones-that usually attach themselves to prominent features like boulders and rocks in habitats where they occur. The study attributes this to the high-energy currents that frequently run through the area, as well as the sand on the seafloor regularly scouring the rocks as a result of the currents. The absence of mussels attached to hard bottom features, and the presence of barnacle scars where barnacles have been eroded off the rocks, show clear evidence of the rigor of the benthic environment that minimizes the use of these substrates by attached bottom creatures.

According to the study, the tidal activity and strong currents "minimize the importance of cobbles, rocks, boulders, and shells in community structure in some subtidal high-energy regimes, defying expectations from their contribution to substrate complexity."

"You'd expect the type of environment you see in Nantucket Shoals to support a significant amount of life on its rocks and bottom features, but that's just not the case here," said Dr. Eric Powell, one of the authors of the study. "These findings show that we need to consider the whole range of factors when determining which habitats are most likely to support biodiversity.

"The findings are significant for future management of the Great South Channel area. Much of the region has been part of an HMA since 2018, which prohibits bottom-tending fishing gear. It is also home to important fishing grounds for surf clams and is one of the most resilient areas for surf clam habitat. Surf clam fishermen have lost access to these grounds since the HMA went into full effect.

Most notably, the Nantucket Shoals area within the HMA was critical for smaller clam vessels fishing out of Massachusetts; several surf clam companies caught up to 90 percent of their harvest from the area. Since it was first established, members of the surfclam industry have argued that this habitat area does not contain enough complex habitat to justify the number of restrictions in place, especially considering the cost to the industry. The study indicates that the area may not be a good candidate for habitat protection.

The need for the diverse services that SCEMFIS can provide to industry continues to grow, which has prompted a steady increase in the number of fishing industry partners. These services include immediate access to science expertise for stock assessment issues, rapid response to research priorities, and representation on stock assessment working groups. Targeted research leads to improvements in data collection, survey design, analytical tools, assessment models, and other needs to reduce uncertainty in-stock status and improve reference point goals.