EASTON, MA / ACCESSWIRE / December 15, 2020 / Frank Averill, the Chief Executive Officer and Owner of Averill Electric takes the time to discuss the benefits of prefabrication, stating that the process is currently transforming the construction and electrical contracting sector. 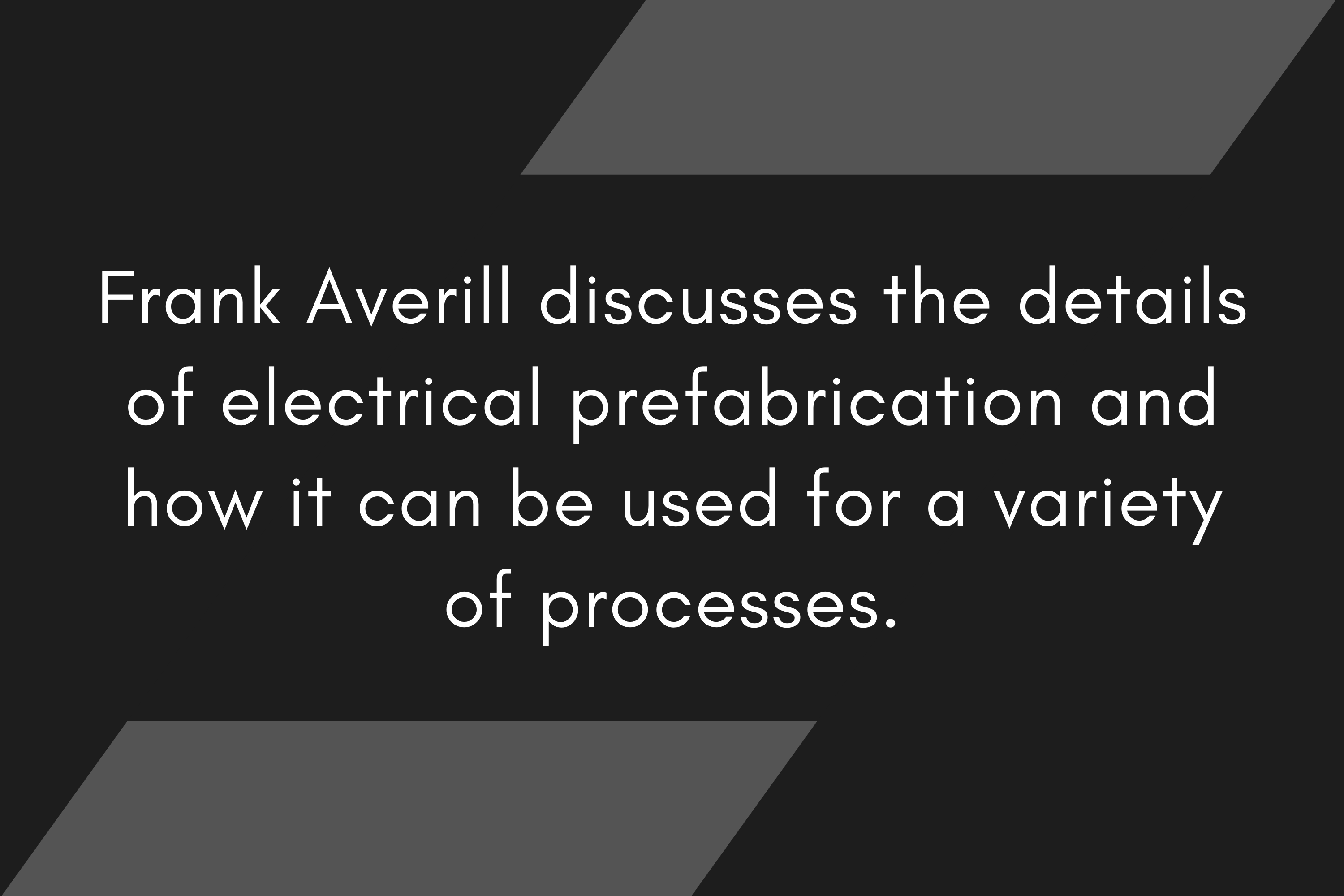 In his "Concise Guide to Prefabrication" Frank highlights how the method differs from conventional building processes. He explains that parts of a whole are built off-site and transported to the final destination, as opposed to having individual materials shipped to the site where the structure is built from the ground up.

Having worked on several major projects in the New England area including the Ray and Joan Kroc Community Centre, the area's largest social services development project, and the Emerson College Colonial Building Dormitory, Frank Averill is intimately familiar with the benefits of prefabrication for simple and complex electrical systems alike. In the article, Averill discusses not only what prefabrication entails for electricians, but also its history and benefits. Completing the majority of the work in a controlled environment away from the hustle and bustle of a construction site expedites the time required onsite, improves the quality, is more efficient, and is an overall safer option for electrical installations. Eliminating environmental factors such as the dangers of a construction site as well as weather elements, which is particularly important when it comes to equipping a building with electrical systems, also provides electricians with immense benefits.

As an expert in electrical prefabrication, Frank Averill discusses the details of electrical prefabrication and how it can be used for a variety of processes. For example, he explains how a seemingly simple outlet can have up to twenty individual pieces that can be pre-assembled offsite and placed into a kit for onsite installation, reducing risk, improving efficiency, and ultimately benefiting both contractor and client.

Learn everything you need to know about prefabrication in the electrical industry with Frank Averill today.

In addition to directing New England's foremost electrical company, Frank Averill is also an advocate for small business and a philanthropist. He and his company are proud to support St. Jude Children's Research Hospital and Shriners Hospital for Children. The company also runs its own in-house winter coat and clothing drive every year. Since the global pandemic hit and Frank Averill began to see the effects of large-scale lockdowns and small businesses closing, Averill Electric has added Feeding America to its roster of worthy charitable giving in order to support working families in need.