ADDISON, TX / ACCESSWIRE / October 29, 2020 / Billy Bob Barnett, a successful Texas entrepreneur, has partnered with his fiance' Stacy to offer critical support to their community. Over the past few months they have been assisting local seniors including those financially impacted by the closures and economic downturn brought on by the COVID-19 pandemic 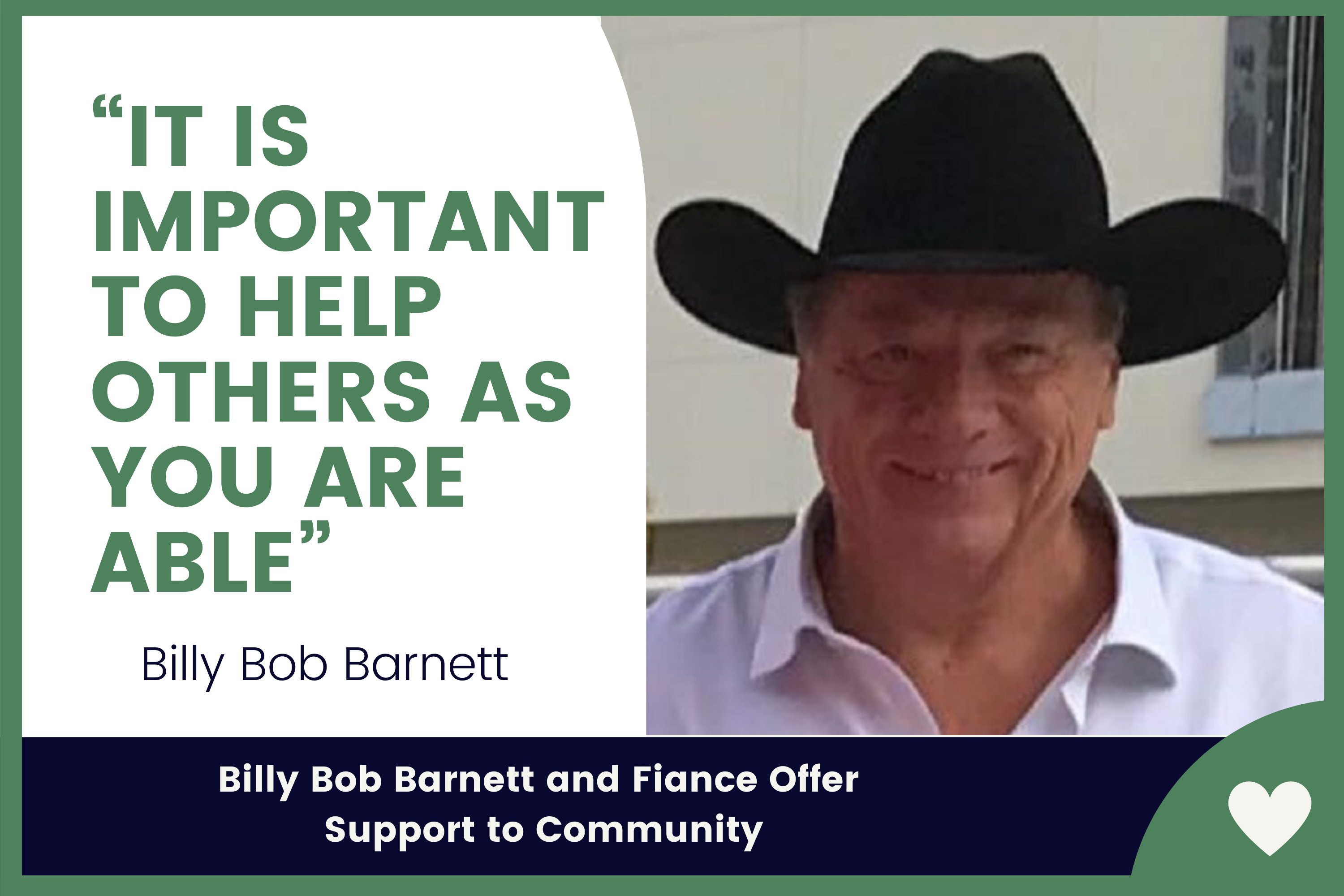 Billy Bob Barnett's fiancé Stacy was concerned that although many senior citizens had pets, they were struggling to afford the costs associated with caring for their beloved companions, as well as the physical limitations many of them had, making it very difficult to care for them. Already issues for that age group, the situation was made worse by the pandemic restrictions.

"Seniors are often isolated and alone, and oftentimes a pet is their only source of comfort and companionship. Many seniors are unable to care for a pet, so we have been offering support in the way of food donations, cleaning services, medical/grooming transportation, and pet care while they are in the hospital" shared Stacy. "The thought of these beloved citizens being alone and not able to have a pet for company and love…is heartbreaking". The couple also helps seniors without pets find the right one, in addition to offering permanent assistance, and if they are no longer able to live in their home or in a facility that allows pets, assistance in finding a loving home for their pet is provided to ease their anxiety and prevent the pets from going to a shelter.

"It is important to help others as you are able, especially given our current situation," says Billy Bob Barnett.

The couple is also contributing to the local wildlife scene, doing onsite rescues and helping others that have reached out after finding injured or orphaned animals. "Many people find injured wildlife but have no idea what to do or who to call," shared Stacy. "We provide assistance with onsite rescue operations and connect them with the local rehab team that cares for that particular species. Everything from possums, squirrels, birds, and raccoons, to rabbits, skunks, snakes, bobcats, deer and coyotes have local wildlife rehabilitators who provide treatment and care for the sick, injured and orphaned, with the goal of releasing healed animals back into the wild," said Stacy. "We started out by locating our regional rehabilitators and storing their numbers in our phone, so when an animal emergency arises, we are prepared. Many rehabilitators are volunteers and work from home, receiving little or no financial compensation so please donate what you can when taking them to a rescued animal."

About Billy Bob Barnett - Texas entrepreneur Billy Bob Barnett was raised in central Texas and attended Texas A&M University. After earning visibility in college sports, Barnett went on to the professional leagues and was drafted to the NFL by the Kansas City Chiefs followed by the Chicago Bears. In 1972, after his career in sports came to an end due to an injury, Billy Bob Barnett launched his career in the entertainment and food & beverage industry by opening his first nightclub in Austin,The Bucket. After four years, he sold the franchise and fulfilled his long-time dream of opening the world's largest honky-tonk, Billy Bob's Texas, in Ft.Worth. Over the last 40 years, Billy Bob's Texas has become a popular nightclub, concert hall, and music museum, as well as a beloved icon of the state, hosting live bull riding as well as numerous musical acts such as Garth Brooks, George Strait, Alabama, Willie Nelson, ZZ Top, Tina Turner, B.B. King, and Bob Hope, and even acting as the filming location for several Hollywood movies and T.V. shows including multiple episodes of Dallas.