MOUNTAIN VIEW and SAN FRANCISCO, CA / ACCESSWIRE / September 22, 2020 / The German International School of Silicon Valley (GISSV) announced today their plans to celebrate (in coordination with the Halvorsen family) the impressive milestone of Colonel Halvorsen's life and his timely message of hope. Instead of his usual public appearances, this year, Colonel Halvorsen will be having a private gathering surrounded by his family. This change is why GISSV and the Halvorsen family chose to collaborate on digital and creative ways to wish Colonel Halvorsen a very Happy Birthday.

"When you go eyeball-to-eyeball with someone in need, and you're able to do something about it, there's no better feeling." Colonel Gail Seymour "Hal" Halvorsen, USAF 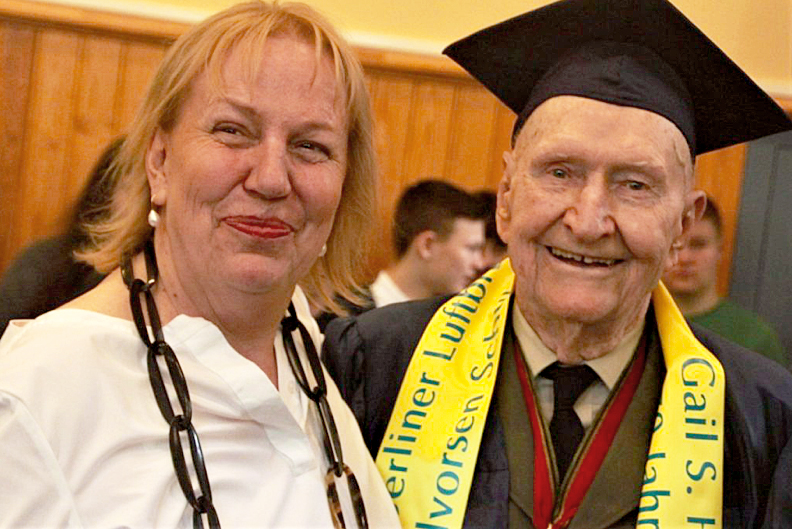 This milestone is deeply personal for GISSV's Head of School, Kathrin Roeschel, who was the former Principal at the Gail S. Halvorsen Schule in Berlin. Over the years, Halvorsen, his family, and Roeschel formed a close bond that continues today. [Photo, source]

"What I remember most of Mr. Halvorsen's story is the emotional impact of what he and his fellow pilots faced when one week they were fighting against Germany in WWII, and a little later when the war was over, they had to switch gears, go back to Germany, and now rescue the people trapped in West Berlin. He would always answer that… It is all about humanity, especially with children." Kathrin Roeschel, GISSV Head of School

During the time of the Soviet blockade in 1948, Halvorsen served as a C-54 pilot in the Berlin Airlift (Operation Vittles), helping to supply food and essentials to Berliners behind the lines. Halvorsen witnessed the challenging conditions the children were facing and launched his own mission deemed "Operation Little Vittles," dropping an estimated 23 tons of candy via 250,000 parachutes. This act of kindness boosted the morale of those in blockaded Berlin and galvanized many in the United States to help with his mission. 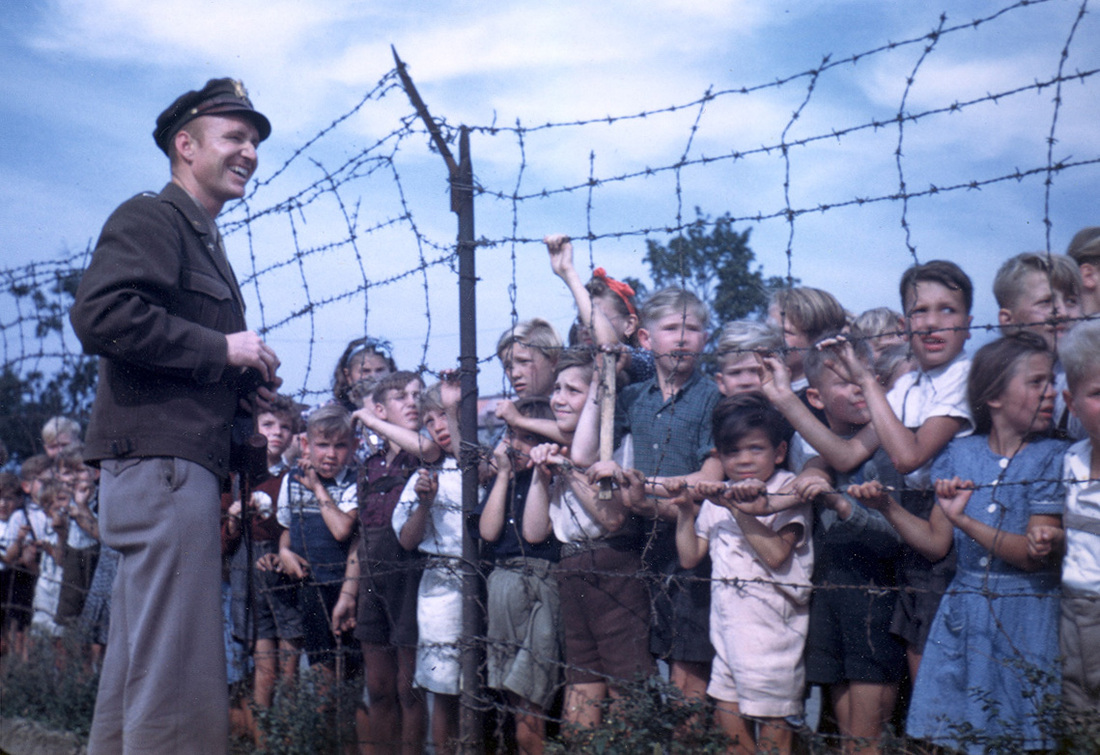 "Saving the population of West Berlin by heroic deeds such as the ones by Hal Halvorsen and his fellow pilots lay the rock hard foundation for the close friendship between the German and the American peoples after World War II. This is a foundation we keep relying on and it has proved strong enough to weather even the hardest storms. We'll stay the course." Hans-Ulrich Südbeck, German Consul General in San Francisco

GISSV will coordinate a creative digital celebration to honor this inspiring ‘Candy Bomber' Hero and incorporate eye witness history into their digital classrooms. Since the moment COVID-19 forced the San Francisco Bay Area into quarantine on March 17, 2020, GISSV immediately switched into Distance Learning mode, where teaching continued under the same full class schedules. To ensure success, GISSV increased the number of iPads available for students to use for classes. Teaching digitally versus on-campus required the teachers to adapt and optimize new teaching styles. GISSV seeks out new opportunities to blend technology with learning to create a better experience for their students. In coming together to collaborate and celebrate Gail S. Halvorsen digitally, the students have a chance to enrich their lives and give back.

To learn more and/or to submit your own birthday message for Mr. Halvorsen, please visit our webpage: https://www.gissv.org/halvorsen100.

Gail S. Halvorsen at age 99 sending a message of hope during COVID in his letter to Michael Müller, Governing Mayor of Berlin, April 2020:

"Food and Freedom - we are thankful forever. Thank you, Mr. Halvorsen" Uwe Wagner, GABA Board Member, and Strategic Management Consultant

The German International School of Silicon Valley (GISSV) is an independent, bilingual international school offering Preschool-Grade 12 with two locations in the San Francisco Bay Area: Mountain View and San Francisco. GISSV is accredited by WASC (Western Association of Schools and Colleges) and recognized as the only official German School Abroad (DAS) in California. GISSV's special dual-language curriculum is true to its mission of educating global citizens. Their experienced international faculty are passionate about sharing their appreciation for language acquisition and cultural diversity. GISSV students graduate with dual diplomas, the California High School Diploma, and the German International Abitur. GISSV is also a center for cross-cultural exchange and a focal point for families interested in exceptional dual-lingual intercultural education.