BEIJING, CHINA/ ACCESSWIRE / January 14, 2020 / On the afternoon of January 10, Atoshi CEO Liao Wang was invited to attend the dinner of "Strategic Partners New Year Alliance" hosted by former Italian Prime Minister Matteo Renzi at the Kunlun Hotel in Beijing. He also held an exchange and discussion on the global investment strategy with Premier Matteo Renzi and elite entrepreneurs.

Atoshi CEO Liao Wang had dinner with Prime Minister Renzi and others at the magnificent Kunlun Hotel in Beijing.

At the beginning of the dinner, former Italian Prime Minister Matteo Renzi delivered a warm speech and introduced to the guests present that Italy has a lot to invest in and a lot of abundant industrial resources, including real estate, automobiles, retail, etc. He said that the cultural connection between Italy and China is the strongest link between the two countries and wished the two great countries of Italy and China more great things together in the new year. At the same time, Chinese enterprises are also welcomed to develop business opportunities in Italy.

In addition to listening closely to Prime Minister Renzi's wonderful sharing, Atoshi CEO Liao Wang responded positively to the President's expectations. He delivered a speech in simple Italian and fluent English. With the continuous expansion of ATOSHI project market, he will certainly develop in Italy in the future. Atoshi block chain technology will be used to enable more real industry innovation, promote more corporate culture exchanges between the two countries, and promote the innovative development of blockchain technology to enable real industry in the international perspective. 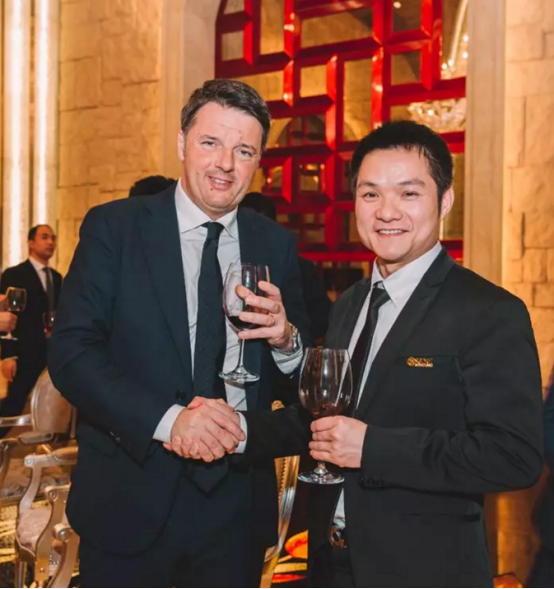 Next, CEO Liao Wang introduced Atoshi Mall. In the six months since the launch of Atoshi Mall, APP has been launched more than 6 million times a day, with nearly 1 million daily active users and a total of nearly 3 million users. This is one of the highest number of users in all public chain projects. Atoshi Mall uses block chain technology to empower the industry, enhances users' participation and loyalty through the industry, and uses block chain to empower the world, providing users with ATOSHI high-quality luxury brands, daily necessities, delicacies, homes, beauty makeup, clothing, maternal and infant products, etc. All transactions can be completed in Atoshi Mall. In addition, there are sectors such as atoshi travel, games and videos to build a one-stop shopping guide e-commerce service platform for clothing,food,housing, transportation, leisure and entertainment.

During the meeting, Prime Minister Renzi and Atoshi CEO Liao Wang had a cordial discussion and exchange on the culture between China and the West, and reached a preliminary intention, which paved the way for ATOSHI Project to speed up its layout and enter the next international market strategy.

Atoshi CEO Liao Wang spoke in simple Italian and fluent English. Liao Wang told the Prime Minister that he has been to Europe many times and many of his friends are also from Europe, even his girlfriends are from Europe. Premier Renzi laughed: "then, you are also half European." 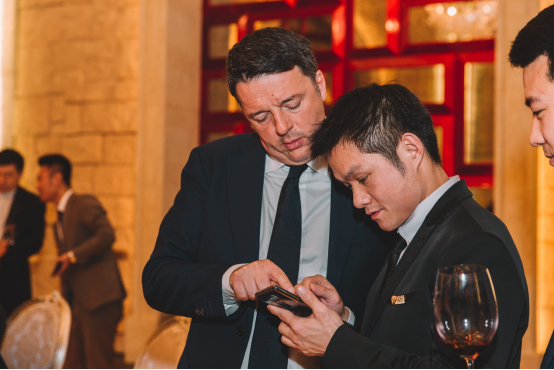 Talking about the experience of starting a business in life, CEO Liao Wang started from scratch, went through all kinds of frustrations and setbacks while working, and finally earned the first fortune in Dubai through his consistent and steady efforts and found his goal in life through the block chain. At present, there are companies in Dubai and Beijing. Beijing company mainly works as Atoshi Mall, and uses block chain technology to empower e-commerce industry and more real industries. CEO Liao Wang even told Prime Minister Renzi, "We will expand into international markets in the future, especially in Italy, Spain and Latin America. If one day you see ATOSHI in Italy, it means I'm here. The chain of blocks can change the world, and we are working hard for it. " Prime Minister Renzi was very optimistic about the application of block chain technology. He had a lot of communication with Atoshi CEO Liao Wang at the dinner and congratulated the amazing progress made in the Atoshi project. 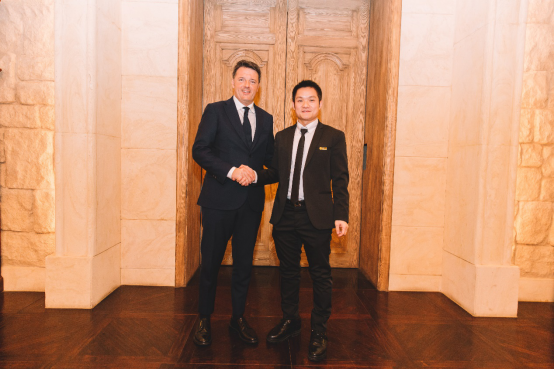 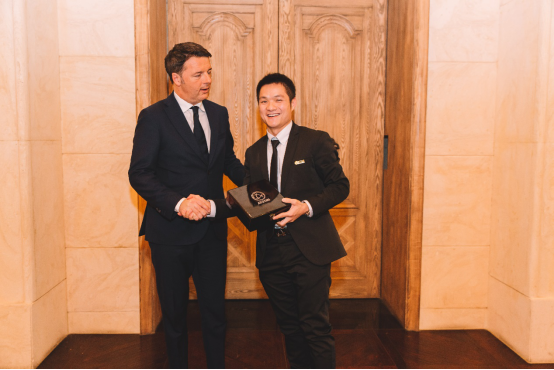 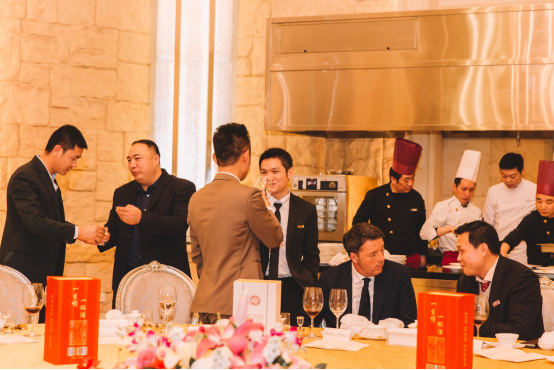 Atoshi CEO Liao Wang said that through this event, he has met many elites and ATOSHI will be more known to the world.