Hannover House Joins Forces with the Producers of the Award-winning Drama, GETTING GRACE, for National Theatrical Launch, March 23 Skip to main content

Hannover House Joins Forces with the Producers of the Award-winning Drama, GETTING GRACE, for National Theatrical Launch, March 23

Acclaimed Comedy from Writer-director Daniel Roebuck Follows a Teenaged Girl with Cancer, Who Forges an Unconventional Approach for Dealing with Her Impending Death.

LOS ANGELES, CA / ACCESSWIRE / January 14, 2018 / Hannover House, Inc. (OTC PINK: HHSE) and theatrical affiliate Medallion Releasing, Inc. have entered into an agreement with Getting Grace, LLC, the production company behind the comedy-drama, ''GETTING GRACE'', for a nationwide theatrical release this spring. The award-winning feature was written, produced and directed by Daniel Roebuck. Roebuck is one of Hollywood's most familiar faces. His acting resume spans 35 years and includes popular television hits (MATLOCK, LOST), blockbuster films (THE FUGITIVE), faith-based films (LET THERE BE LIGHT), horror films (HALLOWEEN 2) and one of the Internet's most watched original series (THE MAN IN THE HIGH CASTLE).

In Getting Grace, Roebuck portrays a small-town mortician whose world is rocked by a rambunctious teenaged girl dying of cancer, as she plans for her departure and a better impact lives for those who will survive her. Newcomer Madelyn Dundon plays the title character of Grace; Marsha Dietlen (LITTLE CHILDREN, NEWLYWEDS) plays Grace's mother, Venus; Duane Whitaker (PULP FICTION, HALLOWEEN II) plays Reverend Osbourne, and Dana Ashbrook (TWIN PEAKS) plays the successful and handsome author who challenges Roebuck's character (Bill) in a duel for the romantic attentions of the lovely Venus.

Roebuck produced the film with a team that included his wife, Tammy Roebuck, as well as Mark Rupp and Davie Cabral. The film was executive produced by Samantha Edwards, Mike Molewski, Mick Trombley, Zach Tran, Melanie Molewski and Robert ''R.J.'' Morris. GETTING GRACE was directed by Daniel Roebuck from a screenplay by himself and award-winning writer, Jeff Lewis.

Getting Grace premiered in September at the Northeast Film Festival in Teaneck, New Jersey, where it won Best Feature, Best Director, Best Actress (Madelyn Dundon) and the Audience Choice awards. The film was also exhibited in competition in October at the Adirondack Film Festival, where it won the coveted ''Best of the Best'' Audience Award, over notable contenders (including LOVING VINCENT).

Hannover House and Medallion Releasing will launch the film to theatres in top USA markets commencing March 23, with a campaign that will include non-traditional promotional events and cross-promotions designed to build audience interest. All of the top 20 largest markets are targeted, along with 20 additional key markets that collectively represent theatrical markets with about 80% of the total U.S. population.

''As a filmmaker, who has spent the last nine years bringing our 'Grace' to an audience, I am thrilled to be teaming with Hannover House and my long-time friend, Eric Parkinson,'' Roebuck recently commented from his Los Angeles home. ''Together we are hoping to make history with our extraordinary and unique approach to building audience interest for this film that has, so far, touched people of all ages and all faiths. We can't wait to share Grace with the rest of world!'' 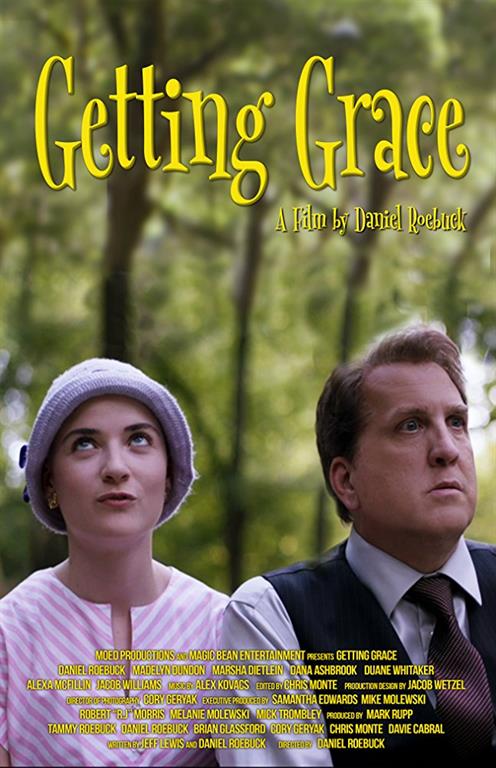 LOGLINE: When a spunky teenaged girl with terminal cancer decides to make her own funeral arrangements, she sets in motion a plan that affects all of those around her in unexpected and positive ways.

FILM SYNOPSIS: Audiences would be hard pressed to find a more likeable protagonist in any film. GRACE, the title character, is funny, sarcastic, empathetic and riveting. But, unfortunately, she is going to die.

Although Grace's time is short, her positive impact on the world around her is monumental. The story is about a young girl who knows that she is dying. Grace goes into a funeral home to learn about death and ends up teaching the disenfranchised funeral director, BILL, about life.

We soon learn that while trying to ''hedge the bet'' about her afterlife possibilities she is also trying her best to prepare her mother, VENUS, for a future without her only child. Venus, we learn, is not dealing with the sad imminent truth well and is reverting to her old ways of drinking and ''drugging.''

Simultaneously, Grace humorously hijacks an ironically named ''EMBRACE LIFE'' class offered by her hospital for children dealing with their own fatal diseases, and moves it to the funeral home. Not only does she do her best to teach the adults in her life to live their lives to the fullest, she has the same effect on her peers. And she discovers love, herself.

Grace is also desperately searching for someone to take care of her mother. Will it be Bill, REVEREND OSBURN (the hospital's chaplain) or RON, the charismatic and successful author of a book about the afterlife. Once those around her actually ''GET'' Grace (meaning they finally understand her), every one of them is able to transition to their own new life.

''GETTING GRACE'' is an extraordinary story with a lead character who affects a chain of positive events in the lives of all she come in contact with . . . be they doctors or morticians or her own mother. Through Grace, her loved ones learn that life need not be lived long to be lived fully.

LOGLINE: When a spunky teenaged girl with terminal cancer decides to make her own funeral arrangements, she sets in motion a plan that affects all of those around her in unexpected and positive ways.