Brooke Shields, Carrie Preston, Sterling Jerins and Game of Thrones Star Iwan Rheon Lead a Powerhouse Cast in this Poignant and Touching Drama About Love, Death and the Meaning of Life

The Hannover House release will launch at approximately one-hundred locations, and will be supported by a high-profile advertising, publicity, and marketing campaign to generate 350-million consumer impressions. Cast members will also be appearing on national talk shows, including NBC's highly rated "The Today Show" and Bravo's "Watch What Happens Live."

"This is the finest feature drama that Hannover House has ever handled," said C.E.O. Eric Parkinson. "We are honored to be handling this release and to be working with Daisy Force Pictures and Me Jane Productions on an impressive, high-profile consumer campaign. The film's appeal is universal and its themes both relevant and timely. We think that audiences will embrace the film and that positive word-of-mouth will help build momentum," he concluded.

The film's official trailer can be viewed on YouTube at: https://www.youtube.com/watch?v=pwxDGFVh_YE

Daisy Force Pictures and Me Jane Productions completed principal photography on the feature late last year, with principal photography occurring primarily in Savannah, Georgia. Daisy Winters is a poignant yet warmly humorous story about the courageous and resourceful eleven-year-old Daisy (Sterling Jerins) and her loving but unconventional relationship with her mother (Brooke Shields). Throughout this dark, original film, Daisy learns about life, love and gains an unrelenting belief in herself, along with the help of a cast of richly drawn characters.

Beth LaMure, Writer/Director said: "A passion of mine is to highlight and praise the work of women's performance in film. It was an honor to bring a story featuring a smart, strong, and adventurous young girl to the screen. Working with the iconic, beloved Brooke Shields, the dynamic young talent of Sterling Jerins and the rest of my amazing cast was truly a dream come true. I loved watching Iwan Rheon perform a role completely opposite to his detested 'Game of Thrones character!' I'm so grateful to have been able to make a film about such a remarkable young girl and her heartfelt relationships with an array of disparate characters."

Said Daisy Force LLC Jane Badler, Producer: "I have been looking for a project for years to put my time, passion and resource into. Daisy Winters grabbed me the first time I read it: it is a perfect script. Combined with the talent and energy of writer/director/producer Beth LaMure it is a once in a lifetime chance to get onboard the magical journey that is Daisy Winters. We are blessed to have an extraordinary cast and crew. I am so proud to be part of this beautiful film."

The film will premiere on Thursday, Oct. 5 at the Regal E-Walk theatre in New York City, followed by a national break on Friday, Oct. 6 to major markets.

The title character is performed by Sterling Jerins, a next generation star with an impressive resume at only 13-years of age. Some of Sterling's notable credits include "World War Z", "Conjuring 1 & 2" and the HBO series, "Divorce." The role of her mother, Sandy Winters, is portrayed by film legend Brooke Shields, who also launched her entertainment career at a very young age with the films "Pretty Baby" and "The Blue Lagoon," as well as numerous other features and television series including "Suddenly Susan." Actor Iwan Rheon, best known from his deliciously sinister role as Ramsay Bolton in the epic show "Game of Thrones," portrays the mysterious but helpful neighbor. Paul Blackthorne ("Arrow") figures prominently in the role of Robert Stergen, and Carrie Preston ("True Blood," "The Good Wife") plays the meddlesome but caring Aunt Margaret. The film was written and directed by Beth LaMure. Producers were Jane Badler-Hains ("V"), Deborah Moore ("The Mask", "Menace to Society") and Sean E. DeMott ("Crow's Blood").

Media members are invited to attend the film's official Media Day, on Tuesday, September 26 at Magno Sound, 729 Seventh Ave., New York, NY. Cast members will be available for interviews from 11-am until 2-pm, followed by private screenings for journalists and critics at 2-pm and again at 7-pm. A courtesy broadcast video crew will be provided. For more information on the film, or to schedule attendance during the Media Day interviews or screenings, please contact Eric Parkinson at: [email protected]. 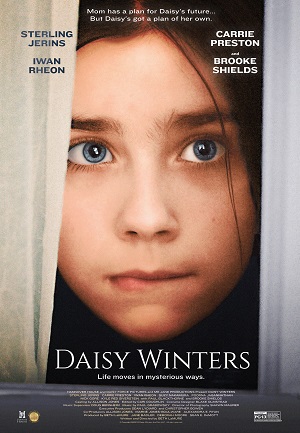 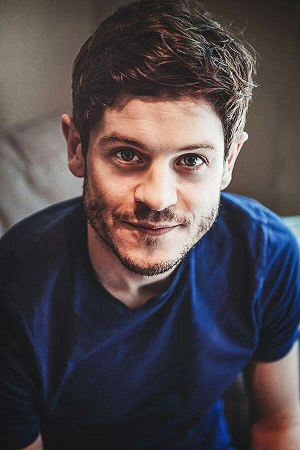