MOVE Network Raises US$1.5 Million in Seed Round by SMO Capital, The H Collective, DragonRoark Venture, and Soul Capital

MOVE Network Raises US$1.5 Million in Seed Round by SMO Capital, The H Collective, DragonRoark Venture, and Soul Capital

Progressive Crypto Company Will Use the Fund to Expand Globally as the World's Leading Aggregator of NFTs.

TORONTO, ON / ACCESSWIRE / May 20, 2021 / MOVE Network, a blockchain crypto start-up, announces today the closure of its seed financing round investment of 1.5 million US Dollars by SMO Capital, The H Collective, DragonRoark Venture which is a partner fund of DraperDragon, and Soul Capital. The financing will be used to fund MOVE Network's continued global expansion and for further development of its proprietary blockchain technology platform. 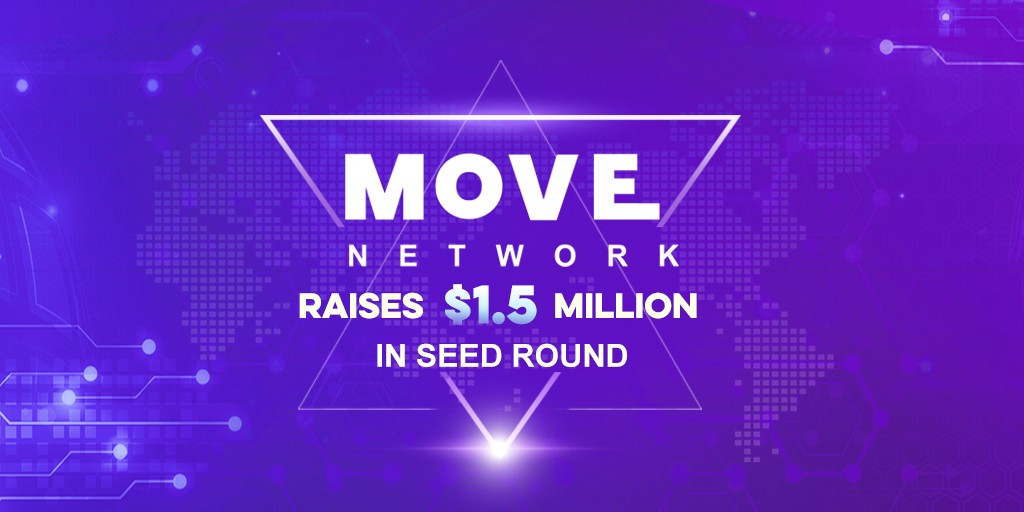 MOVE Network was co-founded and is led by experienced serial entrepreneurs:

"We are excited as this seed investment will provide MOVE Network expansive resources, ownership of diversified IP and the ability to provide access to unique NFT offerings for new and existing market participants." said Ricky Ng. "The MOVE ecosystem is designed to support the upcoming NFT big wave with different blockchain solutions. Cross-chain solutions are our major cut-in point for NFT in the next phases."

"MOVE has begun the process to be publicly listed in 2021, enabling additional investors access to this highly sought-after technology. The added investment and partnership with The H Collective will create continued value for the film industry, by giving filmmakers access to a new and growing channel of exposure. Our MOVE Network will provide IP creators with ultimate control over their assets, security and peace of mind for transactions done on the MOVE Market - where exclusive content can be bought, sold, and traded by end-users using cryptographic token assets across a multitude of IP categories including entertainment, music, artwork and sports." said Daniel Bokun.

NFTs have completely disrupted the global marketplace and have redefined the meaning of ‘value'. MOVE Network is capitalizing on this growth by supporting industries to be more adoptive in using its NFT ecosystem. "Perhaps no industry has been impacted greater by the proliferation of NFTs than entertainment. We are extremely excited about the investment into MOVE Network to launch the NFT project," said Kent Huang, Founder of The H Collective. "Several companies have approached us about investment on NFT projects. We see much potential in NFT and believe that the growth of streaming services is causing a shift away from private film ownership in the film industry." With the explosive growth of the NFT ecosystem in 2021, MOVE Network sets out to be the largest global NFT aggregator, and a low cost, secure and highly energy-efficient platform to support the fast-expanding NFT ecosystem.

"What attracted us to the MOVE Network is their product experience, management team and extensive IP licensing. This combination gives MOVE Network a unique value proposition over their peers. SMO is very proud to be a seed investor and is excited to be able to leverage our mutual networks for adding even more value to existing businesses and partnership." said Paul Howard, Managing Partner of SMO Capital.

MOVE Network sets out to be the world's largest NFT aggregator covering a wide spectrum of NFT products. MOVE Network allows enterprises and start-ups to capture value today by using blockchain technologies to trade, stake, create and auction assets. The MOVE Network comprises of the MOVE market, the $MOVD token and the MOVE Chain. Users can use MOVE Network to own NFT IPs covering entertainment, music, artwork and also eSports. The MOVE team collaborates with different IP distribution partners for NFT issuance in Asia and North America.

About The H Collective

Founded in June 2017, The H Collective is a comprehensive and independent film corporation with businesses including film and television production, film and television financing, marketing and distribution as well as the operational management for IPs, with original English language IPs as its core. It focuses on films and televisions, recreational industry, and cultural industry.

SMO Capital is an Asia-based venture capital firm specializing in small- to mid-cap crypto project launches. With experience of almost ten years in blockchain technologies and partners across Asia, Europe and US, SMO Capital takes an active role in building businesses. SMO's recent focus has been on infrastructure, DeFi and NFT companies in Greater Bay Area and beyond.

Established in March of 2006, DFJ DragonFund was the joint venture between the internationally recognized venture capital firm Draper Fisher Jurvetson (DFJ) and DragonVenture, which provided pioneer venture capital in China in the late 90's. Since its inception, DFJ DragonFund managed two US Dollar funds "DFJ DragonFund I" & "DFJ DragonFund II" and one RMB fund. In 2014, the DFJ Global Network rebranded as the Draper Venture Network. With the launch of its 3rd US Dollar fund in 2016, DFJ DragonFund henceforward became known as DragonRoark. DragonRoark is a sector agnostic early-stage fund. It looks for companies with innovative technologies and business models with market appeal in Silicon Valley and in China. Headquartered in Silicon Valley with management and consulting offices in Shanghai, China, DragonRoark commands substantial resources and capabilities developed over two decades of venture capital investing.

Soul Capital is a family-owned private entrepreneurial company which focuses on investing in innovative and emerging technologies and internet companies with ingenious ideas. Its investment ranges from early-stage companies with great potentials to later-stage companies which stand at a leading position in their respective industries. Soul Capital's main investment regions include the United States, Indonesia, India, Singapore, Japan and Hong Kong. Its international connections grant Soul Capital access to high quality and exclusive deals with great potential. Soul Capital believes that advances and improvements in technology bring disruptive innovation and create the biggest investment opportunities. Other than fundamentals, Soul Capital pursues growth of capital by evaluating the investment target's team and values which are the essence of every company. Picking the right business run by the right management team is its core investment philosophy.