"It is exciting to discover a new near surface oxide gold zone at Slumber. Hole SL-11, intersected 18.3m grading 0.52 g/t Au in silicified rhyolite. To follow up, NV Gold will be initiating its new field season at Slumber with additional detailed mapping and execution of a new soil sampling grid to assist in delineating this newly discovered near-surface oxide gold zone. Structural data from mapping will also help us target the potentially higher grade mineralized structures that fed this system. We anticipate being able to conduct follow up drilling later this year," commented Peter A. Ball, President and CEO of NV Gold. "In addition, we appreciate the incredible response to our recent private placement announced May 5th, 2021, which is expected to close in the next few days." 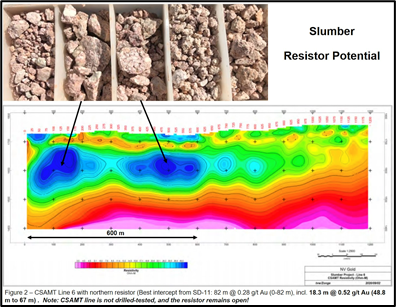 Figure 2 - Slumber holes terminated before reaching desired depth due to water in holes.

NV Gold (TSXV:NVX)(OTCQB:NVGLF) is a well-financed exploration company based in Vancouver, British Columbia that is focused on delivering value through mineral discoveries in Nevada, USA, leveraging its highly experienced in-house technical knowledge.

This news release includes certain forward-looking statements or information. All statements other than statements of historical fact included in this release, including, without limitation, statements regarding the Company's planned exploration activities, including the planned Phase 3 deep core hole program at the Slumber Gold Project, that source of the mineralized resistive blanket is believed to be higher grade feeder structures at depth, the potential for a discovery at its properties, and the closing of the May 5th, 2021 private placment, are forward-looking statements that involve various risks and uncertainties. There can be no assurance that such statements will prove to be accurate and actual results and future events could differ materially from those anticipated in such statements. Important factors that could cause actual results to differ materially from the Company's plans or expectations include regulatory issues, market prices, availability of capital and financing, general economic, market or business conditions, timeliness of government or regulatory approvals, the extent to which mineralized structures extend on to the Company's Projects and other risks detailed herein and from time to time in the filings made by the Company with securities regulators. The Company disclaims any intention or obligation to update or revise any forward-looking statements whether as a result of new information, future events or otherwise, except as otherwise required by applicable securities legislation.