A simple solution to streaming will be within easy reach of millions of consumers via national retailers.

ORLANDO, FL / ACCESSWIRE / April 5, 2021 / A new Streaming TV Kit is poised to hit retail shelves, backed by powerful promotion and distribution efforts that FreeCast has been securing over the past year. The kit will include a one-year subscription to FreeCast's "one-stop-shop" streaming service aggregator, SelectTV, as well as an HDTV antenna allowing users to receive their local broadcast stations and live 24/7 support. Everything a consumer needs to cut the cord will now be available in a single box which consumers can buy from local retailers for just $24.99.

After debuting its Cord-Cutting Kit last year, via national TV commercial spots developed with Shark Tank's Kevin Harrington, the company is now targeting a wider audience with its updated "Streaming TV Kit." Whether a consumer has already switched away from cable or satellite TV, or has reservations about doing so, the overwhelming number of streaming services and network apps remains an obstacle.

FreeCast's solution to that problem is the heart of the Streaming TV Kit: a one-year subscription to SelectTV, a service that brings together content from dozens of streaming apps and websites. All the online video that the web has to offer, including on-demand shows and movies as well as live streaming channels, from free and paid sources, are made accessible via a single interface that's available on all internet-connected devices. The kit is also available online at StreamingTVKit.com.

FreeCast CEO William Mobley discussed the preparations the company has made that will allow them to access millions of new customers via retail: "We've got a lot of pieces coming together that are designed to position us for very rapid growth. We have one of the best partners for that in DPG Distribution, one of the largest distributors to major retailers who can put our product on the shelves of Walmart, Target, Best Buy, and more. We're going to have continued promotion from TV commercials with advisement from Kevin Harrington. And we're in the implementation stages with one of America's premier digital media companies for a marketing strategy that will be second to none." 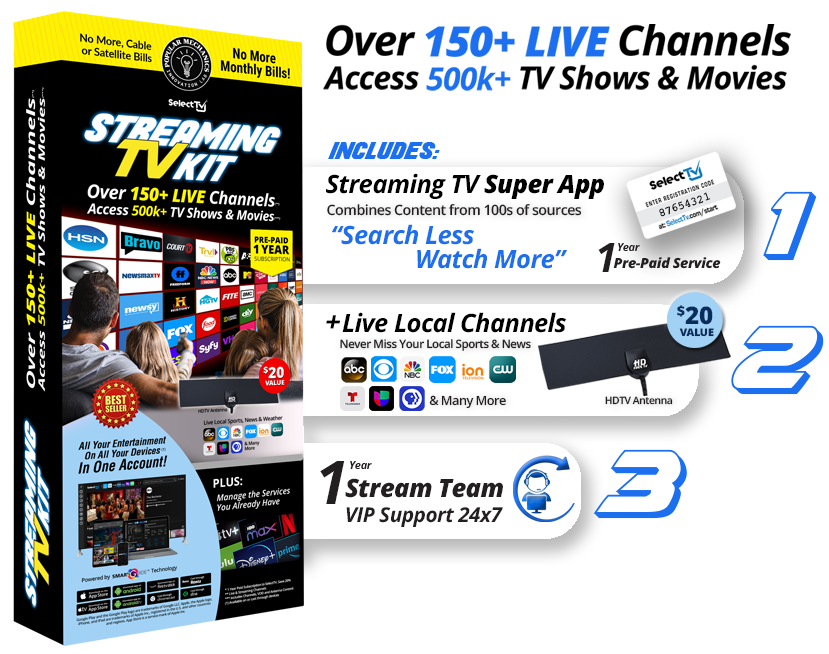