TORONTO, ON & NEW YORK, NY / ACCESSWIRE / March 15, 2021 / Khurram Shroff, Chairman of Dubai's IBC Group, has confirmed that the company will move its corporate headquarters to Toronto, the capital of the Ontario province of Canada. The IBC Group has also instituted a more flexible work policy for its employees, who can choose their office location or continue to work from home. 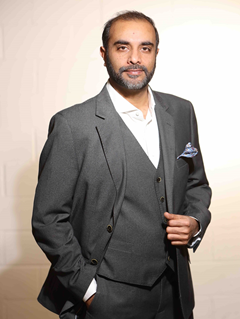 The IBC Group, one of the Middle East's oldest Blockchain investment companies, has more than 700 employees worldwide and investments in over 4,000 Blockchain projects. Founded in 2014, the IBC Group is currently headquartered in Dubai, UAE. However, in a move prompted by Toronto's rapidly growing status as a tech hub, the IBC Group has announced that it will be shifting its corporate headquarters to the Canadian city.

Tens of thousands of immigrant tech workers have flocked to Toronto in the past few years, making it the fastest-growing tech hub in North America. According to a recent study, 25% of Canada's workforce is made up of immigrants. And in the tech space, that number is an even higher, 40% or 350,000 workers.

"We have over 100,000 people immigrate to the Toronto region each year, which is twice as many as the San Francisco Bay Area," said Jason Goldlist, cofounder of TechToronto, a community for tech innovators that organizes a monthly technology event, where entrepreneurs get to meet and learn from, Toronto's tech leaders.

More than 140 languages are spoken in Toronto, making it the most multicultural city in the world, as well as being a hub for innovation and cutting-edge tech, such as Blockchain. The Toronto Stock Exchange recently listed the world's first Bitcoin ETF, and iMining Blockchain and Cryptocurrency Inc. (iMIN), which is set to acquire the IBC Group-backed CanETH subject to final approval by TSXV, emerged as the best performing stock on the TSX Venture Exchange, on its first day of public trading.

Khurram Shroff, Chairman of the IBC Group, points to these strengths as the drivers behind the company's decision to move its corporate headquarters to Toronto. "We believe this move best positions us for growth, as well as providing our personnel with more flexibility about where and how they work," Khurram elaborated.

IBC Group has been at the forefront of Blockchain-based projects and initiatives globally. The group's investment in the POS Blockchain was instrumental in the Ethereum 2.0 beacon chain reaching the required threshold for its launch in December 2020. Ethereum is the world's second-largest Blockchain, with a market cap of over $200 Billion. The company also made headlines with a 100,000 Bitcoin pledge, which aims to set up the Miami 2.0 Blockchain Strategy. This IBC initiative will help Miami achieve its ambition of becoming a leading technological hub in the United States by leveraging 3 strategic pillars: Government Efficiency, Tech Industry Attraction, and Effective Leadership.

Despite the decision to move its corporate headquarters to Toronto, the IBC Group will retain its presence in Dubai. "We will continue to support major hubs for the IBC Group around the world, including those in Dubai, Kiev, London, Lisbon, and Nairobi, among others. We also expect to add other locations over time," Khurram confirmed. 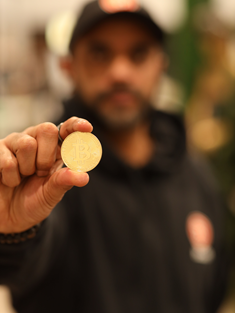 Arab ‘whale' Khurram Shroff, whose IBC group has invested in over 4000 different Blockchain projects, has been an ardent champion of Blockchain and was also instrumental in the recent launch of Ethereum 2.0 through an investment of around 100,000 Ether staked. Khurram is an award-winning global banking and finance leader who has been featured in the prestigious list of the "Top100 Most Powerful and Influential Muslims in Great Britain and the World" by Power100. He is the Chairman of IBC Group, which is a substantial Global Real Estate and Tech investment company based in the UAE, as well as Chairman of Gallery Suites, which focuses on inspirational living with bespoke art collections in holiday home properties across the Middle East and Asia.

IBC Group Limited is a Substantial Investment Company based in the UAE since 2014, with a focus on private equity investment in Blockchain Technology, Real Estate, and Art. Since its inception, IBC Group Limited has focused on investments with a strategic, ethical, and innovative strategy, leveraging strong partnerships and cutting-edge technologies. https://www.ibccapital.org/