VANCOUVER, BC / ACCESSWIRE / February 18, 2021 / Endurance Gold Corporation (TSXV:EDG) (the "Company") is pleased to report assay results from two (2) additional reverse circulation ("RC") drill holes completed in December 2020 at its Reliance Gold Property (the "Property") in southern British Columbia. The Property is located 4 kilometres ("km") east of the village of Gold Bridge with year-round road access, and 10 km north of the historic Bralorne-Pioneer Gold Mining Camp which has produced about 4 million ounces of gold. Assay results are still pending on the remaining eleven (11) drill holes.

RC20-009 was drilled from the road under the Eagle 3 channel sampled outcrop that averaged 23.5 m grading 4.88 gpt gold and the hole intersected gold mineralization commencing at a 1.5 m down hole depth. RC20-013 was drilled on the same section as RC20-009 and extended the gold mineralized zone by 25 m down dip. Based on drilling results to date, the Eagle Zone mineralization is interpreted to be hosted within a low-angle shear structure striking northwest and dipping southwest at approximately 35 degrees. A drill hole plan map and the vertical section (5635770N) for the newly reported holes from the Eagle Zone are appended below and available on the Company website.

"The encouraging estimated average true widths of 14.6 metres observed to date at the Eagle Zone, the sample-to-sample continuity of the gold zones, the excellent potential to expand both down dip and to the southeast offer some exciting exploration potential at the Eagle Zone", stated Robert Boyd, CEO of Endurance Gold. "Together with the additional exploration potential along the 2.0 km trend of the Royal Shear and now the Treasure Shear, we look forward to an exciting 2021 exploration season at Reliance."

Results for the remaining eleven (11) drill holes are expected to be received and reported through March. As reported in our News Release dated January 6, 2021, pXRF analysis identified significant intervals of enriched arsenic and antimony in fourteen (14) of the sixteen (16) drill holes completed. The encouraging intersections in the five reported holes together with elevated pXRF arsenic results provide reason to expect that a further nine (9) holes will report additional gold-bearing intervals at the Eagle, Eagle South, Imperial, and Imperial North zones.

In anticipation of additional encouraging results from the 2020 drilling, we have initiated planning for the 2021 exploration program which will include further drilling on the Property.

Endurance Gold Corporation is a company focused on the acquisition, exploration and development of highly prospective North American mineral properties with the potential to develop world-class deposits.

RC samples were collected under the supervision of a geologist at the drilling rig. Drilling was completed using a 3.5 inch hammer bit and rock chip samples were collected using a cyclone. Sample size were reduced to 1/8th size with a riffle splitter at the drilling rig. A second duplicate split and coarse chips were collected for reference material and stored. All RC samples were submitted to ALS Global in North Vancouver, BC, an ISO/IEC 17025:2017 accredited laboratory, where they are crushed to 70% <2 mm then up to 250 gram pulverized to <75 microns. Samples are then submitted for four-acid digestion and analyzed for 48 element ICP-MS (ME-MS61) and gold 30g FA ICP-AES finish (AU-ICP21). Over limit samples returning greater than 10 ppm gold are re-analyzed by Au-GRA21 methodology and over limit antimony returning greater than 10,000 ppm Sb are re-analyzed by Sb-AA08 methodology. The pXRF analysis was conducted by a Company geotechnician at the project site on the RC coarse chips that were saved as reference material. An Olympus Vanta XRF Analyzer was used for the analysis which is capable of measuring elements from concentrations as low as single parts per million (ppm).

The work program was supervised by Darren O'Brien, P.Geo., an independent consultant and qualified person as defined in National Instrument 43-101. Mr. O'Brien has reviewed and approved this news release.

Neither the TSX Venture Exchange nor its Regulation Services Provider (as that term is defined in the policies of the TSX Venture Exchange) accepts responsibility for the adequacy or accuracy of this news release. This news release may contain forward looking statements based on assumptions and judgments of management regarding future events or results that may prove to be inaccurate as a result of factors beyond its control, and actual results may differ materially from the expected results. 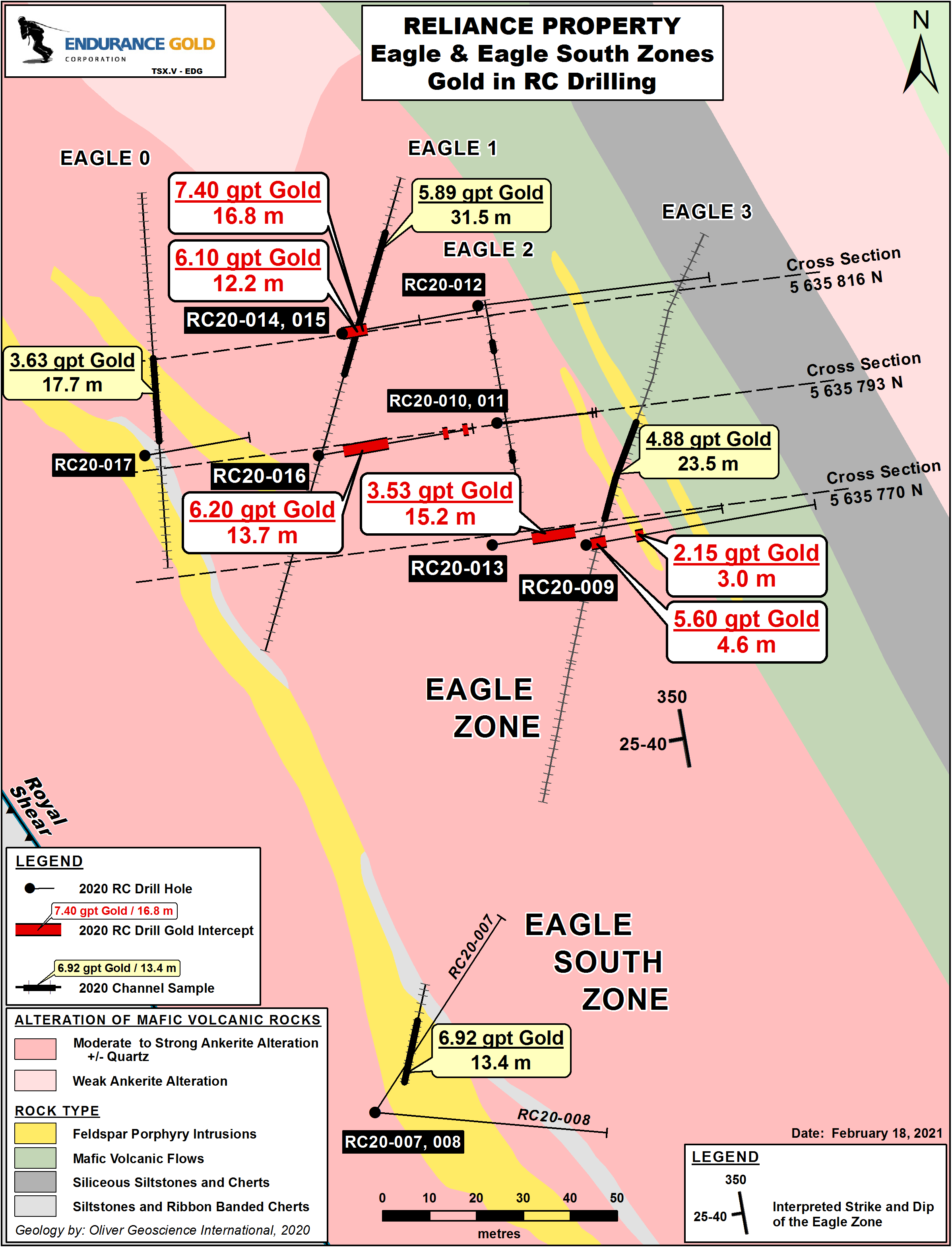 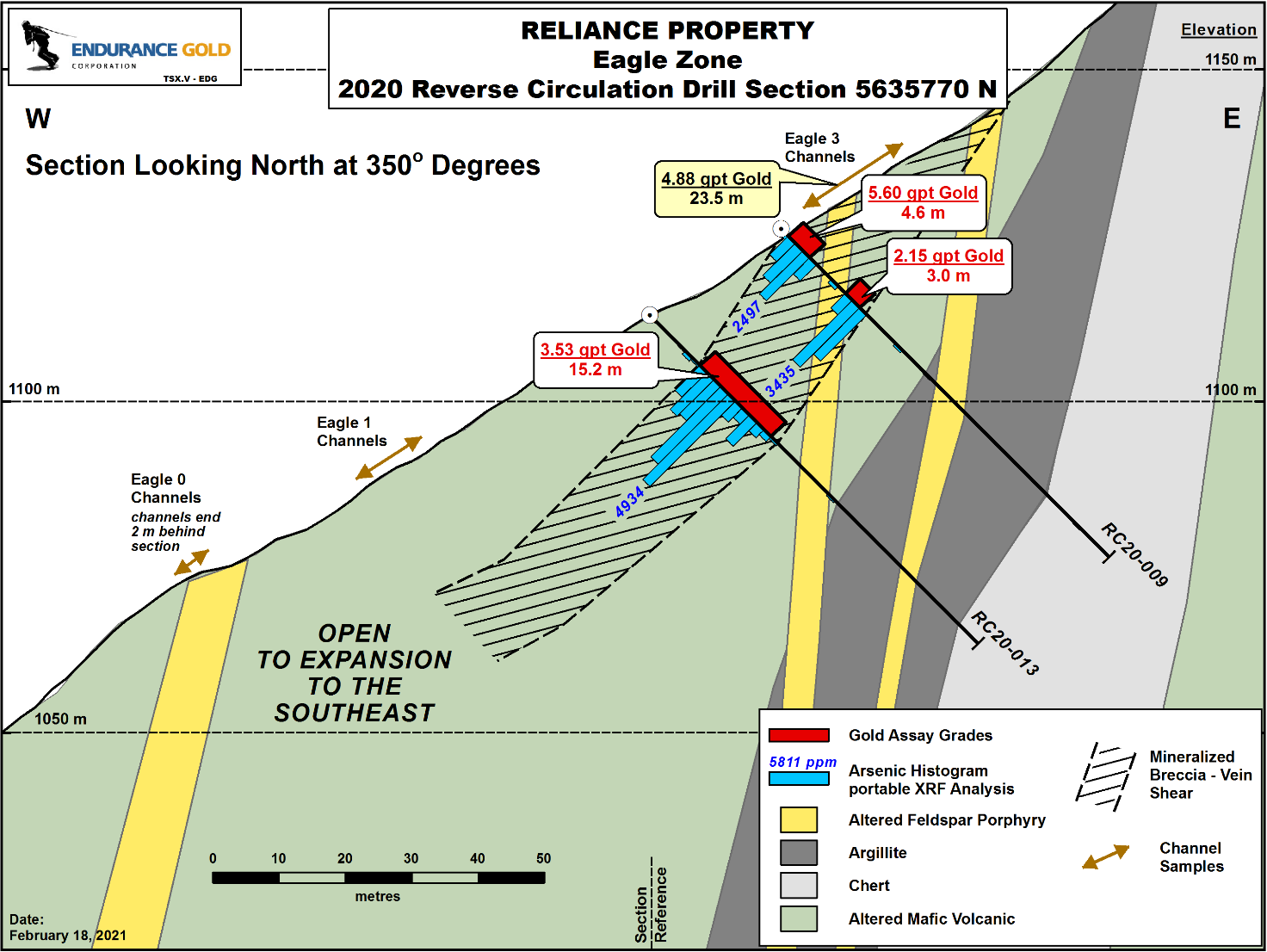