NEW YORK, NY / ACCESSWIRE / February 2, 2021 / The Delaware Nation Lenni Lenape People, in efforts to protect Lenapehoking, the Lenape word for their homelands, from the growing threat of Corporations Posing as Indigenous Nations (CPAIN) have appointed their Hereditary Chief, Daniel "StongWalker" Thomas as the official tribal representative to "combat" the rising threat. 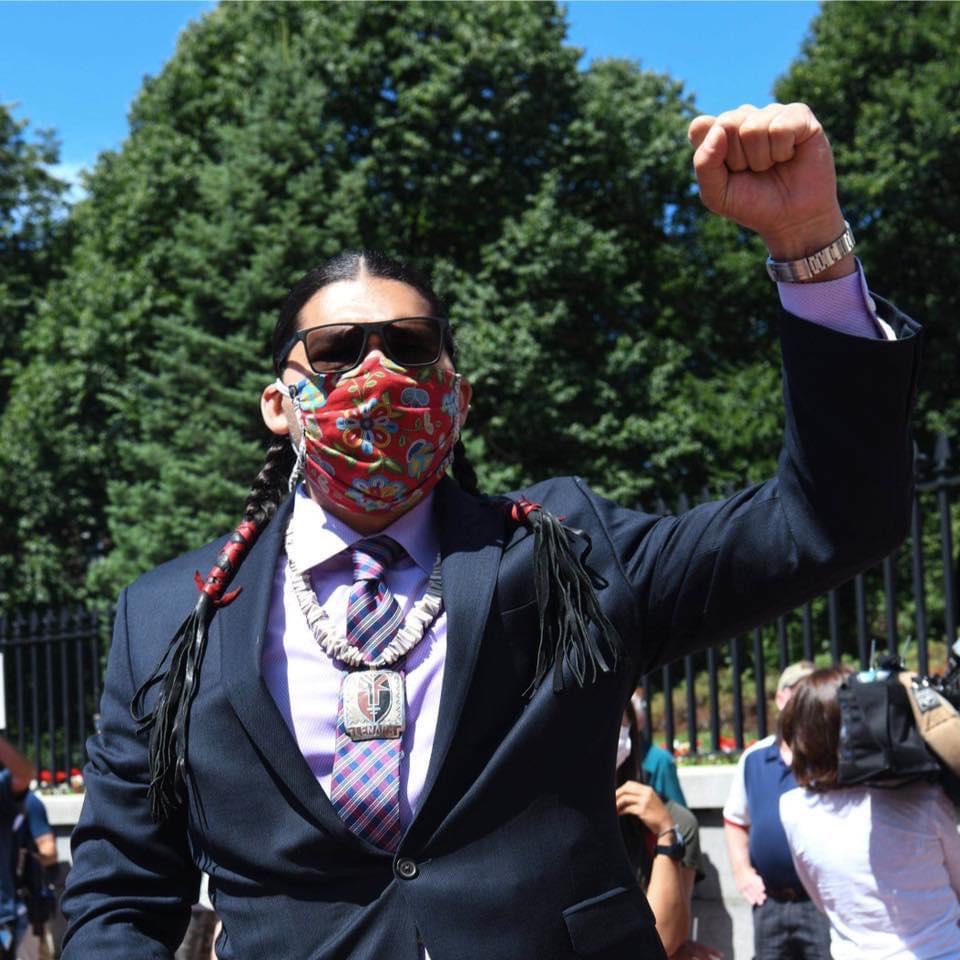 "The forced removal of the Lenape People from Lenapehoking, combined with continued exclusion from contemporary events and happenings, has resulted in various Corporations Posing as Indigenous Nations (CPAIN) groups seizing claim to Lenape history, spirituality and culture" said Chief Daniel StrongWalker Thomas. "These organizations vary in structure, sophistication, stated purpose, and funding, yet all mask their theft within a robe of cultural preservation and unproven indigenous lineage. If a ‘pretendian' is an individual who falsely claims indigenous lineage, than CPAIN is what happens when a group of them decide to form a corporation, usually a non-profit, and pass it off to the public as a tribe."

In the capacity of combating CPAIN, Chief Daniel StrongWalker Thomas will serve as a bridge builder with other federally recognized Indian nations, politicians, and educators as well as a conduit of communications for authentic allies who wish to support the true Lenape people.

"Indigenous people come in all shades and complexions; it is impossible to determine who is truly Native based on appearance. This is not an initiative to further the color divide within Indian country. There is simply a process to become an enrolled tribal member, if someone doesn't meet the criteria for enrollment, then what would give them authority to create their own ‘tribe?'" asks Chief Daniel StrongWalker Thomas. "This is an initiative to preserve our identity and protect our homelands. We are also hoping to protect our well-meaning allies from falling victim as they often donate their land, time, energy and funds to these CPAIN frauds."

In 1682, the Lenape, signed the famous treaty with William Penn and on September 17,1778 the Delaware Lenape became the first Nation to sign a treaty with the United States of America. However, by the turn of the 19th century Chief Daniel StrongWalker Thomas' band had only 90 souls. Today the original people of New York, New Jersey, Pennsylvania, Delaware and the Berkshires in Massachusetts find themselves connected by culture, family and heritage but separated into 5 different communities in three different states and two countries:

"After extensive efforts and research the Delaware Nation says with confidence and without a doubt, that no Lenape were left behind! In the combined wisdom of the Delaware Nations, President Deborah Dotson and our Executive Council, it was determined the damage done to authentic Lenape communities and our allies by CPAIN has reached a point that we must unify and fight back. The pow-wow hobbyists of the 70's and 80's have come together, incorporated, called themselves tribes and now number in the tens of thousands. We need to make a collective stand now before the landscape of Indian country is overrun by CPAIN and there will be no telling who is authentic and who is not." Warns Chief Daniel StrongWalker Thomas.

About Chief Daniel StrongWalker Thomas is President of the Board of Directors and serves as Chief Servant Leader of the Global Initiative for Indigenous Advancement.

Daniel has a background in economic and business development. An entrepreneur who has been at the helm or in a c-suite role with multiple organizations ranging from professional services, retail, publishing and property management. Daniel attended Salem State University and his passions are his family, his people and creating opportunities for all Indigenous People.