LOS ANGELES, CA / ACCESSWIRE / February 1, 2021 / Bob Goldstein, CEO of US Nuclear Corp (UCLE:OTCQB) weighs in on asteroid mining, "Mining of rare and valuable metals from the asteroids has long been fantasized, but then disregarded as something that is in the distant future. However, recent breakthroughs in fusion energy could lead to a new generation of faster, more powerful spacecraft propulsion systems, precisely for the purpose of asteroid mining expeditions."

The mining of asteroids has long been viewed as a vast source of wealth consisting of rare earth elements and precious metals. The short supply and high prices for these minerals have put us at odds with other countries, disrupting the supply chain of phones, computers, electric cars, and slowing our economic growth. In fact, terrestrial reserves on Earth could be exhausted within the next few decades.

Back on December 5, 2020, a metallic asteroid 140 miles wide and worth an estimated $10,000 quadrillion in value made its closest approach to our planet. With NASA and other companies investing in and developing nuclear power for use in space travel and colonization, the reality of mining asteroids is closer than ever before. 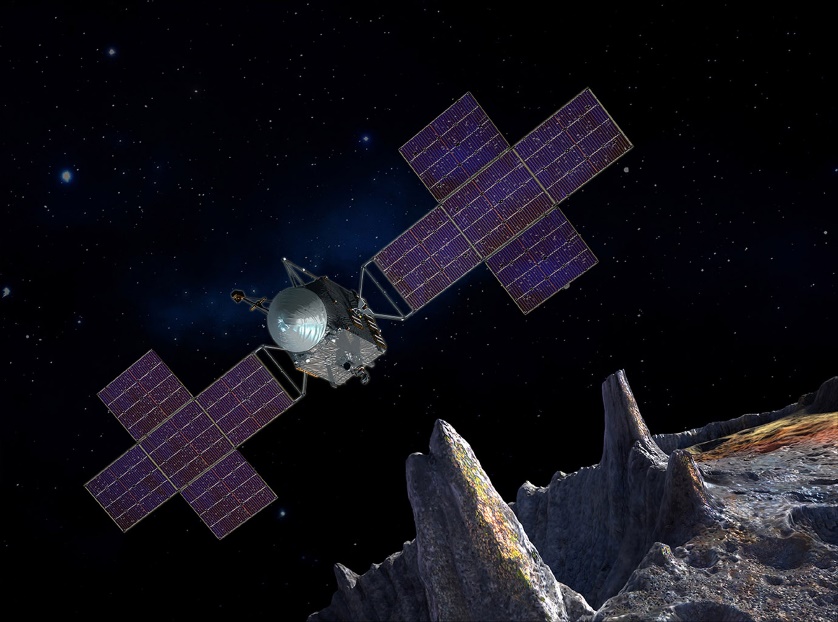 There are several million asteroids. They fall into three main types: carbonaceous asteroids, metallic asteroids, and mixed salicaceous-mineral-metallic asteroids. Many of the metallic asteroids are composed mainly of nickel and iron, but also contain sizeable quantities of important rare earth elements and precious metals including platinum and gold. A metallic asteroid just 25 meters across could contain as much as 30 tons of platinum valued around $1 billion. 16 Psyche is a staggering 226 kilometers (140 miles) wide and the most mineral rich asteroid so far detected. It is speculated that 16 Psyche could be worth about $10,000 quadrillion (or €8,240 quadrillion euros). To explore 16 Psyche in greater detail, NASA has approved the Psyche mission, which is scheduled to launch in August 2022. The spacecraft will orbit around 16 Psyche for 21 months while studying the asteroid using a number of different scientific instruments. Twenty four percent of all asteroids are thought to be composed of metals and rare minerals. While it is quite difficult to analyze asteroid composition from here on the earth's surface, there are another 10 asteroids have been identified as likely cost-effective mining targets to date.

There are hurdles to overcome when it comes to mining an asteroid, such as: financial feasibility (space ventures are high-risk, long-term, heavy capital investments), building the infrastructure required to mine and process the asteroid, and transportation to/from the asteroid or even transporting the asteroid itself to a safe orbit around the Moon or Earth. However, with US government, private, and public companies alike committed to developing nuclear power and propulsion systems for space travel and colonization, and it is only a matter of time before we start mining asteroids to cover our depleting terrestrial reserves and enable human expansion into the solar system.

With proven successful fusion energy experiments under their belt, US Nuclear and MIFTI believe they are only a few years away from building the world's first fusion power generator. Fusion power releases up to four times as much energy as fission, and uses fuel that is lightweight, low-cost, safe, and sustainable. Spacecraft with fusion powered propulsion systems could not only reach the asteroid belt in as little as 7 months, but could be powerful enough to transport the asteroid to an earth orbit where it would be much more efficient to mine and transport these valuable resources to earth.

Investors may find additional information regarding US Nuclear Corp. at the SEC website at http://www.sec.gov, or the company's website at www.usnuclearcorp.com