Want to Get into Harvard? AdmissionSight, Formerly IvyCollegeAdmit, Has the Answer

Want to Get into Harvard? AdmissionSight, Formerly IvyCollegeAdmit, Has the Answer

CUPERTINO, CA / ACCESSWIRE / January 26, 2021 / IvyCollegeAdmit, an Ivy League admissions consulting company, has officially announced that it has changed its company name to AdmissionSight.

The admissions consulting company boasts an impressive 75% track record to the Ivy League and top universities, with students attending Princeton, Harvard, Stanford, Yale, MIT, UChicago, UPenn, Berkeley, and other crème of the crop universities every year.

"We chose the name AdmissionSight because it represents all aspects of the admissions process whether it's the college, transfer, graduate, and international admissions process, not just the Ivy League," says Eric Eng, its Founder and CEO. "If we know how to nail down Ivy League admissions, we can certainly expand our scope to virtually anything else." 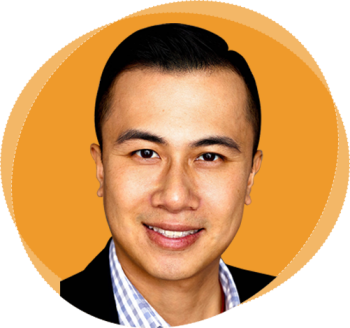 The full list of services offered by AdmissionSight include, not are but limited to:

In recent years, the impressive college admissions consulting company has also sent students to Oxford and Cambridge. At the graduate level, the company has helped some students get place as finalist in the prestigious Rhodes Scholarship as well as the graduate computer science program at Stanford.

Of particular note is the rising influx of students from Asia, particularly China and Hong Kong, who aspire to get into prestigious US universities. According to The Economist, Chinese students studying abroad are increasing to well over 300,000 every ear, with the United States the key destination of choice, followed by Australia and the United Kingdom.

A big pain point for many of these students is navigating the often times illusive and mysterious admissions process. Parents tend to highly value education, and AdmissionSight seeks to serve this eager and ambitious customer base to help them get into the school of their dreams.

"If you need SAT prep, we've got you covered. If you need to compete in the Intel Science and Engineering Fair, we have consultants ready to assist you as well," says Eng. "We don't sugarcoat the admissions process - it's cutthroat competitive and you need to be at the top of your game to succeed. But parents and students can be rest assured that we will support and guide them through every step of the way."

AdmissionSight is a full service admissions consulting company with over 10 years of experience guiding students through the competitive admissions process to college, transfer, graduate, and international programs.

AdmissionSight's services include SAT/AP preparation, preparation to national academic competitions, extracurricular involvement, summer program applications, personal statement editing, interview preparation, and letter of recommendation strategy. On average, 75% of their students are admitted to an Ivy League university, Stanford, MIT, UChicago, and Caltech, one of the highest track records in the industry.