BARCELONA, SPAIN / ACCESSWIRE / January 22, 2021 / The UniCrypt network is set to roll out a first-of-its-kind decentralized launchpad platform that allows anyone to launch a project in a decentralized manner. The launchpad release is scheduled for the end of January / early February. 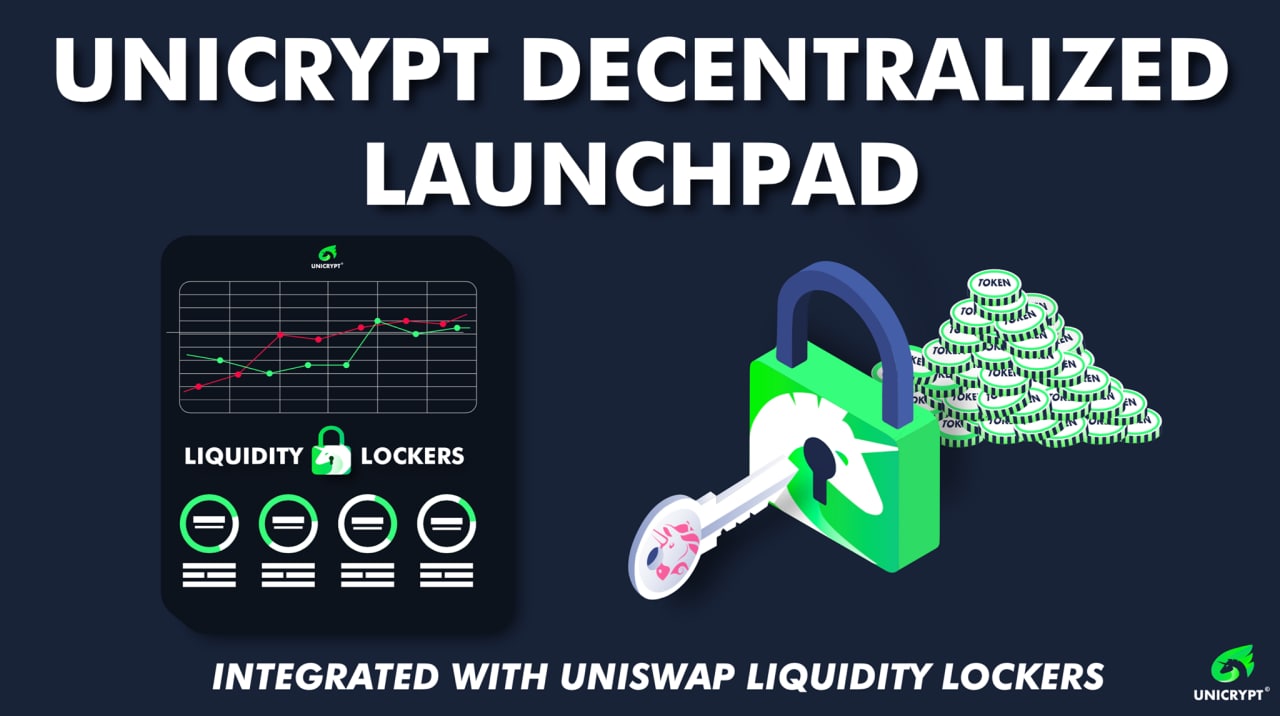 Any project can run their presale on the UniCrypt Launchpad in the same way as any token is free to list on Uniswap, essentially turning the UniCrypt platform into Uniswap for pre-sales. The platform intends to give investors an alternative to centralized launchpads such as Binance pad, Swap pad, Unilayer pad, and Ddim pad, where new projects must apply and wait for acceptance.

The revolutionary UniCrypt platform closes the final safety gap between presales and market initialization. The next update on the Unicrypt pad after the pre-sales will introduce whitelisted auditors who contribute and flag tokens as 'audited.'

Tokens/contracts that appear malicious will be visible within the presale itself. Furthermore, malicious minting functions, proxies, or blacklists will be quickly flagged and alerted to users in a decentralized way.

All dapps on the platform are audited by Chainsulting and automated to generate fees that benefit the project and token holders!

UniCrypt's fully decentralized presale platform will transform DeFi by allowing any legitimate project to launch easily and swiftly. Any project team can use the launchpad to set a soft cap and hard cap, enable the whitelist, and set up the number of rounds for the presales.

The second round is open either for anyone or for the whitelisted address list created by the token team using the Unicrypt function (available on the platform UI). This presale round can last between 1 second and 2 weeks and deploys diverse options (ETH, USDC, USDT, DAI).

The UniCrypt presale platform is 100% automated and has built-in liquidity locks with Uniswap v3 migration. This functionality enables developers to publicly lock liquidity on Uniswap for a preset time period, guarding investors against a possible rug pull.

Moreover, the platform incentivizes staking by rewarding the top 100 holders of UNCX or UNCL with a share of presale fees. Other than encouraging investors to hold, the reward mechanism ensures that projects start off with more holders.

Requirements for Running A Presale on UniCrypt

Every presale must lock at least 30% of the liquidity pool on Uniswap (up to 100% supported… and recommended). The pre-sale platform is public and fully integrated with UniCrypt liquidity lockers. Whitelists are a function when applicable.

After the successful close of a presale round, markets can be initiated by a publicly callable function. Project developers can only withdraw their funds after pairs have been initialized and liquidity locked. In case a presale fails, all investors are redeemed fully for their contribution.

The UniCrypt project team plans to introduce a token vesting dapp that is usable as a standalone product, similar to the liquidity lockers. This dapp allows teams to lock their tokens directly from their project's genesis.

Solving the Issue of Investor Confidence in DeFi

Unlike other centralized and controlled launchpads, UniCrypt offers an entirely autonomous option that focuses on simplicity, fairness, and giving investors exposure to exclusively top-quality projects.

UniCrypt deploys an intuitive approach to protect investors from new DeFi projects attempting to pull liquidity out of their Uniswap pools abruptly.

The upcoming launchpad release will use the UNCX & UNCL token to serve as a way for new projects to access completely decentralized, autonomous, and scalable pre-sales in advance.