LOS ANGELES, CA / ACCESSWIRE / January 11, 2021 / On December 16, 2020, the White House issued Space Policy Directive-6 (SPD-6), which outlines a national strategy for using space nuclear power and propulsion (SNPP) systems in a safe and effective manner. The new policy directive confirms the United States' commitment to using SNPP systems and establishing nuclear power stations on the moon and beyond, which is good news for US Nuclear (OTCQB:UCLE) and partner MIFTI, who have designed and are testing thermonuclear fusion power generators.

Scott Pace of the National Space Council, commented "Space nuclear power and propulsion is a fundamentally enabling technology for American deep-space missions to Mars and beyond. The United States intends to remain the leader among spacefaring nations, applying nuclear power technology safely, securely, and sustainably in space." The key factor for enabling space travel are the new nuclear powered propulsion systems, as traditional chemical powered rocket fuels are hopelessly weak. DARPA, NASA, and the US Space Force have recently gotten serious and deployed the nuclear option. Why? Nuclear fuels and nuclear power systems, such as the highly-regarded MIFTI Z-pinch fusion reactor, can deliver 10,000,000 times the work (or energy) per payload pound than the chemical rocket fuels now used by Musk's Space-X, Bezos's Blue Origin, Branson's Virgin Atlantic, as do Lockheed and Boeing. 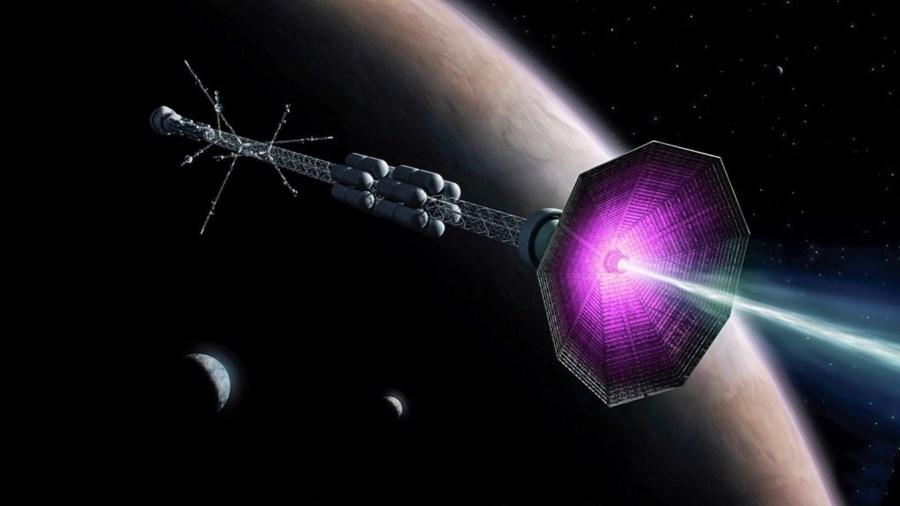 Fusion propulsion should far outperform fission-based propulsion, because fusion reactions release up to four times as much energy, says NASA chief engineer Jeff Sheehy. Fusion uses a very lightweight, low-cost, and safe fuel, whereas fission uses a fuel that is scarce, expensive, and hazardous. Fusion propulsion devices could also be one-thousandth as large as a fission device. Saturn's moon Titan, has long been a focus of scientists as it is the only known body in space besides Earth where there is clear evidence of surface liquid, which could potentially harbor life. A fusion powered propulsion system could reach Mars in as little as 3 months, the asteroid belt in 7 months, and Titan in just two years.

Princeton Plasma Physics Lab is in the process of developing a fusion powered spacecraft called the Direct Fusion Drive (DFD) which can produce thrust directly from fusion, while US Nuclear and MIFTI are just a few years away from producing the world's first working fusion power generator.

People used to think space travel was only useful for entertainment, fantasy, and abstract research, but the latest advancements in nuclear propulsion have made space travel, exploration, and colonization a near-term reality. There are new worlds to explore.

Investors may find additional information regarding US Nuclear Corp. at the SEC website at http://www.sec.gov, or the company's website at www.usnuclearcorp.com.