The company has reached a key milestone ahead of the first launch of Mission 89P13, with spacecraft qualification underway for the Vulcan aerostat that will launch reusable rocket systems into space from altitudes of 100,000 feet.

Deimos-One plans to launch the autonomous aerostat carrying a 50-pound payload from their testing facility in southern Nevada, which is projected to rise more than 100,000 feet into the stratosphere. The mission will test the performance of a novel satellite antenna design and several other proprietary materials in near-space conditions.

The launch is part of Deimos-One's Phase-1 testing to validate the use of stratospheric aerostats as a launching platform for rockets and satellite technologies planned for use in suborbital or deep-space applications.

During Phase-1, the Vulcan spacecraft will carry various payloads up into the stratosphere, which is the atmospheric layer extending roughly 10 and 50 km (6.2 - 31 miles, or 32,000 - 164,000 feet) above the surface of the earth, just above the troposphere (the lowest layer of the atmosphere) where nearly all life exists.

A two-stage craft which consists of a stratospheric balloon and a rocket, Vulcan is one of the company's proposed technologies they believe will drastically reduce the costs of launching payloads and people into space.

A first-stage balloon will carry the launch vehicle to a designated altitude of roughly 30 km (19 mi), once there it aligns itself and then engages the rocket engine to fire. It then exits the atmosphere at a planned trajectory and inserts the payload into orbit.

The autonomous system will feature multiple thrusters to maintain stability and orientation, as well as a proprietary rail system for a multi-stage rocket.

Deimos-One also plans to conduct suborbital missions using Vulcan and a heavy-systems rocket, which will be able to send a 330 lbs. (150 kg) payload to an altitude of 250 miles (400 km).

It is not quite a vacuum, but stratospheric conditions do simulate some attributes of space. Deimos-One believes these attributes make the stratosphere a great place to not only conduct near-space testing and research, but also to improve launch efficiencies and reduce costs. 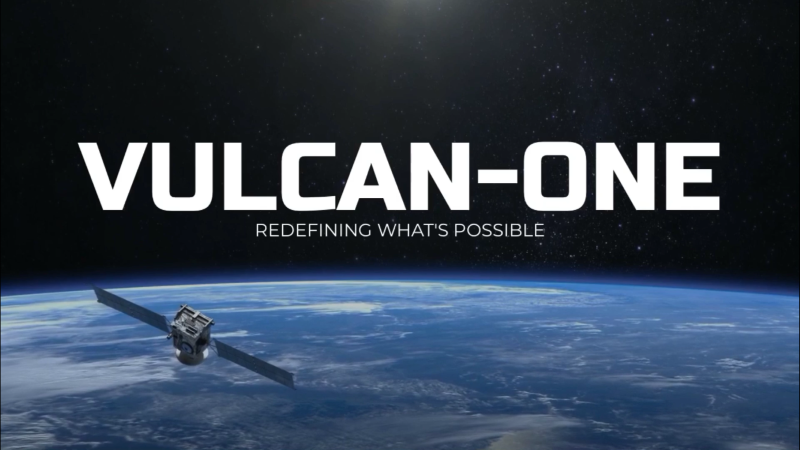 Lunar missions have historically required hundreds of millions of dollars in funding, decades of planning, and have been carried out by large spacecraft that require launch on huge rockets.

By contrast, the Vulcan mission will lift-off less than four months since the project's inception and will do so at a launch cost less than 1% of industry baseline. The fast turnaround and low cost suggest that Vulcan could be a viable option for rapid, efficient deployment into space at a lower mission cost and risk.

The proposed launch system will require no fixed ground infrastructure and will provide rapid launch frequency for sounding rockets, LEO satellites, and even consumer products at a low-cost to any low earth orbit.

With a much cheaper manufacturing and launch cost than ground deployed rocket systems, plus the ability to be deployed on a much tighter timeline, Vulcan has the potential to provide access to space in ways never thought possible. It was also designed to be managed by a small support crew, further reducing costs.

Due to this high launch frequency and associated cost efficiency, Deimos-One believes the Vulcan Spacecraft has the potential to revolutionize the aerospace industry by offering a faster, cheaper path to space in suborbital or deep space environments.

"The idea of launching a satellite out of a rocket from 100,000 feet up was pure science fiction until Vulcan. With this mission, we're demonstrating that suborbital and deep space missions can be fast, cost-effective, and highly customized," said Jamin Thompson, Deimos-One founder and CEO. "Providing cheap, reliable access to space, not only for governments and corporations, but for every person in the world, is an ambitious goal, but it's one we are committed to bringing to market. Our mission is to unlock the door for rapid launch deployments from stratospheric levels, making it cheaper and easier to deploy scientific research missions to other planets, moons, asteroids, and more."

About Deimos-One: Headquartered in Las Vegas, Nevada, Deimos-One is an American aerospace manufacturer and space transportation services company that designs and develops advanced multi-use rockets and tactical ground robotic systems. Its mission is to create affordable, reliable access to space and build a sustainable civilization for future generations.