SIBIU, ROMANIA / ACCESSWIRE / December 15, 2020 / Elrond, the internet-scale blockchain designed to bring a 1000x improvement in throughput and execution speed over existing decentralized networks, announced that its token eGold will join the list of cryptocurrencies available in the eToro ecosystem by listing on eToroX. 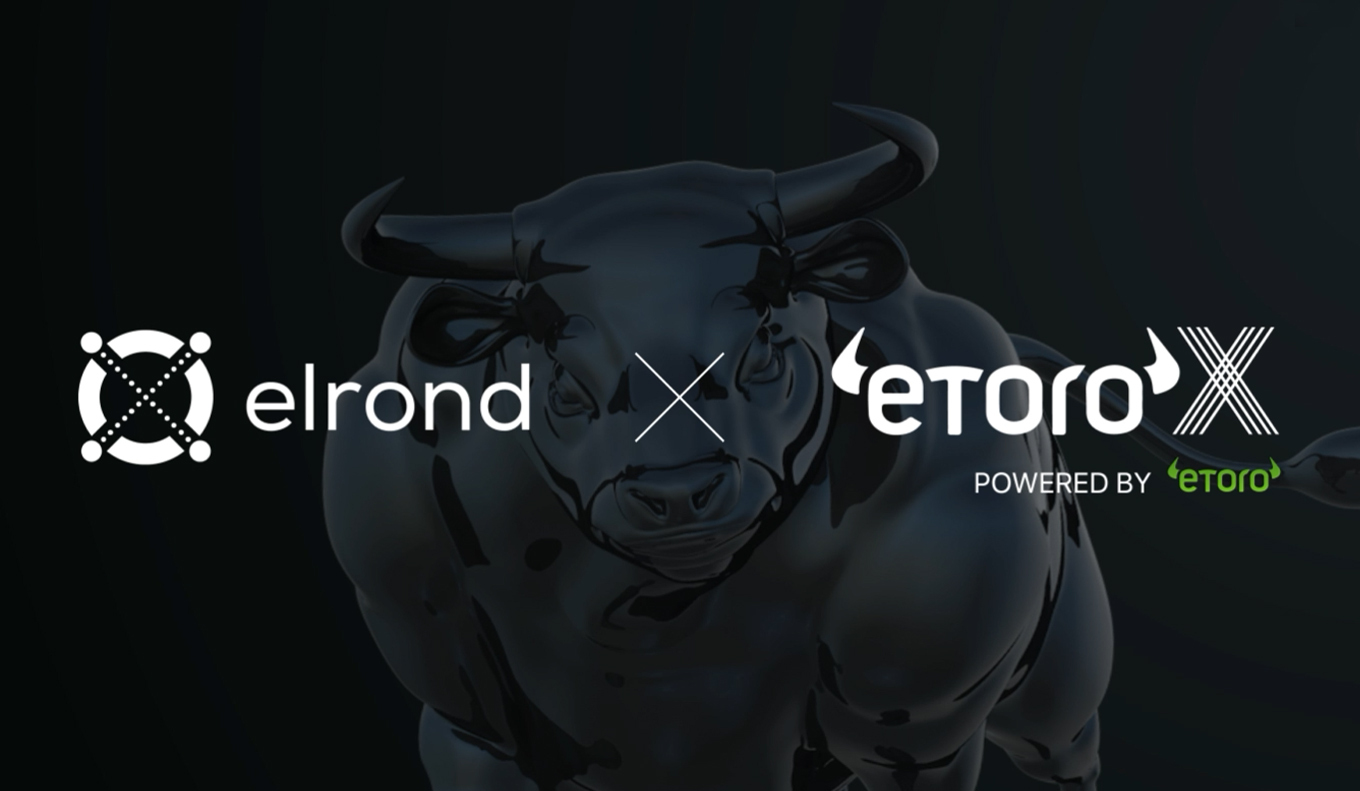 eToroX is eToro's professional crypto exchange. Conceived and produced for the corporate and institutional-grade crypto trading community, the eToroX exchange is a highly effective, trusted and secure crypto trading solution.

eToro is the rapidly growing global $2.5bn unicorn that offers digital asset management services for more than 15 million users, who can trade on stocks, commodities, forex, and cryptocurrency markets.

Fueled by the recent surge in interest from institutional and retail investors in Bitcoin, which reached new price records since its last 2017 all-time high, the rapidly maturing cryptocurrency markets are expected to easily surpass the $1 trillion dollar global capitalization and continue to develop following a rapid adoption trajectory.

This has prompted eToro to capitalize on the emerging market opportunity and expand its cryptocurrency portfolio after a 12-month hiatus.

Through Maiar, Elrond is positioned for an accelerated growth period, aiming to gain widespread mainstream adoption because in addition to crypto, the app aims to gradually provide the same features as PayPal, Venmo, and Google Pay but without collecting any personal information and at much lower fixed fees.

Beniamin Mincu, CEO & Founder of Elrond Network said: "In its 10 years of existence Bitcoin has proven that cryptocurrencies are secure and can serve an important purpose in the internet economy. Elrond opens up a new frontier offering internet-scale blockchain performance, and an intuitive application called Maiar, through which we aim to bring the next billion people to the blockchain space."

Elrond is the internet-scale blockchain, designed from scratch to bring a 1000-fold cumulative improvement in throughput and execution speed. To achieve this, Elrond introduces two key innovations: a novel Adaptive State Sharding mechanism, and a Secure Proof of Stake (PoS) algorithm, enabling linear scalability with a fast, efficient, and secure consensus mechanism. Thus, Elrond can process upwards of 15,000 transactions per second (TPS), with 6-second latency, and negligible cost, attempting to become the backbone of a permissionless, borderless, globally accessible internet economy.

To find out more, visit the Elrond website at www.elrond.com