Meet Androw Tamer Narouz: The Entrepreneur Cleaning Up The Forex Industry And Sharing The Wealth

Meet Androw Tamer Narouz: The Entrepreneur Cleaning Up The Forex Industry And Sharing The Wealth

NEW YORK, NY / December 8, 2020 / ACCESSWIRE / When Androw Tamer Narouz, the young serial entrepreneur and founder of Forex Blade LLC, saw how broken the Forex industry was, he knew he would be the one to fix it. 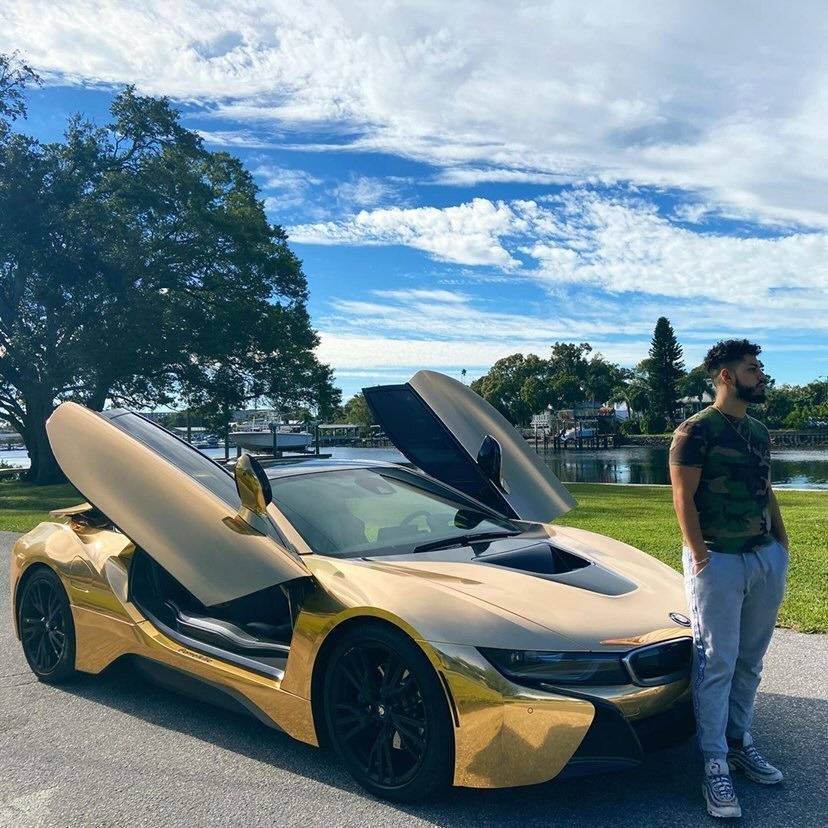 After starting out in Forex, Androw was the unfortunate victim of a scam, his business partner fleeing to Costa Rica with his earnings and trust. Androw was new to the industry and while he was providing accurate signals, his eyes were opened to the distrust and fraudulent nature of the Forex world first hand. As an immigrant from Egypt and someone who learned the value of hardwork through his parents working multiple jobs to care for him and his brothers, this did not taint the Forex industry entirely for Androw. Instead, he saw it as motivation to work towards a more transparent and trustworthy space.

"Struggling in America the first few years I know what it's like to not get those new shoes, not get a haircut from a barbershop, no TV, no going out past 8pm. It was just struggle at its finest. So when I lost money in the market, it always hit harder. With my first company, we had enough clients that we accumulated over $60K in less than 4 months in the summer of 2017. Then, I was blocked and deleted off of everything. I was so upset to have dedicated 9 hours a day during the entire summer, missing out on so many opportunities just to have all my hard work wasted. That's when I knew there had to be a change in this crooked industry," Androw says.

Androw has dedicated the last 5 years toward cleaning up the Forex industry. His motivation to do so, he says, comes directly from his parents, and the knowledge that he has too much experience in the space not to put it toward good use.

"My mother and father are the true heroes, risking everything they had and moving, learning English quickly, just for my brothers and I to have a chance to live in a free country. My parents always taught me that clean money will make your soul feel better than dirty money, no matter the amount," Androw says.

Androw admits it's difficult to try and stay clean in an industry that promotes the baseless flaunting of wealth. While many Forex traders seem to be preoccupied with posting Instagram photos of themselves in expensive cars, Androw does his best to not get distracted.

"The law of contrast states that you must experience one side of the spectrum to appreciate the other. People who are born rich will never understand the value of money the way I do," Androw states.

In order to tackle the industry and turn it around, Androw started Forex Blade LLC in January of 2019, although he's been working in the industry for longer. Forex Blade LLC is a free community that works against the influx of scammers in the Forex space. They value transparency above all else, and pride themselves on not playing into the trend of making customers pay for educational resources that are full of fluff, and lacking in real information.

" I'm aware of scammers, I'm aware of Instagram figures leasing an exotic car and claiming it's theirs so they sell courses. I'm aware most courses teach the same thing. I know who bought followers and who didn't. I'm aware of the pyramid schemes and the crooked brokers. I took and paid for so many Forex courses to come to realize that more than half of them teach the exact same thing. There is no "secret sauce"," Androw outlines.

An accomplished track record to be sure, many will be surprised to learn that Androw has done all of this before finishing his undergraduate degree. Currently, he is a full-time college student at Kutztown University. Only in his early 20'sk Androw has helped countless clients with Forex Blade LLC, and will graduate from university debt-free.