WALNUT CREEK, CA / ACCESSWIRE / December 4, 2020 / Michael's car dealer career had a seven-year lifespan under his savvy business leadership which resulted in him being one of California's largest independent car dealers of his time. He is confident that he can replicate his success and create a digital blueprint for others to follow. 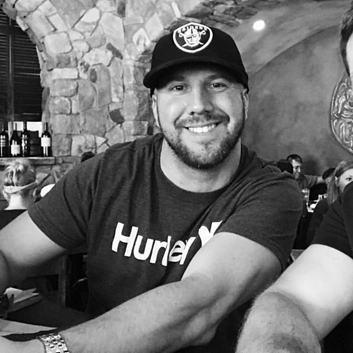 This time around, he's looking to use this experience to create digital content that will turn into a resource for people who are looking to flourish in their entrepreneurial journey.

Vincent created awebsite and aYouTube channel called The Leak Tv to document and share his content around topics such as creating a business plan, leasing or buying commercial space, how to set up accounting and bookkeeping, marketing and social media strategies, sales, hiring and firing employees, and many other business practices that he has mastered through the years.

Michael Vincent's business journey began at the age of eight when he mowed lawns and painted sidewalk curbs for an extra buck. At the age of twelve, he would give up his lawn care business to spend his weekends selling newspapers outside of restaurants of the San Ramon Tri-Valley and focus on sports.

After high school, Michaels's career and life came to a crossroads. His parents Robert and Tammy gave him 3 choices. 1. Go to College and pick a career path. 2. Go to work for his uncle's plumbing business and start a plumbing apprenticeship. 3. Move out. Michael always hated the idea of college and wasn't in a place to go solo, so the high school graduate decided to accept the offer of starting a plumbing apprenticeship under his father and uncle.

Michael completed three out of the four years of an apprenticeship as a Plumbing-Heating-Cooling Contractors Association (PHCC) plumbing apprentice before making yet another big move. Michael then left his uncle's and father's business to start his schooling and apprenticeship all over again in the United Association (UA 342) Plumbers union for his other uncle's plumbing shop. After five years of work and night schooling as a union plumbing apprentice, Michael became a NITC star certified union master plumber and journeyman.

Michael also was promoted to foreman and started overseeing commercial construction projects before he completed his apprenticeship. Shortly after graduating from his UA apprenticeship, Michael kept pursuing his education and attended classes at Diablo Valley College in Pleasant Hill California for AutoCAD and construction management. After 2 years of AutoCAD and construction management courses, Michael left his family's businesses to become a 3D plumbing detailer and designer for one of the nation's largest mechanical contractors Southland Industries. Michael then spent 2 years as a lead 3D AutoCAD detailer and plumbing designer for hospitals like UCSF Outpatient Building & Energy Center in San Francisco and Palo Alto Medical Office/Surgery Center in Mountain View California.

But even with all the success accumulated in the construction plumbing industry, Michael knew that he was an entrepreneur by blood.

So, Vincent started his first business as an adult-a used car dealership. Although Michael had no experience working at a car dealership, the businessman was confident that success was possible. So, Michael began. He started with one 2,000-dollar car, a 400 square foot office, and two parking lots to meet California state licensing requirements. In his first year in business, Michael did 500k dollars in sales. Michael knew he was onto something so he began the search for investors to grow. Michael landed an investor and business partner and formed Newell Auto Group. This move allowed Michael to expand to a 12k sq foot warehouse in San Ramon California and upgrade his inventory to luxury vehicles. Vincent's second year in the car business backed by an investor, armed with 35 pre-owned luxury cars and a warehouse showroom Michael was selling 15 to 20 cars a month grossing 5 million in sales. Although the business was a success, Michael wanted more.

In 2010 and the beginning of his 3rd year in the auto industry, Michael put together a deal to purchase a bankrupted Chrysler dealership in Martinez California. This was a big move because Vincent's business could not afford to fill the 150-car lot and service department. But like any true entrepreneur, Vincent figured it out. Michael structured a favorable deal for him with the owners of the property that allowed him to grow into the store, subleased out his service department for 5 years while he grew his inventory and sales/finance departments. After just a few years, Michaels operation had 150 cars in inventory, a busy service department, and doing 20 million a year in sales. But with all his success in the auto industry, Michael knew his heart was somewhere else so, in his seventh year, Michael along with his business partner decided to sell their dealership so they could move on to their business ventures.

Michael decided to go back into the business he grew up in and where his heart still lies. The commercial construction plumbing business. But this time, Michael will be doing something unique. He will be documenting the entire journey of building his new business Radius Plumbing LLC from the ground up on hiswebsite Michael-Vincent.com and hisYouTube Channel the Leak Tv. We asked Vincent why he decided to start his YouTube channel and guide other aspiring entrepreneurs and tradesmen/women. Vincent stated:

"There were so many amazing lessons learned in life and business, relationships, marriage, sales, marketing, and more that I learned during that 7-year journey. I wish I would have vlogged Gary V style to share with everyone, everything I was going through and learned so others could have learned from my experiences too,".

If you are an inspiring entrepreneur or someone looking to grow your skills in the plumbing, mechanical, or construction trades, follow Michaels's journey on the links below.