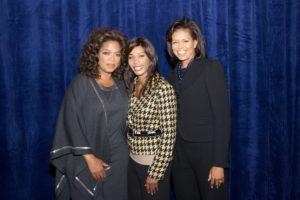 The Lorna M. Johnson Global Institute (LMJGI) is an international leader in the advancement of underserved communities through financial inclusion, healthcare services, and economic development.

In addition to running the LMJGI, Ms Johnson currently serves as Assistant Treasurer of the Democratic National Committee; is a member of the National Finance Committee for Joe Biden; serves as a Trustee for Professors Without Borders and is CEO of the Lorna M. Johnson Foundation.

Ms. Johnson has served her country in numerous capacities throughout her career including as a former appointee of President Barack Obama to the Advisory Board at the Kennedy Center for the Performing Arts and as a past member of the National Healthcare and National Finance Committee's for President Obama. In addition she served as a surrogate for Hillary Clinton and as a member of Ms. Clinton's finance committee. Ms Johnson also serves as a Board Member of the Los Angeles World Affairs Council and I Demand Access (I.D.A.), a girl's education organization in Malawi, Africa and serves as a Trustee of Professors Without Borders out of London, England which educates young girls globally.

Ms Johnson has served in many roles including clinical professor and lecturer at UCLA; Past Honorary Consul to Jamaica in Los Angeles, Past President of the Florence Firestone Chamber of Commerce and as an international track and field athlete qualifying for the Olympics in the 100-meter dash for her home country of Jamaica.

Trained as a nurse practitioner and midwife, Ms Johnson founded and runs the Advanced Family Care Medical Group, an inner-city medical clinic serving thousands of patients in East and South Central Los Angeles, California. Developing a successful practice was a long, tough journey for Johnson, but her persistence and strong desire to become a healthcare advocate for women and families enabled her to achieve her childhood dream and touch countless lives.

Ms. Johnson works globally to share her leadership and expertise. She was recruited and is tasked to serve as an essayist with the UN Foundation for Women and Girls, alongside global leaders like Melinda Gates. Through this position, she continues to promote women and children's health around the world.

Ms. Johnson has been featured in numerous global, local, and national media outlets including: MSNBC, The Guardian, The Hill, Blocktech Women Conference 2019,Voice of America, NBC and Vogue Magazine.

As for her astute business sense and desire to be the best at everything she does, Johnson credits her mother who also was a strong woman and an entrepreneur. Johnson says, "My mother was a pioneering trailblazer in her time. She started off with nothing, burning coal and selling it. She was a strong role model for me and I always wanted to make my mother proud.

Through Lorna's network of care, she has touched the lives of thousands across many borders including East and West Africa, the Caribbean, and inner-city Los Angeles her career of service was recognized and super charged as Ms. Johnson , was named Developmental Queen Mother of the Central Region of Ghana for her philanthropic work across Africa in 2019 as part of Ghana's Year of The Return celebration.