HOLLYWOOD, CA / ACCESSWIRE / December 1, 2020 / With the aim to bring empowerment into all women's lives and transform their world into the perfect doll-like utopia, Marcela Inglesias of ‘EdgeCross-X' training system and ‘Plastics of Hollywood' uses her own self-confidence to encourage other females to love themselves too.

Marcela Iglesias, a.k.a. "The Queen of Hollywood," is the embodiment of the American Dream. She went from rags to riches in the most competitive city in the world and has made a name for herself in multiple industries while still balancing her life as a wife and mother. Today, Marcela owns home workout brand ‘EdgeCross-X', runs one-of-a-kind Talent Management company and lifestyle brand ‘The Plastics of Hollywood', and steadily shares the secrets of her success with women who are ready to reach their ultimate potential.

Marcela has always had a fascination with the transformative power of plastic surgery and cites Barbie as a character that inspires her to ‘have it all'. As a young girl in Argentina who found herself too often bored with the norm, Marcela was drawn to the eccentric, seeking to express herself by modifying her look - a desire she was forced to suppress since changing one's physical appearance was not something that was supported by her family. Marcela created 'Plastics of Hollywood', a lifestyle brand for those who are proud of their surgical transformations - a place where they can feel safe, comfortable, and to look for advice and recommendations about cosmetic procedures. She believes no one should feel bad about wanting to make self-improvements, something she also encourages through her home workout kit; ‘EdgeCross-X'. 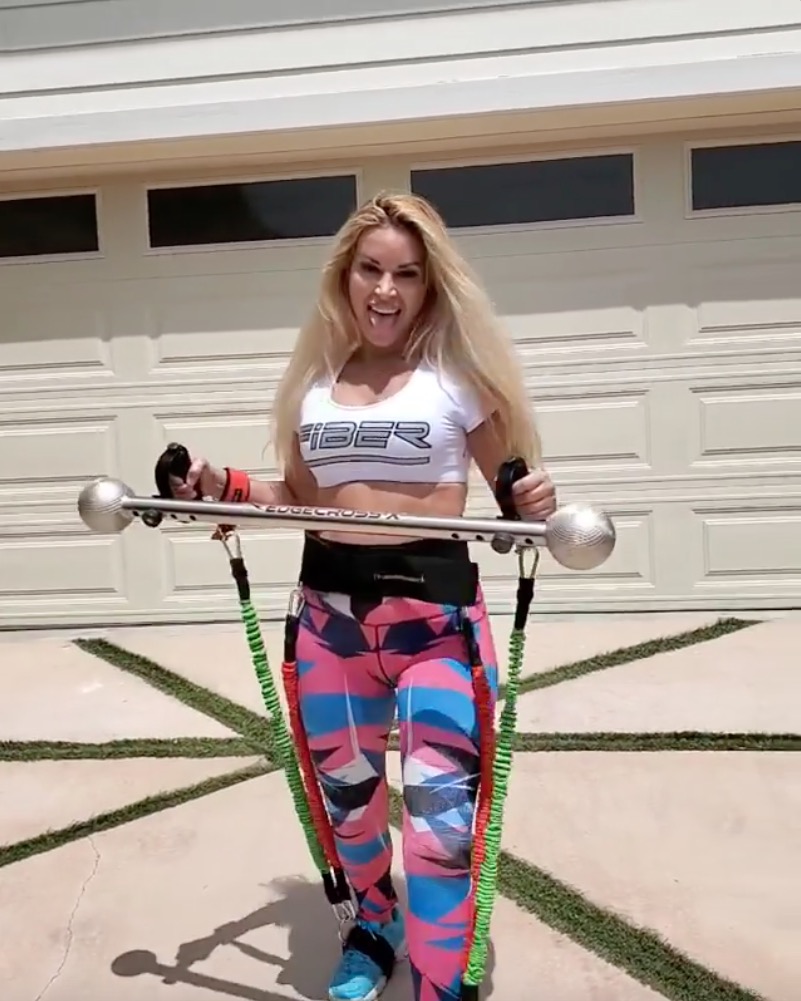 It's this fearless self-acceptance that enables Marcela to inspire other women to go after what they truly want. As someone who stands out with eccentric fashion and an electric personality, she is the ideal role model for females who need to reignite their spark of confidence. As well as owning ‘EdgeCross-X' and running her lifestyle brand 'Plastics of Hollywood', Marcela also directly coaches individuals who really need her one-on-one support. Labelling her work as ‘FEMPOWERMENT' Marcela takes time to mentor those who are perhaps going through a midlife crisis, bad divorce or even finding themselves as a social media success, but without a sustainable plan. With her own 320k Instagram following, Marcela knows exactly what this feels like and is able to advise newbies on how to form a fruitful long-term arrangement.

It's true that the world of Hollywood is difficult to navigate through alone. The constant trends, scrutiny and sometimes a dip in one's self-confidence can all play a part in preventing a durable lifestyle. But Marcela has managed to continuously stay on top throughout her career. Starting her American dream 20 years ago, she had nothing but a belief in herself and the motivation to become a self-made woman. During her first 10 years in America, she lived as an undocumented immigrant and worked tirelessly to create the life she had dreamed of as a child. Like all too many young women, that dream became a nightmare when she found herself trapped in a bad relationship with the father of her young child. But when things were at their worst, Marcela took control of her own destiny. This strength is what drives her to guide other women who find themselves in similar situations, measuring her success on how good she makes them feel. Both her brands are built on this incredible ethos.

Ultimately, Marcela Inglesias is the fairy godmother of Hollywood, sprinkling her magic across the women who desperately need a boost of confidence. Her personal life experience and knowledge of the Hollywood lifestyle is what makes her the go-to individual on the LA scene. Marcela knows that often people are struck with ‘15 minutes of fame' or a lavish lifestyle that turns sour overnight, but with her guidance and mentorship, women never have to worry when the success timer will run out.

To discover more about Marcela Inglesias, ‘EdgeCross-X', her one-to-one coaching and The Plastics of Hollywood brand, visit https://www.queenofhollywood.com/.