NBA YoungBoy will Perform Live at the Central Florida Fairgrounds

ORLANDO, FL / ACCESSWIRE / November 18, 2020 / The founders of Men's Closet are pleased to announce that the live NBA YoungBoy concert has been scheduled for Saturday, December 5, 2020 in Orlando, Florida. The concert is part of the #MensClosetAnniversaryParty. 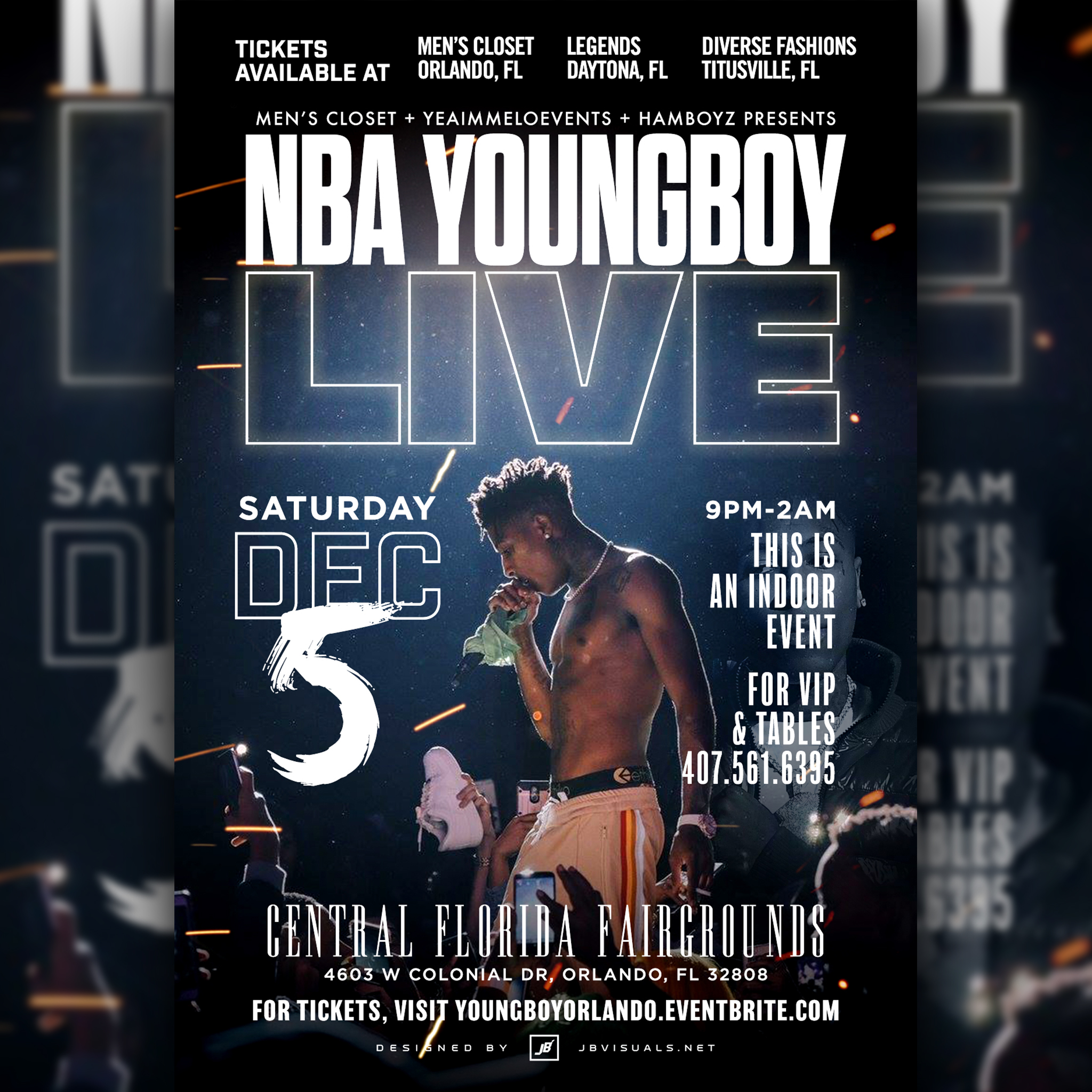 As a spokesperson for Men's Closet noted, like many Orlando concerts scheduled for earlier this year, NBA YoungBoy's April show was postponed due to the COVID-19 global pandemic. The official make up date is now Saturday, December 5, and the show will take place at the Central Florida Fairgrounds at 4603 W. Colonial Drive in Orlando. The doors will open at 9 p.m.

Concertgoers must be 18 and over, and tickets are available for $75, $100 and $200, plus applicable EventBrite fees, which are typically added to the prices of Central Florida concerts. For more information on the tickets and available VIP tables, please call 407-561-6395.

In addition to purchasing tickets at EventBrite.com, people may also buy them in person at Men's Closet in Orlando, Unltd Street Wear in Sanford, Diverse Fashions in Titusville and Legend in Daytona.

NBA YoungBoy, who is also known professionally as YoungBoy Never Broke Again or YoungBoy, was born Kentrell DeSean Gaulden in October, 1999. NBA YoungBoy has been very busy in 2020; as Wikipedia noted, the American rapper, singer and songwriter released his mixtape "Still Flexin, Still Steppin" in February of this year.

The mixtape debuted at number two on the US Billboard 200, making it the second-highest charting album for NBA YoungBoy, after his 2019 number one album, "AI YoungBoy," Wikipedia noted.

"On November 11, 2020, YoungBoy released his fourth solo project of 2020, the mixtape ‘Until I Return,'" the article noted, adding that it was released exclusively on YouTube, and was made available three days later to streaming services with four additional songs.

NBA YoungBoy is next scheduled to release a collaborative project with Rich the Kid, titled "Nobody Safe," on November 20, 2020.