Combat Sports Fans Can't Get Enough Xtreme Fighting Championships Action After Historic Relaunch Event XFC 43; It's Not Too Late to Enjoy on Demand

Combat Sports Fans Can't Get Enough Xtreme Fighting Championships Action After Historic Relaunch Event XFC 43; It's Not Too Late to Enjoy on Demand

ATLANTA, GA / ACCESSWIRE / November 12, 2020 / If you missed the live broadcast of Xtreme Fighting Championships 43 on Wednesday live on NBC, or if you want to relive the historic relaunch event, it's not too late to enjoy the action on demand.

The five-bout XFC 43 Main Card is available on the Telemundo app: http://stream.telemundodeportes.com/index?pid=2008074.

For the rest of the world, the XFC Channel on FITE TV features the Main Card, Preliminary Card and Weigh-In event: https://www.fite.tv/vl/p/xfc/

XFC CEO Steve Smith says the combat sports world has taken note; XFC is back and here to stay.

"We're always going to be our own toughest critics, but XFC 43 delivered in a major way, and we're thrilled about our fight night product. If you happened to miss it live, we're proud to present it to combat sports fans worldwide on-demand, from the comfort of your own home."

XFC 43 features former XFC Featherweight Champion Guillerme Faria against top American contender Andre "The Asian Sensation" Soukhamthath in the Main Event. The Co-Main Event features a strawweight battle between Jessica "JAG" Aguilar and Danielle "Dynamite" Taylor. It also features a pair of bouts from the first round of the XFC Lightweight Championship Tournament; Kenny "The Boss" Cross vs. Jarel Askew and Kurt Holobaugh vs. Joziro Boye. Opening the card is a YoungGuns Series bantamweight bout between Austin Bashi and Enzo Perez. 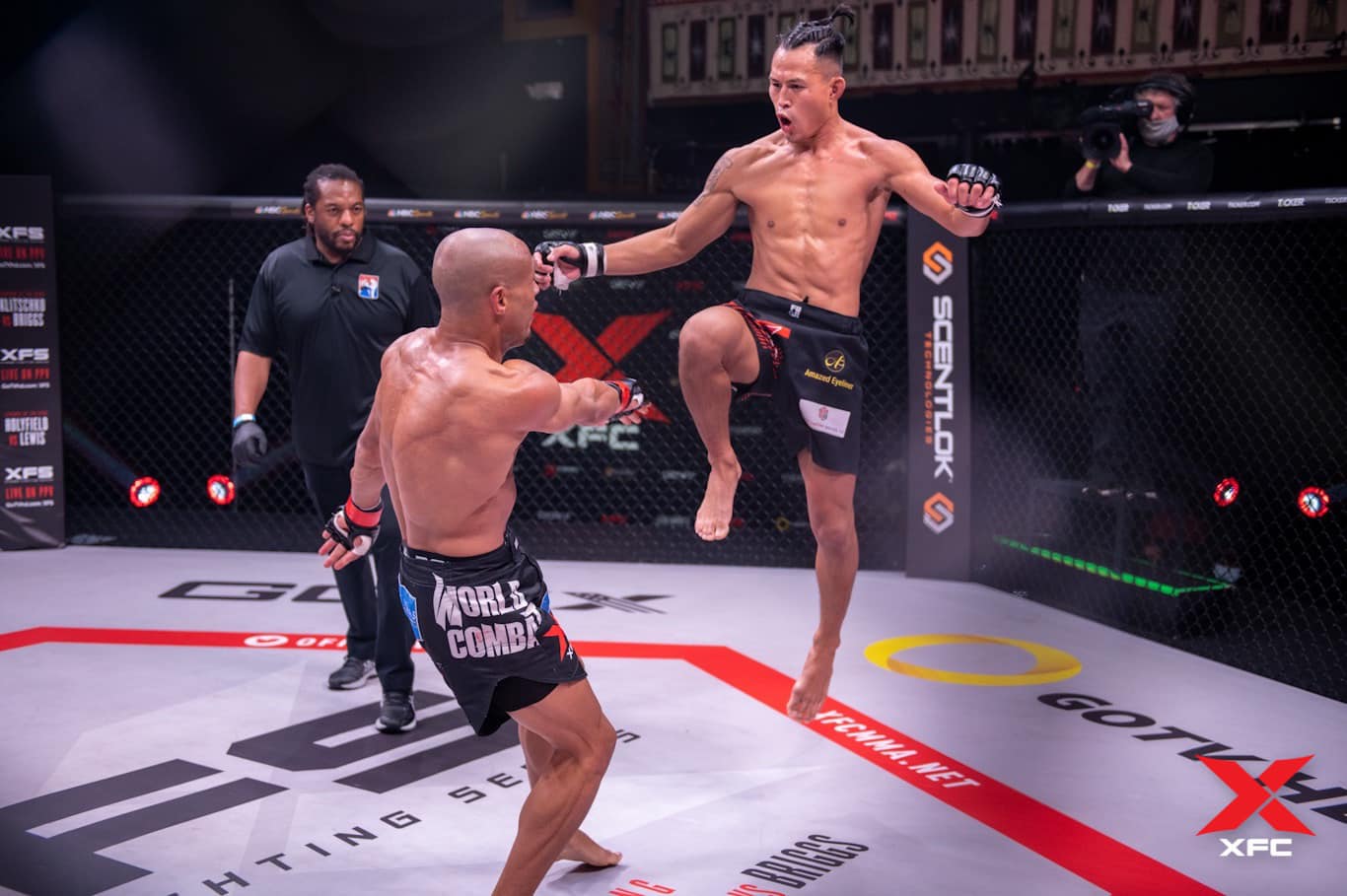 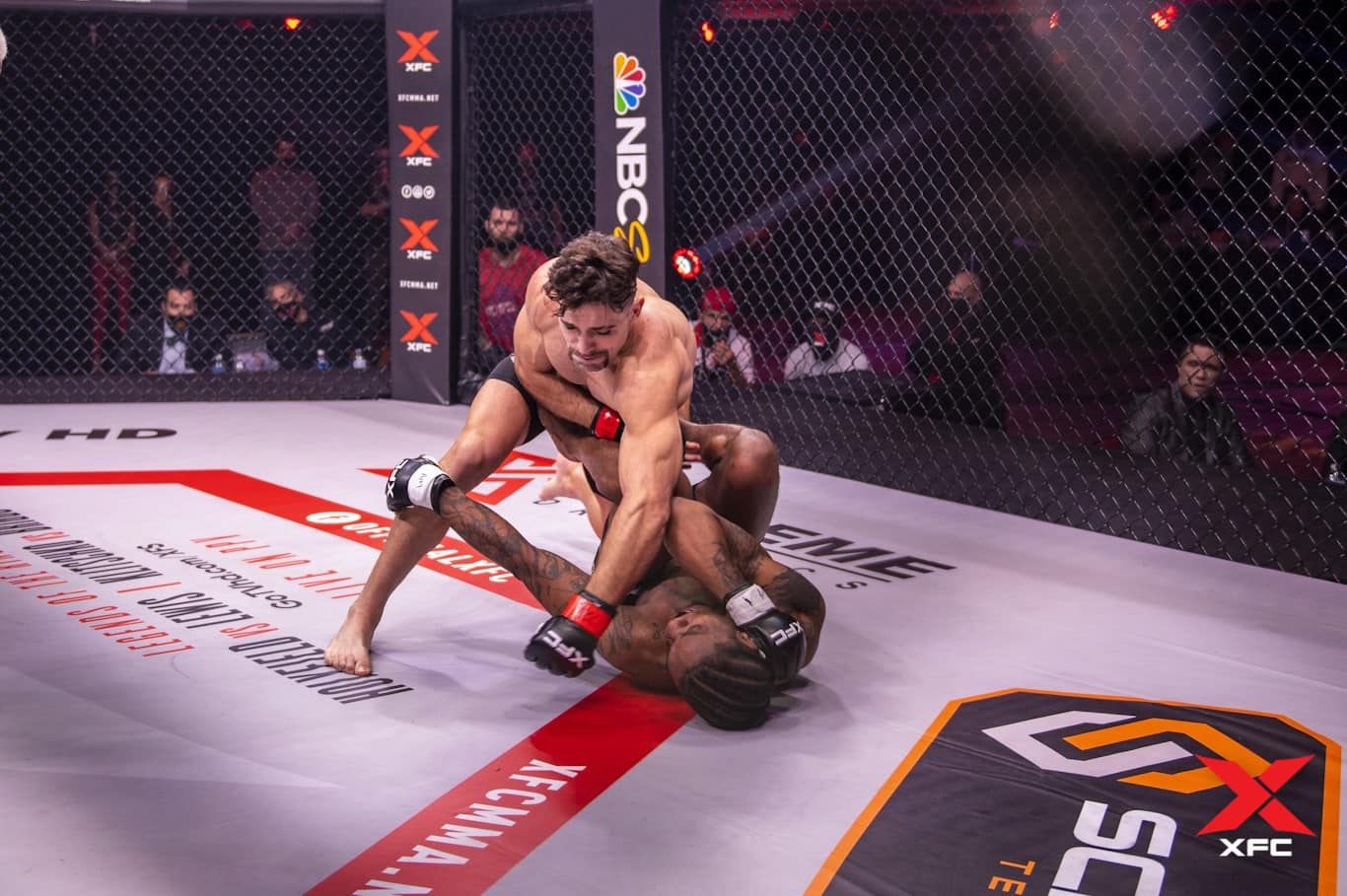 Xtreme Fighting Championships, Inc. (formerly Duke Mountain Resources, Inc.) is the first publicly traded premier international mixed martial arts ("MMA") organization with offices throughout the United States and South America, trading under the ticker symbol DKMR. Xtreme Fighting Championships ("XFC") is now partnered with NBC Sports in the United States, and has previously been carried on some of the largest open television broadcasters in Latin America - Rede TV! as well as HBO, ESPN, Esportes Interativo, Terra TV (the largest internet portal in the world), and UOL - the largest internet portal in Latin America, and premium cable & satellite television network. The XFC has had over 185 exclusively signed fighters, representing over 35+ countries worldwide with even more growth expected. Boasting the signing of The Next Generation of Male & Female Superstars, the XFC is known for entertaining fans with the most action packed MMA events both on television and in stadium venues. The Next Generation of MMA.