Governments can use Blockchain to Protect Data with UUP App

TALLIN, ESTONIA / ACCESSWIRE / October 27, 2020 / Widely acclaimed Blockchain Architect Eloisa Marchesoni is leading a team that is building an ecosystem for information security combined with a secure asymmetric communication protocol and an anonymous communication network for Governments. The team, is creating a cutting-edge IT security infrastructure, resulting in the app named UUP, now downloadable on all iOS and Android devices. Such application is meant for governments, military structures in friendly countries, hospitals, banks, and companies where security is indispensable.

How Does it Work?

Anonymity is the integral aspect the UUP technology is built on. A group of servers, which do not have access to the whereabouts of the person that connects, form a network at the lower level. Each client is provided with a public key as well as a private key, both of which are not sent to the server. This way, the identity of the user is protected. The hash algorithms derived from the client's device are irreversible making it impossible to trace the public key corresponding to the communication channels open on the server.

There are two libraries at the device level. One deals with the transmission protocol with the server while the other deals with a high performing protocol that works at the byte level in the binary to extract the maximum potential of the hardware without weighing down the machine. From simple texts to large video broadcasting, the expandable "point to multipoint" protocol can be used for the massive transmission of encrypted data. The intrinsic speed of the server makes large file transmissions possible.

Unlike competing applications, the under-development protocol of UUP guarantees a high level of security and confidentiality through a trustless system and open-source data encryption. Instead of using the notification centers of Google, Apple, or Microsoft, the system acts as a notification center so that nobody, including the system, can make a network of correlation between individuals who use the infrastructure.

The new protocol is not just a simple application for encrypted communication. In fact, UUP is extremely scalable. It can be customized to build a diverse range of applications for industries that need to maintain confidentiality and security in communication. The protocol can be tweaked to apply to non-standard cases. They are provided with a functional and reliable base to create working groups and later implement an effective crypto solution. The UUP application is tested by a community of skilled programmers.

The technology will be a great foundation for defense tools. The project was developed to offer confidentiality on par with technologies employed by the military. One of the most important aspects that sets the new app apart from its competitors is the possibility of relocation of our access servers to different parts of the world. This way, the servers can be opened quickly from different places, and in times of event such as a war or attack, they cannot be neutralized. In the event your device is confiscated by an enemy, they won't be able to extract your data or know the extent of data saved on it as all your files including photos, audio messages, and texts are encrypted with an inviolable algorithm.

Journalists, diplomats, administrators, scientists, and professionals who require confidentiality in communication can make use of the app. The UUP technology can be used to build high-end security tools for the banking and finance industry to enable fast and safe transactions.

The app also offers unique solutions that are virtually impervious to viruses, trojans, and keyloggers for enterprises. 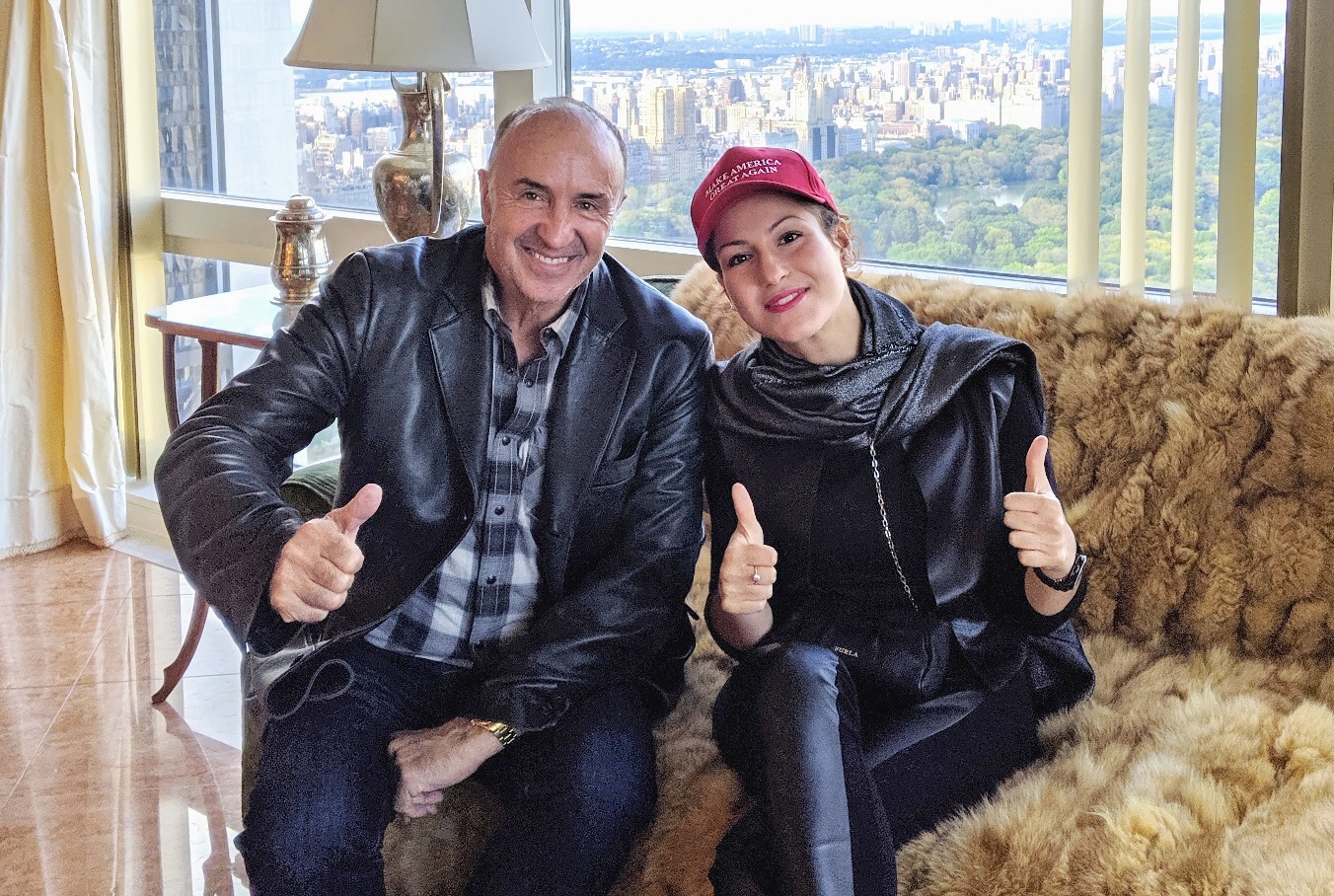 Brains Behind the Tech

UUP wouldn't have been possible, if not for the technical expertise and efforts of two of the most brilliant minds in the blockchain industry - Eloisa Marchesoni and Daniele Marinelli.

Eloisa is one of the youngest Blockchain, AI and Big Data consultants, as well as an influential author of books and regular contributor for major international tech media. As part of her intense activity of evangelization of innovative technologies, Eloisa has established herself as a much sought-after keynote speaker at Blockchain and AI themed conferences around the world.

Eloisa has been named Europe's number 1 Token Model Architect (as stated by Irish Tech News and the rest of the web) and was featured in the list of Top 100 Leaders and Influencers of Italy in FinTech (StartupItalia!) and among the Top 100 Crypto Influencers and Top 50 Highest Paid Innovation Speakers.

Eloisa is a co-founder, along with pioneers and veterans of the blockchain industry, of Blackchain International Limited, a leading 9-figure company that helps in the strategic and technical development of projects based on Blockchain and AI, oﬀering a wide range of active consultancy services addressed to startups, SMEs and multinationals across the globe.

Eloisa was invited to floor 55B at the Trump Tower by George G. Lombardi, a close aide of the President, to discuss the details of the app and its deployment in an effort to protect user data from unscrupulous hackers. They discussed ways to cooperate with the development of the app.

Daniele Marinelli is an expert in the creation of disruptive ecosystems based on blockchain. He is the architect of the European Union's social network infrastructure that aims to be more democratic and does not depend on big tech companies. It will be an eco-system that gives the power back to the consumers with a strong focus on data privacy.

With the advent of social media and the prying eyes of the internet, we have become increasingly aware of our data privacy. Since the app transmission protocol does not reveal any information of the communicator to even the servers, your data is safe with you. Apart from messaging features, social features like interactions on groups and pages, as well as useful tools for everyday activities will be integrated into the ecosystem in near future.

UUp is open to mathematicians, researchers, and scientists working in communications security. Any initiative undertaken to improve the technology is received with arms wide open by our team. We will be glad to share the source of our security algorithms to support parallel research for the development of new, innovative technologies in security.