BOSTON, MA / ACCESSWIRE / October 13, 2020 / Blockchain is inarguably the technology of the future. The world is looking forward to the wide arena of opportunities it opens up for a diverse range of industries. The finance sector in particular, which is essentially centralized. But for long, the technology of frictionless finance has remained in paper owing to the many technical hurdles faced by blockchain. The mass adoption of blockchain technology can only be achieved if we overcome these. Algorand is an award-winning team of blockchain enthusiasts who strive each day to revamp traditional finance and financial businesses. Here are three reasons why Algorand has been able to maintain an edge over its competitors:

Algorand has built a new Proof-of-Stake, Pure PoS, which makes cheating by a minority of the money impossible and a majority of the money stupid rather than buying people's honesty through fines. This way, the system successfully tramps down on any initiative taken by a small subset of the economy to control the fate of the whole economy. No money is held hostage, it is safely kept in your wallet, offering you better liquidity.

One of the prime factors that set apart Algorand: non-forkable chains. Forking is when a blockchain splits into two branches leaving behind only one chain and a lot of uncertainty. For example, if you make a payment, you can't be certain whether it has been made as it could either be in the lost branch or the survived one.

As only one block can have the required threshold of committee votes in the Algorand system, forking is brought down to zero and all transactions are finalized. A block that appears is etched on the chain forever. If a new block reveals a payment that has been forwarded to you, you can count it as paid and go ahead and take the necessary steps to deliver the product or service in return.

Algorand uses a unique approach to tackle corruption. Here, an adversary does not know who to corrupt through DoS, and by the time he does, the DoS attack will prove to be a futile attempt. If a 1000-strong committee stayed in power for a minute, it would still be at risk of a DoS attack. If it had authority for a longer period of time, say a few days, then the members could be bribed had it been in a traditional set-up. When it comes to Algorand, one who plans to corrupt or bribe doesn't know who to wage a DoS attack against. As soon as the committee has spoken, the DoS attack will be rendered useless.

A single, short, and fast computed message has to be propagated by each member after he or she has been selected. Regardless of the number of users in the system, this ensures that the maximum number of short messages that are propagated is 1000. This way, Algorand offers a scalable blockchain solution.

There are no fixed few users who are in charge of choosing the next block or approving it. Committees are randomly picked in secrecy from time to time so that everyone has an opportunity to participate in the generation of a new block. 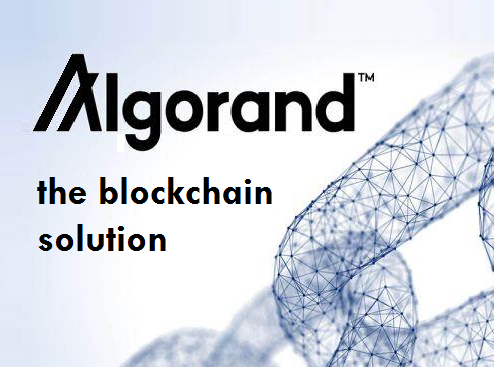 Paul R. Milgrom, Economic Advisor to Algorand, was recently announced the joint winner of this year's Nobel Prize in Economics for his work in "improvements to auction theory and inventions of new auction formats." Dr. Milgrom shared the honors with economist Robert Wilson.

This is a moment of great pride and honor for the entire team of Algorand whose idea has been backed by some of the greatest economic minds of the world who keep shaping the business to make Algorand even better with each passing day.

Algorand's team hosts a number of qualified individuals from Stanford, MIT and top universities around the world.

The world's first-ever open, permissionless, pure proof-of-stake blockchain protocol built by our team will foster a secure, scalable, and decentralized platform for today's economy without forking. Since blocks are finalized in seconds, Algorand facilitates smooth transactions on par with the largest payment and financial networks in the world. Algorand is writing a new chapter in the history of the global finance sector by breaking the technical and geographical barriers that stand in the way of its advancement through blockchain technology.