ORANGE COUNTY, CA / ACCESSWIRE / October 1, 2020 / The story titled "Two Marine veterans give service members a chance to recycle their skills while cleaning beaches" was published in the OC Register on September 16th, 2020, and highlights the work of Recycle For Veterans Co-Founders, Kyle Hansen and Andrew Levin.

Kyle Hansen, now the 25-year-old CEO of R.F.V., was recovering in a Wounded Warrior Battalion rehabilitation center at Camp Pendleton, he knew his injuries from being seriously burned in a training accident would later force him to go from the infantry to a desk job. 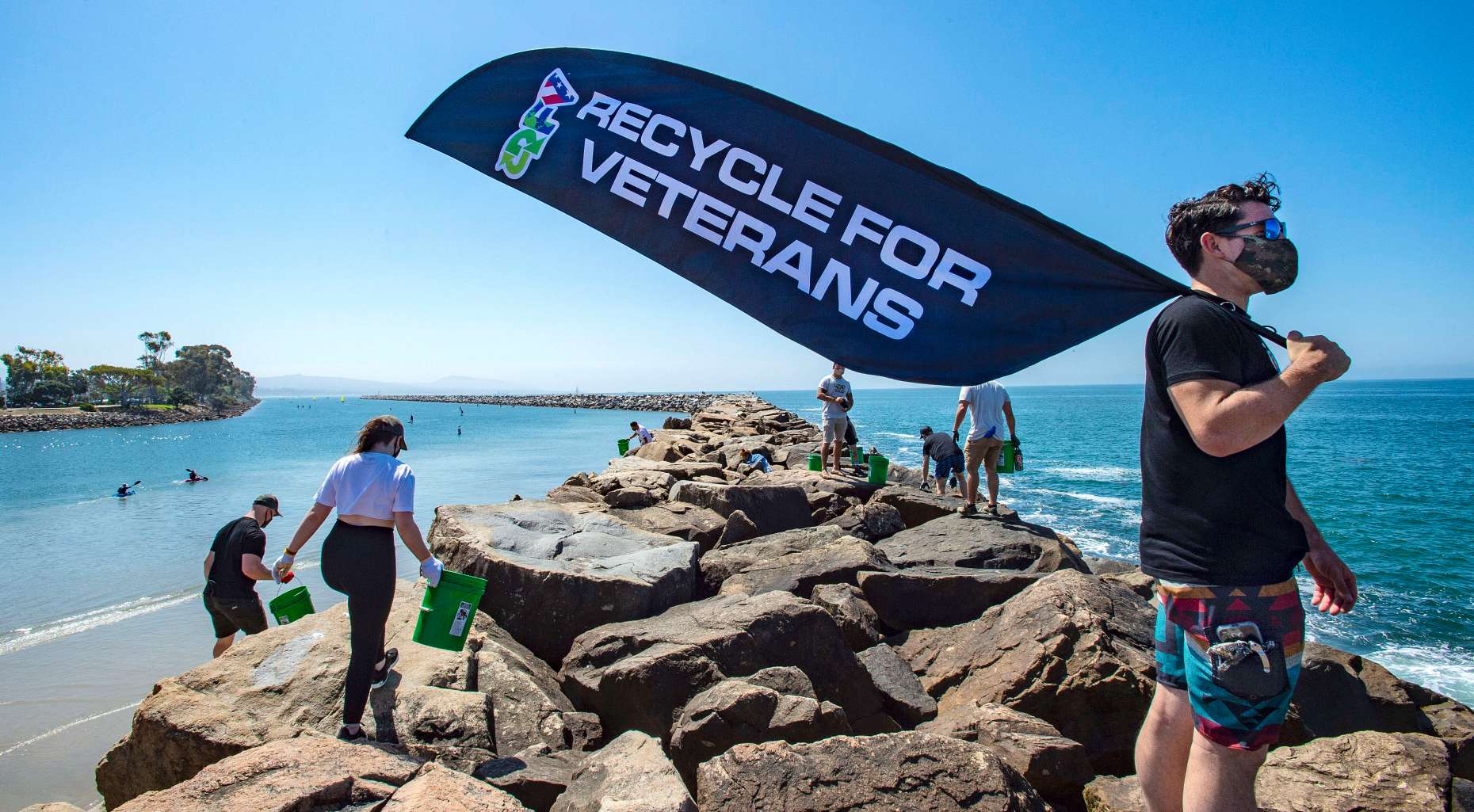 His injuries led to his medical discharge and he quickly realized when he left the structured day-to-day life of the Marine Corps, navigating the civilian world wouldn't be as easy as he thought. But through a company he started with his friend, now R.F.V. C.O.O., Andrew Levin, another Marine also returning to life as a civilian, they together built an idea around a new purpose of service.

Each year, nearly 35,000 Marines transition from the Marine Corps to civilian life. At Camp Pendleton, it's about 9,000 annually - 77 percent of those after completing a four- or five-year contract, according to military officials. With their company, Recycle for Veterans, the two Marine corporals combine their respect for the environment and their interest in preserving the planet with their desire to help fellow service members succeed outside of the military.

Hansen and Levin, who attended El Toro High School, both had dreams of becoming infantry Marines. They met at the Mission Viejo Marine Corps Recruit Depot and bonded over their shared goal. They worked out and became stronger together before heading to boot camp and later the School of Infantry at Camp Pendleton.

"I want to serve in the infantry because I wanted to protect our communities," Hansen said. "If there was a chance my country needed someone to fight for our freedoms, I was ready to do so."

Recycle For Veterans is a company the two Marines started together. Their own experiences led them to realize that while Marines are highly skilled at what they do, finding a way to recycle those skills in the civilian world is critical if they want to succeed. Their mission focuses on cleaning up beaches and using their motivated, mission-oriented and attention-to-detail work ethic to make a difference in the community and the world. They make their money by selling T-shirts made from recycled products.

The cleanups bring participants another opportunity. By partnering with local companies - especially those dedicated to the environment - it provides exposure for veterans and active-duty military members to meet up with the CEOs, hiring managers and other civilians that could help them land a new job.

This news release was created using excerpts from the original article in the OC Register. To read the full story, visit https://www.ocregister.com/2020/09/16/two-marine-veterans-give-service-members-a-chance-to-recycle-their-skills/