"With the company having met the target date of September 26th to have our first distributor order in place, we are quite pleased that it exceeds what was planned for based upon our initial discussions with this distributor and his dealer," said CEO Keith Berman. "In our continuing efforts with this distributor and others, we are encouraged by their interest and based on these discussions, believe we will receive subsequent orders from Singapore and Malaysia in the coming weeks. We are having conversations on a global scale that we feel will be bolstered by the fact that we also have signed an agreement with a US testing partner." 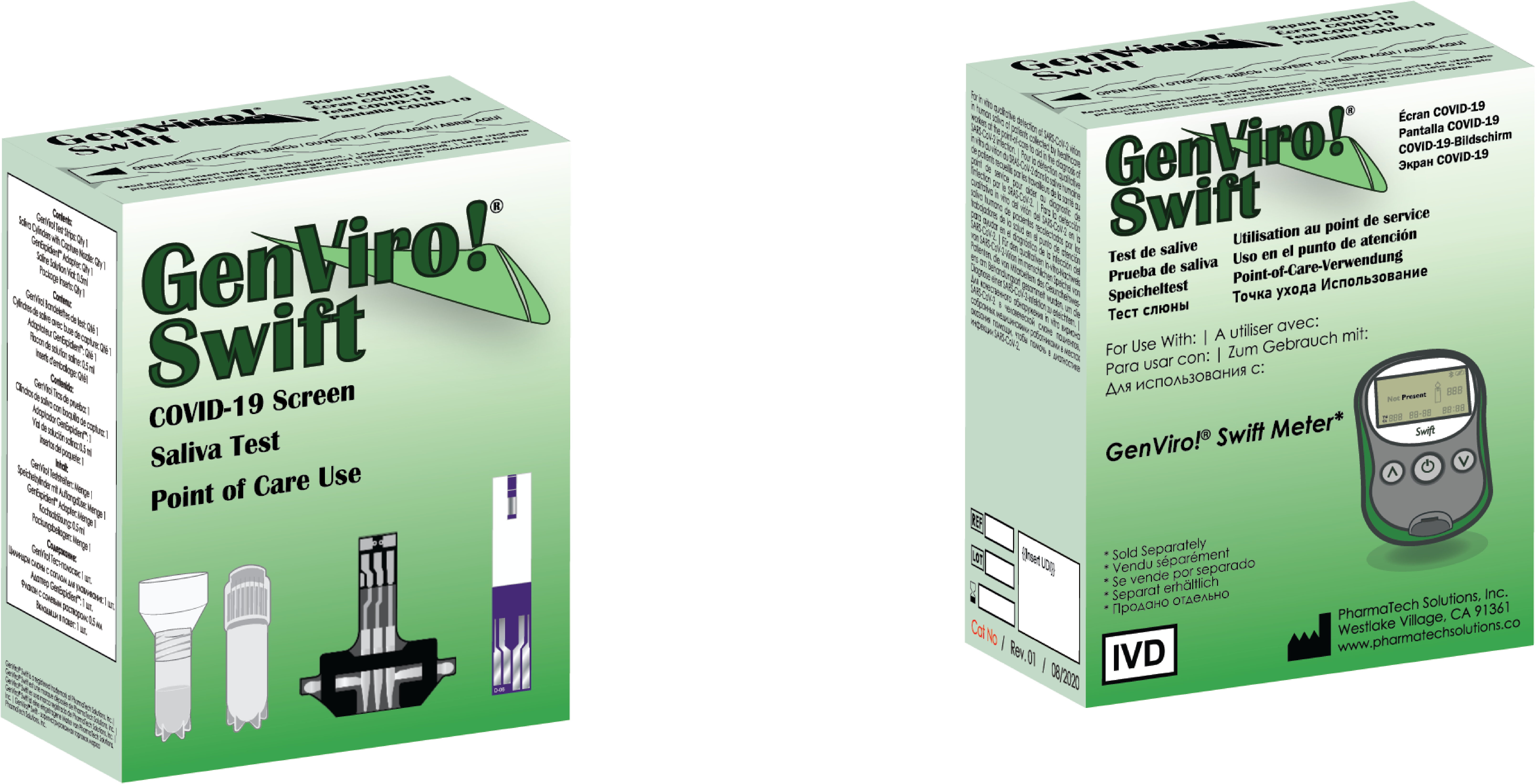 DECN's Indian distributor had this to say about the product and working together, "GenViro! will quickly become an internationally recognized leader of professionally administered Covid-19 testing kits by announcing its entrance into India with its truly rapid saliva kit. The fast Covid-19 Saliva Swift Kit developed by scientists at Pharma Tech Solutions accurately detects the Covid-19 virus in just seconds. We are pleased beyond measure to be the company deemed best suited for providing this tool in our world's time of need. The people of India are very fortunate to have those tests coming to them shortly," said Shailesh P.

The company had previously announced that the GenViro! Covid-19 Saliva Swift Kits had completed repeated rigorous testing at its manufacturing and product development facility in Daegu, Korea. Further, the company stated that it will make three retail products available for international professional use: The GenViro! Saliva Swift Kit consisting of 1 test strip, an interface sleeve adapter, one saliva collection vessel, diluent, package inserts and it will be priced at $8.95 wholesale with an MSRP of $29.95; the GenViro! Swift Kit Meter that will include 1 meter good for up to 100 test readings, an instructional video on computer media, which can also be accessed at the web site www.pharmatechdirect.com, a meter user's guide manual, and package insert.

The GenViro! Swift meter will wholesale for $19.95 with an MSRP of $39.95 and will include a user's manual, package insert and the aforementioned DVD containing the company's GenViro! instructional video in English, with sub-titles in four other languages, Russian, German, French and Spanish with further adaptations of the video in Hindi and Bahasa Melayu. Finally, the third product will be our GenViro! Swift Verify Kit that will include 1 test strip, an interface sleeve adapter and package insert. This kit is designed to provide a follow up Covid-19 test should that be desired. The GenViro! Swift Verify Kit will be priced at $6.95 wholesale with an MSRP of $24.95.

ABOUT DECISION DIAGNOSTICS CORP
Decision Diagnostics Corp. is the leading manufacturer and worldwide distributor of diabetic test strips engineered to operate on legacy glucose meters. DECN's products are designed to operate efficiently and less expensively on certain glucose meters already in use by almost 7.5 million diabetics worldwide. With newly inspired technology, and diabetic test strips already in the final stages of development, DECN products compete on a worldwide scale with legacy manufacturers currently selling to 71+ percent of a $15+ billion at-home testing market.

The company's new GenViro!™ products designed to test for Covid-19 are not yet available in the United States or Puerto Rico, but Emergency (EUA) Waivers are in process with the U.S. FDA with additional submissions to take place in the near future. The company has also signed an agreement with an FDA and CLIA certified US-based testing partner to complete testing per current FDA guidelines and continues to look forward to the FDA authorization of our EUAs.

The same data that will be produced by the company's new testing partner will be used for submissions to the EU and Russian Federation. We will also use data provided by our Korean partner as part of the XPrize initiative. XPrize requires a blind samples study that will provide the company with additional value.

Forward-Looking Statements:
This release contains the company's forward-looking statements which are based on management's current expectations and assumptions as of October 1, 2020, regarding the company's business and performance, its prospects, current factors, the economy, and other future conditions and forecasts of future events, circumstances, and results.