Top Coding Lesson, CodeWithSharen, Pivots Into a Virtual Program As The Pandemic Hits

Top Coding Lesson, CodeWithSharen, Pivots Into a Virtual Program As The Pandemic Hits

NEW YORK, NY / ACCESSWIRE / SEPTEMBER 24, 2020 / As information transforms into digital format, many businesses are turning towards technology. As this new economy develops, special skills like computer programming and coding are increasing in demand. 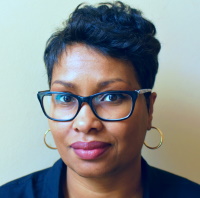 CEO of Codewithsharen, top computer programmer and a mother of three, Sharen Eddings, is ahead of the game by establishing a coding lesson specialized for the younger generation, but open for all. "Coding doesn't only teach you about technicality, but also a lot of other skills such as critical thinking and problem solving," Eddings stated. When the pandemic hits, Eddings was quick to act as she turns her coding class into a virtual lesson. She developed her own software to give her students the attention and engagement they need, regardless of the digital format. Her students consist of children from grade six and up. Her virtual class would start with an eight to ten-minute typing lesson, followed by an introductory video that walks them through the class schedule and lessons. The course would go on for an hour.

Coding began for Eddings when she was looking for a way to provide her kids with better healthcare and find herself a better career path. This motivation led to her initial contact with computer programming at a local library where she fell in love with it. "I saw a lot of potential with the subject matter and decided to put what I learned into my resume. Two weeks later, I landed myself a job at a tech company, and it has changed my life ever since," Eddings claimed, "I had better wages and opportunities and no longer saw the glass ceiling." She then explained her experience working as a computer programmer as nothing short of remarkable, "Tech companies pay for their employees to think, they would even pay for you to continue your education," she explained. "I would brainstorm with my co-workers to solve a coding problem and talk to them about my family at the same time. Everyone knew about my sons and would even ask about them," she stated, "In the tech world, you're not merely an employee. You get to keep the role that you have outside of work as a mother, father, sister, or daughter," she stated. As a mother of three, Eddings feels the benefit of working in a tech company as they give her flexible working hours and the liberty to work at home. "Freedom" was the word she emphasized when asked to describe what success is as a coder, "If you can control your future in any shape or form, that's a success. If you're someone who is looking for a change in lifestyle, this is the job that you're looking for," she stated.

Her passion for computer programming pushes her to build her coding program. "I started small with just my son and his classmates four years ago," Eddings explained, "Then, I started to volunteer in different schools, which soon turned into an after-school program." Through the program, Eddings taught kids how to read, write, and develop code. "There was a lot of excitement for it! I started with fifteen students, which quickly became twenty-five as they kept on sneaking into my classroom," she said excitedly, "At some point, I was trying to figure out how to multiply myself because the demand was becoming really high, and that's when I came up with the virtual online lessons.."

With the pandemic setting in and the growing number of students, Eddings plans to take her virtual lesson to the next level as she seeks funding. "Seeking funding is pretty challenging," Eddings admits. Even though the tech world appreciates her as a working mother, the investing firms? Not so much. According to a research study in 2019, there's barely one percent of Black female founders in the tech industry who get approved for funding and grants. "Convincing parents to put their kids through a coding lesson can also be challenging at times. A lot of them think that their kids can't handle it, which is not true at all," Eddings argued, "In reality, kids are brilliant, plus, parents can also learn it too with their kids!" 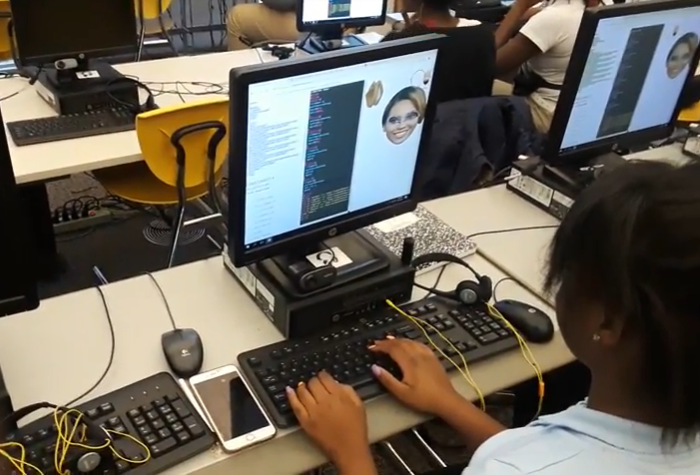 Through Codewithsharen, kids won't only learn how to code, but also how to expand their creativity. Eddings sets a time for her students to apply their skills into something fun and tangible. "That time is called Free Fridays, and during Free Fridays, students are encouraged to apply what they've learned during the week," Eddings stated. She consistently shows her students the end product that they can work towards out of the knowledge they receive, which could be in the shape and form of web design or game development. "I remember having a student who was able to recreate the user-interface of a bridal website by the end of an after-school program!" Eddings proclaimed, "We want to teach children to become the producers of technology and not only consumers of technology."

To learn more about Sharen Eddings and her virtual coding lesson, Codewithsharen, click the links below!