NEW YORK, NY / ACCESSWIRE / September 22, 2020 / Richard Buettner has always known he was never going to enjoy having a job that just let him scrape by. Since he was a teenager, he's focused his energy towards understanding money and energy to be financially independent, as well as discovering what he really wanted to do with his personal resources, namely, energy, time, and money. In retrospect, however, Richard can see that the true discovery was the discovery itself. 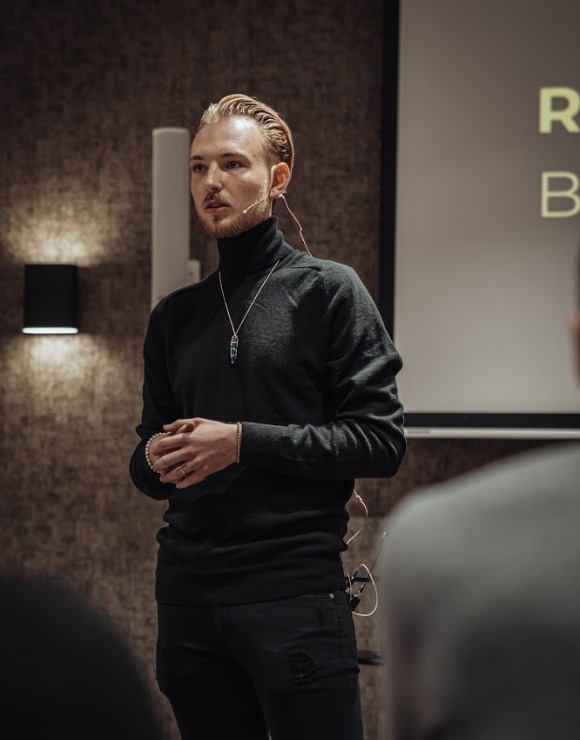 "Looking back, I found what I was looking for in the process, during the journey; The goal was never to reach a destination but to discover the way," Richard recalls.

Now, Richard works as a successful entrepreneur, public speaker, and author. He speaks on subjects surrounding success in personal and professional realms and wants his clients and audience to understand that everyone has their own understanding and perspective based on their experience that they bring to their unique dream. These dreams, Richard believes, lead us to successful stories and achievements. In contrast, Richard is by no means an unfounded idealist. He also understands the sacrifice and struggle that comes with chasing dreams.

Working late nights and early mornings, sacrificing your time with friends, family, and hobbies are all things successful entrepreneurs do. Make sure you have something that's worth the pain because you will experience some loss or gain on your path to success. It will all be worth it as long as you remember to sacrifice instant gratification for long term satisfaction," Richard explains.

Richard believes that his audience and listeners have been blessed with imagination, which is a truly creative force and a double-edged sword.

"Use your imagination for you, and you can and will create your very own heaven on earth. Use it against you, and you'll live in fear and anxiety for the rest of your life," Richard explains.

Richard's teachings are also able to fill gaps where traditional education fails. In traditional schooling and education, Richard has noticed that we often are judged by our mistakes, instead of being given the opportunity to learn from them. Instead, Richard encourages us to find constructive environments that allow us to fail forward, reminding us that the master has failed many more times than the beginner has even tried.

"Only compare yourself to the only person that's comparable, YOU. Get better every day and become the best version of yourself," Richard says.

Sticking to this mindset has allowed Richard to also be the best version of himself, which is in a leadership role. He sees his greatest success as the positive development of others he's had the opportunity to work with, either directly or through indirect impact. As a leader, he sees his most vital role as one of service.

Throughout his time in this role teaching others, Richard also acknowledges how fortunate he is to also be learning things himself along the way. He understands that learning itself is a skill, and while we spend 12 years of our youth learning in school, we are rarely taught how to learn as part of our education. Learning in school rarely comes with context for real-world applications, and Richard remembers being frustrated by not understanding what many of things he learned in school would ever be used for. By adapting to different learning styles and focusing on the "why" instead of the "what" of learning, Richard was able to develop his skill of learning to become a much faster learner.

"I believe in today's age, adapting is one of the most important skills. A few hundred years ago, the strongest people succeeded. In the last 200 years, the smartest and most educated people were succeeding. I believe now the most adaptable people will succeed. We truly live in a new time," says Richard.

When in need of motivation or reminder, Richard calls upon a quote from Marianne Williamson, which inspired him to believe in himself and what he wanted to create.