NEW YORK, NY / ACCESSWIRE / September 21 2020 / Patrick Beck is a young and up-and-coming entrepreneur who has strived to gain an attributable experience among all areas of business. Growing up in Albuquerque and struggling to survive in the streets from the age of sixteen, Patrick has managed to uplift his intelligence and create a successful life for himself. Though dealing with his parents' abandonment was a difficult internal struggle to encounter, Patrick Beck has paved the way for young entrepreneurs in the making to manifest a successful personal life and career. 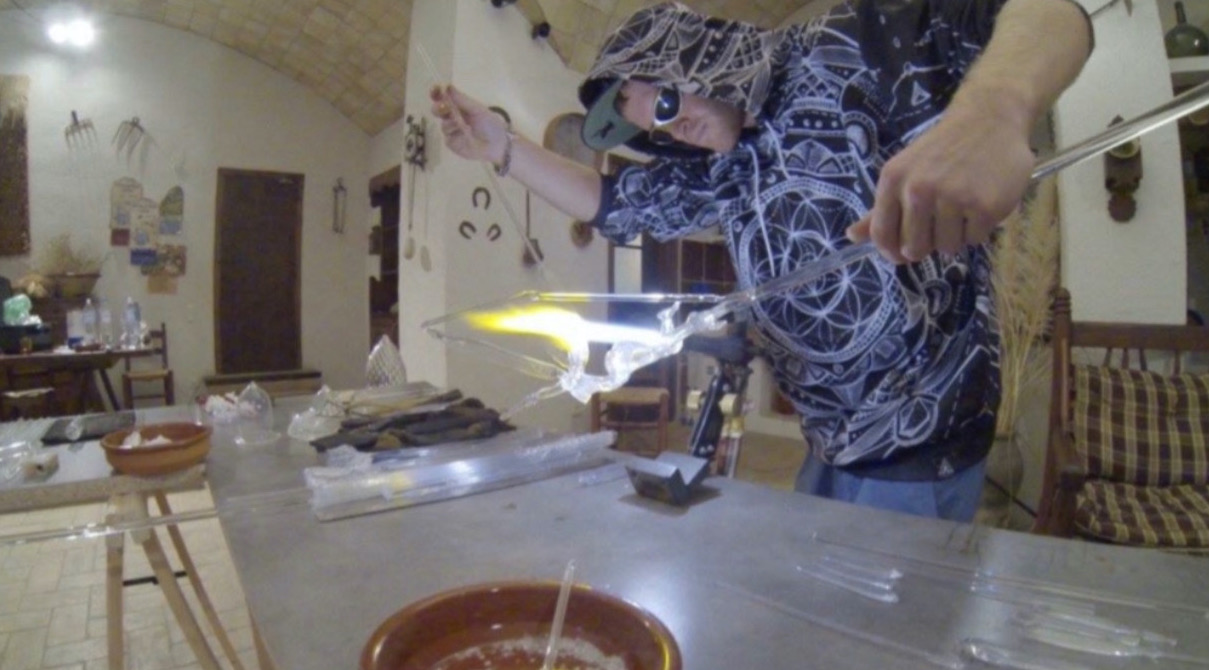 Patrick Beck's path to success is not among others, where his family life was one of the hardest challenges that he is still continuing to battle in the present day. Not only was he left with 35 cents to his name and a quest to discover a secure career path, but Patrick set out to find the truth in who his biological parents are. Dr. Colonel Walter "Mumu" Moore was his great grandfather who had taught him to embrace the strength within himself and served as a role model for his whole life. Days before being abandoned in foster care, his grandfather passed. In dedication to his hard working grandfather, Patrick is working to complete his PhD in psychology while he is traveling the word gaining real world experiences.

At the age of nineteen, Patrick Beck began blowing glass in which he had discovered his passion for. From these very first steps among the business world, Patrick has managed to develop other brands among all regions of the spectrum including coffee making and music production. While building his skill set in glass art, he began visiting cathedrals across the world and soon was receiving awards recognizing his thorough artistry. As he furthered his travels across the globe, he started to trace his heritage. Patrick Beck was invited to become an ambassador for Barcelona gaining exposure among billionaires and celebrities. Nonetheless a path of discovery, Patrick truly believes he is the son of Princess Diana and his a long lineage of royalty within his heritage. Completing a DNA test led to the results lining up with Brigadier General Griego and Princess Diana as his genetic parents.

Patrick Beck has furthered his knowledge in human psychology with his statement recognizing, "On that note, I'm going to leave my readers with the thought that allowed me to come to this conclusion and philosophy that as humans, our psychology is fundamentally flawed and we can only view the world through the limitations of the mind and that of humanity. This therefore goes on to note that there are things in the universe that exist beyond our comprehensions, capacities, and capabilities as conscious, sentient human beings. This means that anything we can think of to exist, allows for a path of logic to create that idea." Patrick believes in the unlimited human potential that has yet to be fully recognized.

Patrick Beck's future is bright and is continuing to venture into further areas around the business world while developing his never ending capabilities. An intelligent individual and diligent entrepreneur, he never plans on letting up on his career path. In terms of future plans, Patrick plans to create a stock market club, automated food production and delivery, release inventions regarding quantum computers and so much more. To follow along with Patrick Beck's future endeavors, click here.