SINGAPORE / ACCESSWIRE / August 27, 2020 / Under the impact of the Covid-19 epidemic, many commercial fields have passively reduced their manpower due to prevention and control requirements such as "social safety distancing" and huge changes in economic conditions. At the same time, there is another group of "people" who are quickly taking up their jobs, while human resources are insufficient under the epidemic situation, making a strong contribution to social stability and economic development. This is the commercial service robot.

The outbreak of the epidemic has greatly stimulated the demand for commercial service robots. In the market, in addition to a large number of emerging technology teams grabbing service robots, there are also listed robot manufacturers and cross-border Internet giants advancing heavily. In August 2020, China Merchants Group, known as the No. 1 largest company in China, has its subsidiaries China Merchants Port Holdings Co., Ltd. (hereinafter referred to as "China Merchants Port") and China Merchants Energy Transportation Co., Ltd. (hereinafter referred to as "China Merchants Energy Transportation"), in cooperation with Singapore's GT Robot Company to launch a commercial service all-purpose robot, which integrates and customizes functions such as smart security, smart distribution, and smart retail. On the basis of providing smart integrated solutions for global ports and shipping, it will also Open up more business scenarios and application areas. 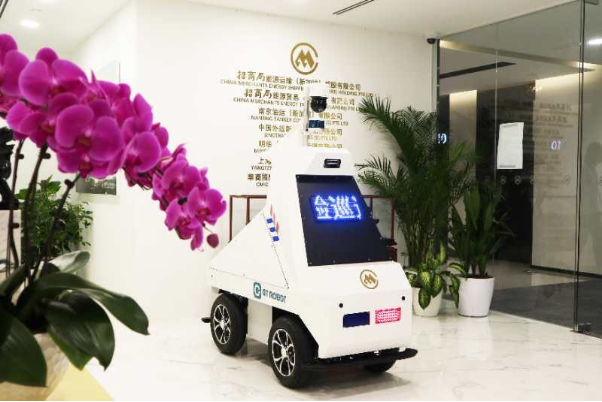 The Almighty Robot is the first service robot launched by China Merchants. Project leader Liu Zhengxin introduced that as the epidemic spreads globally, "hiring" robots will replace part of human work in China Merchants' ports and large ships around the world. It can effectively reduce interpersonal contact in such aspects as patrol security and repeated high-frequency distribution to ensure the epidemic. Preventable and controllable, and maintain normal economic operations. At the same time, the robot can also provide convenient mobile sales services. For example, the crew on a large oil tanker no longer has to run hundreds of meters from the bow to the stern to buy a can of Coke. They only need to use their mobile phones like taxi-hailing software. Call "GT robot, you can enjoy the robot door-to-door delivery service. It is reported that the Shangan robot is expected to become the first robot with an employee number on the 307,000 dwt VLCC under China Merchants. 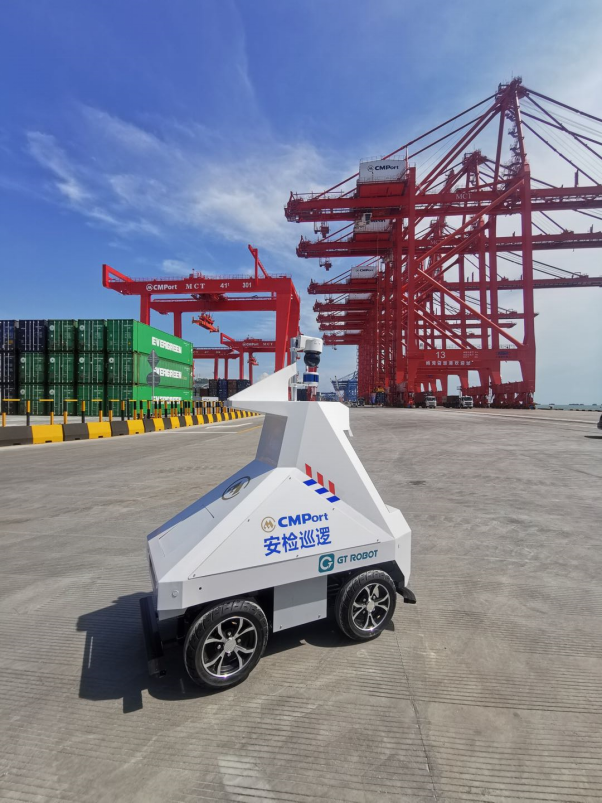 Hu Di, the person in charge of the China Merchants Port and China Merchants Energy Transportation Project, introduced the research and development of robots, starting from actual scene requirements, and launched detailed research and analysis. Singapore GT Group provides comprehensive technical support. In the smart security function setting, the robot can autonomously complete tasks such as fixed route patrol, random route patrol, and key parts inspection. During the patrol, it can automatically monitor the environment, collect data for analysis and sorting, such as automatically verifying doors and windows during automatic security patrol inspections Whether it is locked or not, and whether the items are placed in compliance with regulations, not only has the ability to judge all-purpose visual processing, but also can perform remote transmission and monitoring of visual and two-way voice information, detect environmental smoke and fire conditions, and perform abnormal conditions alarm and warning work Personnel will enter dangerous areas etc. According to reports, according to the needs of commercial customers, Shangan robots can be upgraded and equipped with face recognition and comparison modules, and enable the whitelist and blacklist functions of personnel. During inspections, the robot can read the facial features of incoming and outgoing personnel within 5 seconds. Analyze and display similarity information, and simultaneously display or alarm in the background. The robot can be upgraded to be equipped with an "epidemic prevention and control module". In patrol security, it can not only remind relevant personnel to pay attention to social distance, measure body temperature, etc., but also be equipped with UV-C lamps or liquid disinfectant, which can be sprayed by ultraviolet or disinfectant to complete the control Disinfection of public spaces. 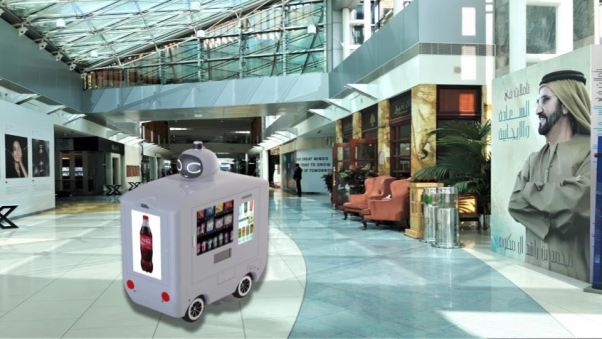 In the research and development of distribution function and retail function, the robot focuses on realizing the function of "running errand shop". With a cargo chassis that can carry 30 kg, it performs a large number of high-frequency repetitive transportation tasks, relieves the pressure on human resources of commercial users, and allows more young workers to engage in higher net worth creative activities. According to Mr. Hao Lei, CTO of GT Group Robotics Company, the robot has an autonomous charging function. It can continuously patrol and deliver goods in warehouses, office buildings and shopping malls for 8 hours at a single charge. The robots can share real-time data at any time to guarantee the duplication of security personnel and delivery personnel. Routine work.

In an interview with Dr. Paul Zhang, Chairman of GT Group, the total value of the global commercial service robot market is growing at a rate of 20%-30%, and the outbreak of the epidemic this year has caused a blowout in demand for commercial robots. GT Group is headquartered in Singapore. Three years ago, it developed the "GT Little Police Robot" for the Singapore Police Station. It serves as a safety ambassador for the Singapore Police Station and popularizes safety education for young people. Dr. Zhang predicted that the Shangan robot developed in cooperation with China Merchants, as an integrator of the three major functions of security, distribution and retail, is expected to become a veritable triathlon champion, fighting the epidemic globally and achieving economic stability. Make efforts for development.