BEIJING, CHINA / ACCESSWIRE / August 12, 2020 / "Primates", a natural science documentary, was exclusively available on Xigua Video and Toutiao on July 31, 2020. This is another high-quality popular science content co-produced by Xigua Video and BBC Studios after "Hubble: The Wonders of Space Revealed". 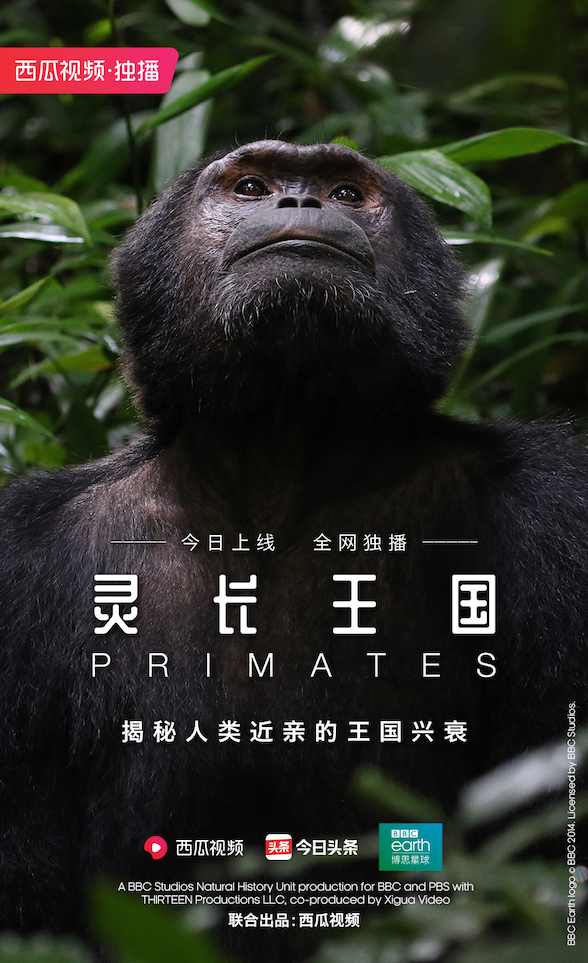 Natural science content, as always, is an important part of Xigua Video's documentary channel. Created by the production crew of "Big Cats", a well-known documentary, and utilizing the latest shooting technology, "Primates" tells an unknown story of primate groups, including some images captured and made public for the first time. It shows how primates shuck oysters and cashews with tools, save themselves when being chased by cheetahs, and are abandoned by families after getting old. Through the camera lens, the audience can "live" with them and feel their joys and sorrows.

In addition to the high-tech production, "Primates" shows reality. This documentary reveals a series of problems currently faced by primates in terms of survival and reproduction, analyzes various conditions that lead to extinction of species, and calls for the attention and change of society.

Xigua Video will, together with animal and science content creators, introduce nature intensively and extensively by means of short videos, pictures and texts to enable subscribers to have a thorough understanding of nature.

According to the data, Xigua Video has now launched nearly 2,000 high-quality documentaries, including "Planet Earth", "Civilisations" and "Frozen Planet", with a cumulative duration of more than 5,000 hours. Moreover, Xigua Video has entered in-depth partnerships with many well-known documentary manufacturers, such as BBC Studios, Discovery, NHK, ITV, and Kyosho in the forms of co-production, content production and copyright cooperation.

A responsible person of Xigua Video said that the platform has launched the "Time Observer Program", hoping to create 100 PGC high-quality documentary content, and continue to enrich the popular science content by participating in the documentary production process.

Owned by ByteDance, Xigua Video is one of China's most popular video-sharing platforms that enable users to discover, enjoy and share a wide range of video stories, both short-form and long-form.