DALLAS, TX / ACCESSWIRE / August 11, 2020 / Since its beginnings, TGI Fridays® has been world famous for its cocktail spirit and flair. So, it comes as no surprise that the iconic global bar and restaurant brand, is giving guests and fans an exciting way to enjoy the spirit of Fridays on National Rum Day, Sunday, August 16th. Everyone's favorite rum-forward cocktail, Fridays™ Long Island Tea will be available To-Go so guests can celebrate in true Fridays fashion - at home, with friends, family, or even on video chats. It's a fun new addition to the brand that helped put the tasty libation on the map and has been serving the drink since 1965. 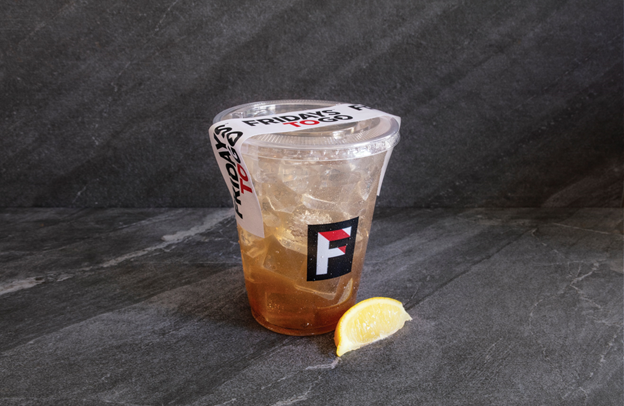 "TGI Fridays was the first major chain to serve and sell a Long Island Iced Tea, so National Rum Day holds a special place in our hearts and history," said Sara Bittorf, Chief Experience Officer at TGI Fridays. "We know guests are all experiencing restaurants differently during these unprecedented times, which is why our teams are happy to re-create ‘That Fridays Feeling,' any time, even if it's at a distance."

Since cocktail-to-go orders are only available alongside food orders, the Long Island Tea is a perfect pairing to any Fridays burger, including the all-new Guinness® Pub Burger or Loaded Cheese Fry Burger. The Guinness Pub Burger features tender, juicy beef infused with actual Guinness Draught Stout and served with a Loaded Potato Skin skewer on top. The Loaded Cheese Fry Burger boasts two things in one. It's an app, it's a burger, it's both! The burger is loaded with bacon-cheese fries, poblano queso, and a skewered loaded potato skin. These meals may be rounded out with a sweet treat from the Fridays dessert menu, featuring Chocolate Bundt Cakes, the Cinnabon® Caramel Pecan Cheesecake, the Brownie Obsession, and more.

To place your order for a Fridays Long Island Tea or food items, visit www.TGIFridays.com/menu. For a complete list of offerings available, check your closest local TGI Fridays restaurant. Orders are available for pick-up/take-out. Restrictions may apply and participation may vary.

TGI Fridays always encourages customers to drink responsibly. Must be at least 21 years old to purchase. Alcoholic beverages are only available at select locations.

In 1965, TGI Fridays opened its first location in New York City. More than 50 years later, Fridays comprises more than 850 restaurants in 55 countries offering high-quality, authentic American food and legendary drinks backed by genuine service. Bringing people together to socialize and celebrate the spirit of "Friday" is core to our promise that "In Here, It's Always Friday®." Visit www.Fridays.com for more information and download our mobile app. Join Fridays Rewards® and follow us on Facebook, Instagram and Twitter.