SAN JUAN, PUERTO RICO / ACCESSWIRE / August 7, 2020 / David Green is a professional day trader and former Wall Street broker from the floor of the New York Stock Exchange with more than 30 years of experience under his belt. David has teamed up with Wall Street University to launch his new day trading program. Wall Street University is now offering a new 6-week program in partnership with David Green designed to help you learn the exact same strategies used by traders every day to earn consistent profits, day trading on the market. "Trading can be one of the most rewarding things you will ever undertake, yet it is not without its challenges. It is a fact that most people who trade on their own in the stock market fail. Why? It's difficult for many traders to accept, but the tools that are essential to success don't necessarily come in the form of strict rules, but from having the right knowledge, tools, and mindset." David Green explained during our exclusive interview with him. 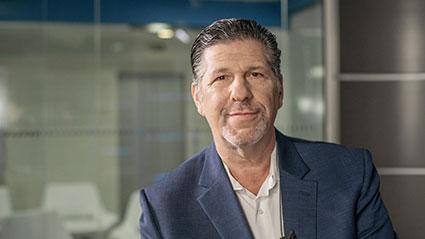 Who is David Green?

David Green is a former market maker and Wall Street trader with over 30 years of experience. He began his career on the floor of the New York Stock Exchange (NYSE) in 1985. He was responsible for Trading in some of the largest listed companies at the NYSE, such as IBM, Bank of America, Goldman Sachs, Best Buy, and many others. His rapid success enabled him to retire before he turned 40. Since leaving the NYSE, David has been successfully trading, teaching, and mentoring traders and investors worldwide with his informative and proven methods. He is widely known for creating successful traders- who day trade for a living- from scratch. For decades, David has been executing trades for hedge funds from the floor of the New York Stock Exchange (NYSE), and now he is now sharing his knowledge with the broader community through Wall Street University.

Retiring In His 30s

Today his passion is helping people make profits. Throughout the 80s and 90s, David Green has successfully invested millions of dollars on behalf of hedge funds and was considered a market maker while trading on the stock floor. Retiring from the floor in 2000, David has been teaching the ins and outs of Wall Street trading successfully mentoring students to earn more cash in the markets. Today, David lives in sunny, beautiful Florida with his wife, where he mentors some of the most elite day traders in the world in his private trading room, "The Green Room Live." Previously this was only available to David's private consulting clients, many of them hedge fund managers, wall street insiders, and multi-millionaire investors. Now for the first time ever, David is making his educational programs accessible for beginner students, teaching them how to use technical analysis to make consistent profits from the stock market. The reviews are in, and David Green's program has created dozens of successful day trading students from around the globe who are making full-time incomes from home using his proprietary methods and strategies. David Green is a rare breed, being one of the only trading educators in the game to share his profits and losses and be transparent about every trade he makes.

On July 4th, 2020 Wall Street University hosted a webinar fundraiser with the George Lopez Foundation and Peter Tuchman aka The Einstien Of Wall Street to raise money with the mission to create change for underprivileged children, adults and military families by increasing awareness about kidney disease and organ donation. This partnership also includes serial entrepreneur Tony Delgado, Founder of Disrupt, and Gaby Beroppsi, Founder of Latino Wall Street, with the mission to bring the knowledge of Wall Street insiders into the Latino community and beyond. They announced a new 6-week program to take aspiring traders from zero to hero and give them the once in a lifetime opportunity to be mentored by David Green and his team and to trade with him live five days a week for 30 days. This intensive Bootcamp led by David Green was designed to give people the skills they need to become full-time day traders and to create a career in the finance industry. 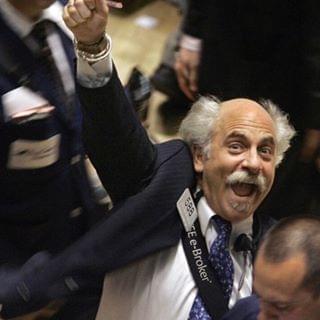 Who Is Peter Tuchman

Peter Tuchman (aka The Einstein of Wall Street) is a stock trader on the floor of the New York Stock Exchange with over 35 years of experience. Peter has been called the "most iconic trader on Wall Street" and is also a motivational speaker who has been featured in every top media publication including CNN, Bloomberg, The Washington Post, Forbes, CNBC, Business Insider, USA Today and many more. "Trading markets now more than ever during these wild roller coaster moments of volatility! Learning money management and day trading skills are the ultimate fundamental tools to navigate markets in turmoil." - Peter Tuchman - Einstein of Wall Street 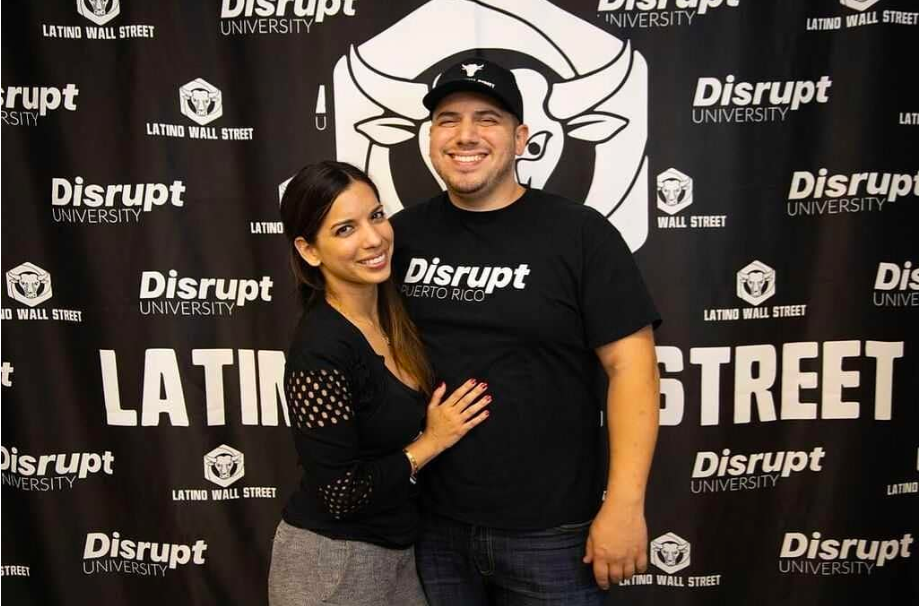 Tuchman connected with Gabriela Berrospi and Tony Delgado, the power couple behind Latino Wall Street, the #1 Spanish platform on trading education for the Hispanic community. The idea was to expand this first-of-a-kind educational service to the English-speaking market. Their mission is to Disrupt Wall Street by changing how people around the world approach financial investment and research today.

Shortly after Gaby and Tony connected with Peter Tuchman, he introduced them to David Green, the former market maker and Wall Street trader with over 30 years of experience, who decided to join forces with Latino Wall Street on the project. 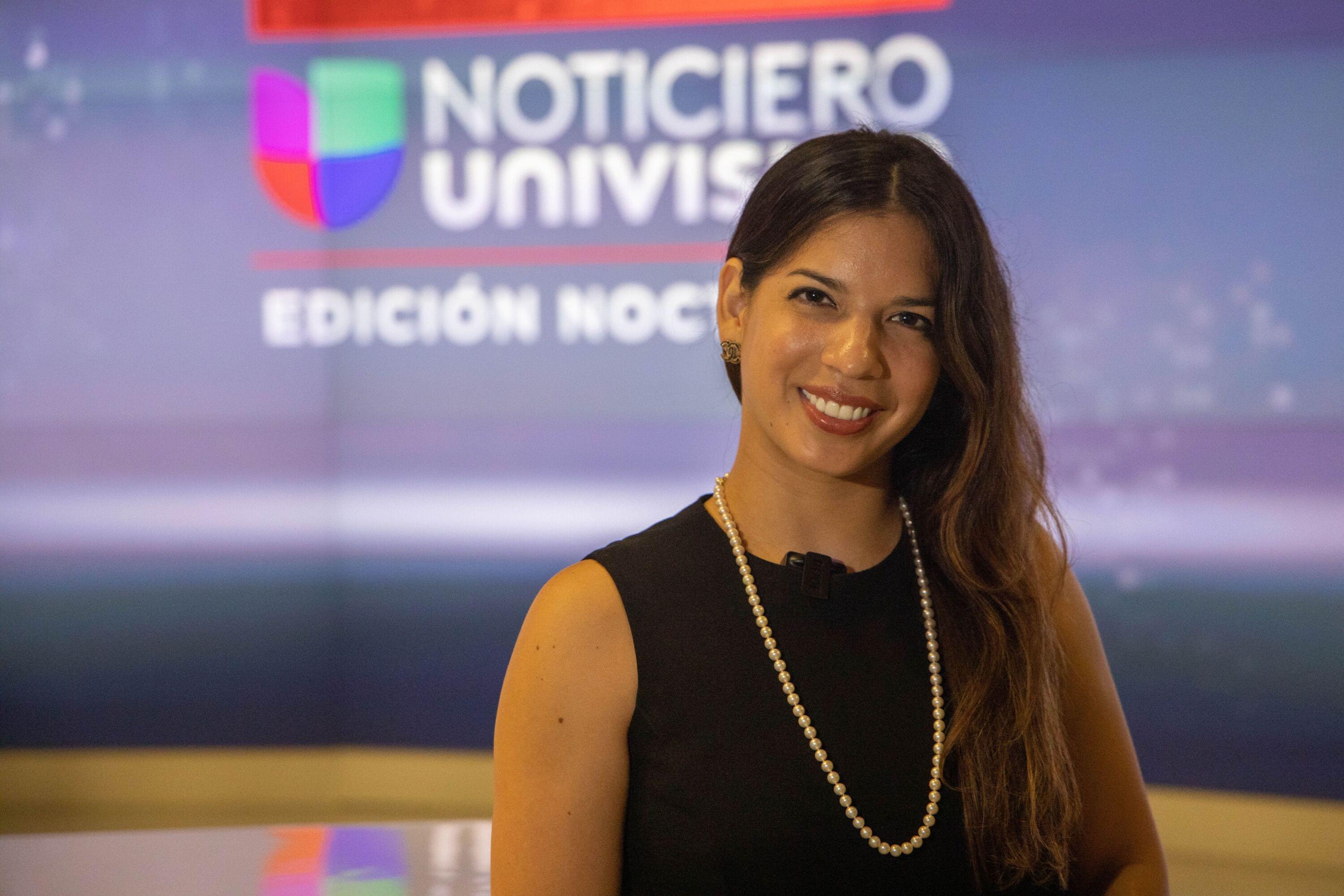 Gabriela Berrospi is a graduate of the prestigious British International School of Lima, Peru which gave her the opportunity to receive a scholarship to be an honor student at New York University (NYU). Her specialization is in Options Trading. She is the founder of Latino Wall Street, which provides financial education in Spanish to the Latino community. She has thousands of members to date as they continue to grow daily. Gabriela has led in-person seminars throughout Latin America and the United States. She has been nominated by Yahoo Finance as the Top 10 Women Entrepreneurs of 2020 and selected for the Forbes Finance Council. She recently delivered a TED talk about breaking stereotypes as a Latino woman in the finance industry. 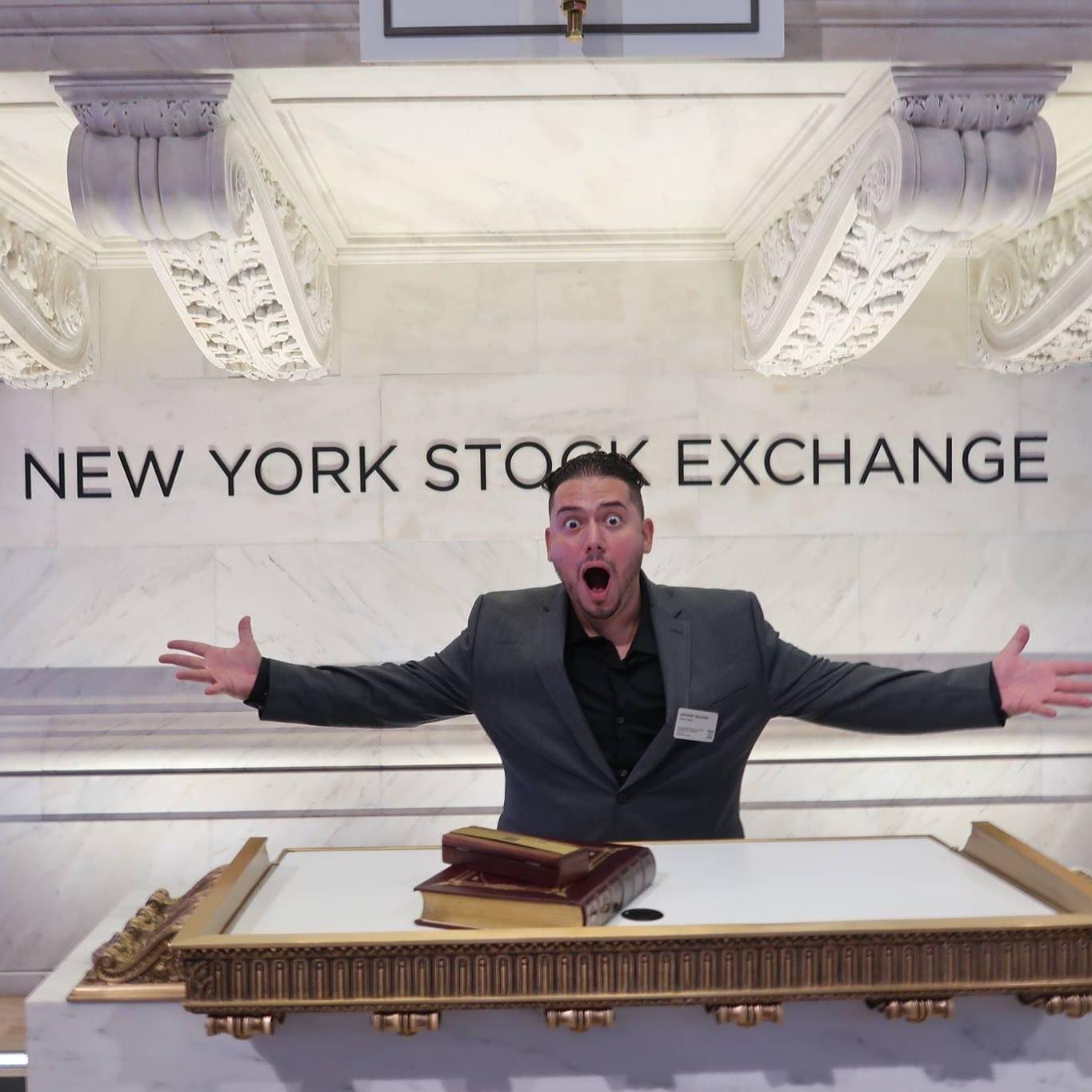 Who Is Tony Delgado

Tony Delgado is a software developer, businessman, activist, philanthropist, and tech entrepreneur who has multiple successful online businesses under his belt. He started his first 7-figure e-commerce business in 2009. Since then, he has helped thousands of entrepreneurs create profitable businesses online. He is the mastermind behind many of the most successful brands. Tony is widely known for his philanthropic work in Puerto Rico's Entrepreneur & Startup ecosystem. In 2017, Hurricane Maria struck the island of Puerto Rico and the outcome was devastating. Many people were left without a home, and even more were injured and killed. Nobody knew how bad the Hurricane was going to be until it finally struck. People from all over the world went to go help rebuild and support Puerto Rico in their time of need, amongst those people was Tony Delgado. He is the founder of Disrupt, a movement that empowers people through his podcast, magazine, and conferences to use technology, innovation, and entrepreneurship to create financial freedom from home. Tony became widely known as a hacker in the professional developer community after winning numerous hackathons sponsored by Fortune 500 tech companies like Google, IBM, Intel, Microsoft, and Facebook. Tony was selected for the Forbes Technology Council and has been featured in countless publications.