ArieCan Productions, the production company behind one of the best dramedies on the web has recently launched their own website at www.ariecanproductions.com where seasons 2 and 3 of Chapter 2 are available for streaming.

BALTIMORE, MARYLAND / ACCESSWIRE / July 30, 2020 / ArieCan Productions is a production company based out of Baltimore, Maryland. The company was launched by Larry Harris and Leonard Martin, with the idea of recognizing local talent and giving Baltimore-based creative artists, actors, directors and writers the opportunity to showcase their work. 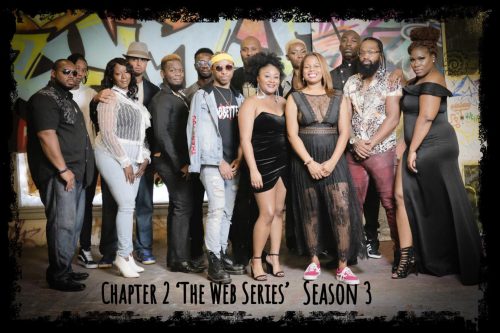 Larry and Leonard's first project together, Chapter 2 "The Web Series" has turned out to be one of the biggest success stories. In September 2017, ArieCan Productions released the first 9 episodes of the original web series, which quickly turned into one of the best dramedies on the web. Season 1 was able to get over 336,000+ views on YouTube alone.

Larry looks back on putting the company together after the duo were adamant to carve their own destiny regardless of what obstacles came their way. He adds, "Every time we sat down to make Chapter 2 a reality, we kept telling ourselves that we must succeed, this series must succeed, and that it's bigger than us!"

Season 2 was released in September of 2018 to a sold-out screening at Hoyt's West Nursery Cinema 14. After an explosive cliffhanger which left the audience wanting more, the web series returned with Season 3 in February 2020 with tickets getting sold out in two weeks prior to the launch.

According to Leonard, "It's been a blessing to see fans all over the world have love for Chapter 2." He further adds, "With the audience we gained on YouTube, we quickly took Amazon Prime Video by storm with season 2 and the reception was phenomenal."

After gaining considerable attention on YouTube and Amazon Prime Video, ArieCan Productions has now launched their own website at www.ariecanproductions.com where fans can stream Season 2 and Season 3 of the hit web series.

Based out of Baltimore, Maryland, ArieCan Productions is a production company founded by Larry Harris and Leonard Martin. Sparked by the passion of bringing their Baltimore's talented people to the center stage, ArieCan Productions continues to give a platform to homegrown talent. The company is home to the hit web series Chapter 2. For more information visit: