A new gospel film, Stop Playing Church from Stop The Madness Productions has been released which gives viewers an entertaining and thought-provoking look at the dangers of people who pretend to understand God and the Bible

LAS VEGAS, NV / ACCESSWIRE / July 29, 2020 / A new gospel comedy movie Stop Playing Church has been released by independent filmmakers Stop the Madness Productions. The film depicts the downfall and redemption of a jackleg preacher who receives a visit from God. 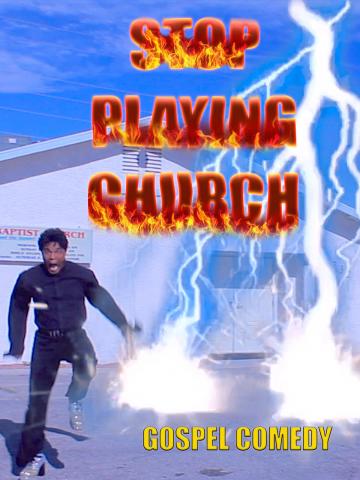 More information is available at https://www.amazon.com/gp/video/detail/B084DLZRVZ

The newly released gospel film from Stop the Madness Productions was written, directed, and produced by pastor Mary Bey-Anderson who used her own life experiences to create the movie.

Pastor Mary Bey-Anderson grew up in Pittsburgh, Pennsylvania, before moving to Las Vegas in 2002. Her youth was initially spent on money, drugs, and other vices where she found herself doing things, and being in places she did not want to be.

It was during this time that she found God and religion. Her newfound faith helped her to change her ways and find a new direction in life. Following this, she decided to devote herself to God and helping others to find their own paths with the help of her faith.

Over the years, Pastor Mary Bey-Anderson has developed and facilitated many entertainment productions such as concerts, plays, and fashion shows. With her new gospel movie Stop Playing Church, she hopes to broaden her reach and influence on people looking for not only entertainment but also to educate people on the risks of playing Church.

Stop Playing Church is based on real-life testimonials and experiences. The film aims to open the viewer's eyes to the dangers of people who pretend to understand the Bible, and it's teachings. The movie's protagonist, Bishop Roy Dumbmass, is at risk of leading his congregation to hell through his lack of knowledge of God and the Bible.

The gospel movie does, however, show that redemption is possible as God visits the Bishop and helps change the man's direction in life. This redemption is perfectly encapsulated in what is described as the most dramatic scene of the film where Roy Dumbmass admits he is a sinner, accepts Jesus as his Lord and Savior with a repentant heart.

Pastor Mary Bey-Anderson says: "My prayers and goal for 2020 is to reach millions of viewers, make a difference in the world, and continue to spread the Good News of Jesus Christ."