XFC Locks September 12 Date for Tryout #1 in Michigan; Relaunched XFC Website Has Received Over 200 Applications to Join Next Wave of Fighters

XFC Locks September 12 Date for Tryout #1 in Michigan; Relaunched XFC Website Has Received Over 200 Applications to Join Next Wave of Fighters

DESTIN, FL / ACCESSWIRE / July 27, 2020 / Duke Mountain Resources Inc. (OTC PINK:DKMR) has secured both a location and date for its first series of tryouts for the Xtreme Fighting Championships ("XFC"), which will take place at Team SFS-Scorpion Fighting Systems in Brighton, Michigan on September 12.

"I've met with Team SFS James David Gray at his gym to review our tryout format, and after seeing the facility in person we know they are ready to stage a world-class event for our ambitious young fighters", said XFC President Myron Molotky. "The September 12 date gives these athletes adequate time to prepare, and allows us to work with James to bring in our custom XFC gear and equipment for a truly professional environment."

Team SFS owner James David Gray expressed his enthusiasm for the opportunity "Scorpion Fighting System is honored to have been selected to host the Midwest tryouts for XFC. XFC has a long history of creating opportunities for rising stars, and we firmly believe this partnership will enable our world class athletes in the Midwest to earn the right to compete inside the Hexagon."

Molotky continued, "We knew there were scores of hungry fighters just waiting to show their abilities, but the volume of interest has exceeded our expectations. We have received applications from amateurs to highly regarded veterans. XFC offers the fans a glimpse of the future while also providing a platform for deserving stars at the next level, with the XFC Young Guns Tournament featuring talented yet relative unknowns and the XFC Tournament of Champions featuring highly successful world class athletes. Ultimately, the XFC SuperFight Series will showcase the best fighters in the world."

XFC Matchmaker Eduardo Duarte added "Myron and I will have a tough job to reduce this talented group to just the very best prospects, and we know these competitors will make it hard for us. Our goal will be to identify the best athletes and put them to the test during the tryouts. With so many deserving athletes that continue to apply, we are convinced that next level additions to the XFC roster will be discovered through this rigorous process. The XFC Tryouts are the most comprehensive test in the industry. If you make it...you will earn it."

In order to streamline the process and manage demand, the XFC recently re-launched and upgraded its website as fighter-related activity has increased in July. Fighters aspiring to compete in the XFC Hexagon in 2020 can apply at www.xfcmma.net/tryouts to submit their information. 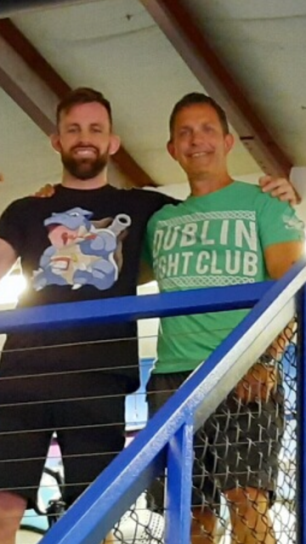 Duke Mountain Resources Inc. (OTC: DKMR) became a primary investor in the sports entertainment market of mixed martial arts. As the lead investor of Xtreme Fighting Championships, Inc.("XFC"), DKMR became XFC and is a premier international mixed martial arts ("MMA") organization with offices throughout the United States and South America. The Xtreme Fighting Championships (XFC) is the only publicly traded independent mixed martial arts (MMA) organization in the world. XFC has partnered with one of the largest open television broadcasters in Latin America - Rede TV! as well as HBO, ESPN, Esportes Interativo, Terra TV (the largest internet portal in the world), and UOL - the largest internet portal in Latin America, and premium cable & satellite television network. The XFC has had over 185 exclusively signed fighters, representing over 35+ countries worldwide with even more growth expected. Boasting the signing of The Next Generation of Male & Female Superstars, the XFC is known for entertaining fans with the most action packed MMA events on television and stadium venues. The Next Generation of MMA.