DUBAI, UAE / ACCESSWIRE / July 18, 2020 / One look at Amer Safaee's Instagram feed and it is far from obvious that his success grew from extremely humble beginnings. Safaee was born to a poor family in 1980 in Daykundi.

At university, Amer completed a Bachelor's degree in IT and technology. Soon after, he opened an IT company called Bama Security - now one of the leading companies in network security services and software and hardware.

Although Bama Security was initially established in Afghanistan, it proved a big success and has now been extended to 10 other countries across the Middle East and Central Asia. This culminated in the formation of the Bama Group of companies with over 450 resellers across the region and offices as far away as the UK and Germany. However, most of the company's annual sales come from Tajikistan, Afghanistan, Iraq, and UAE.

More recently, Safaee completed his MBA, or Masters of Business Administration, and has since made investments in the health and beauty sector. His health and beauty company ZAZZ now operates in five countries with plans to expand to more.

Importantly, Amer makes time for his hobbies and passions, which include horse-riding, travel, and luxury cars. In the case of fashion, he has managed to make it both a passion and a career and enjoy the best of both worlds.

Indeed, work-life balance is a priority for Safaee. He splits his time between Dubai, London, and Istanbul - so time for relaxation is an important part of staying refreshed and keeping his mind operating at maximum capacity.

He loves to walk to unwind after a stressful day at the office. He loves fine dining and healthy food, but admits that he also has a weakness for traditional food which he tells Yahoo "is not healthy at all." He also loves his dogs, who can often be seen accompanying him wherever he goes. 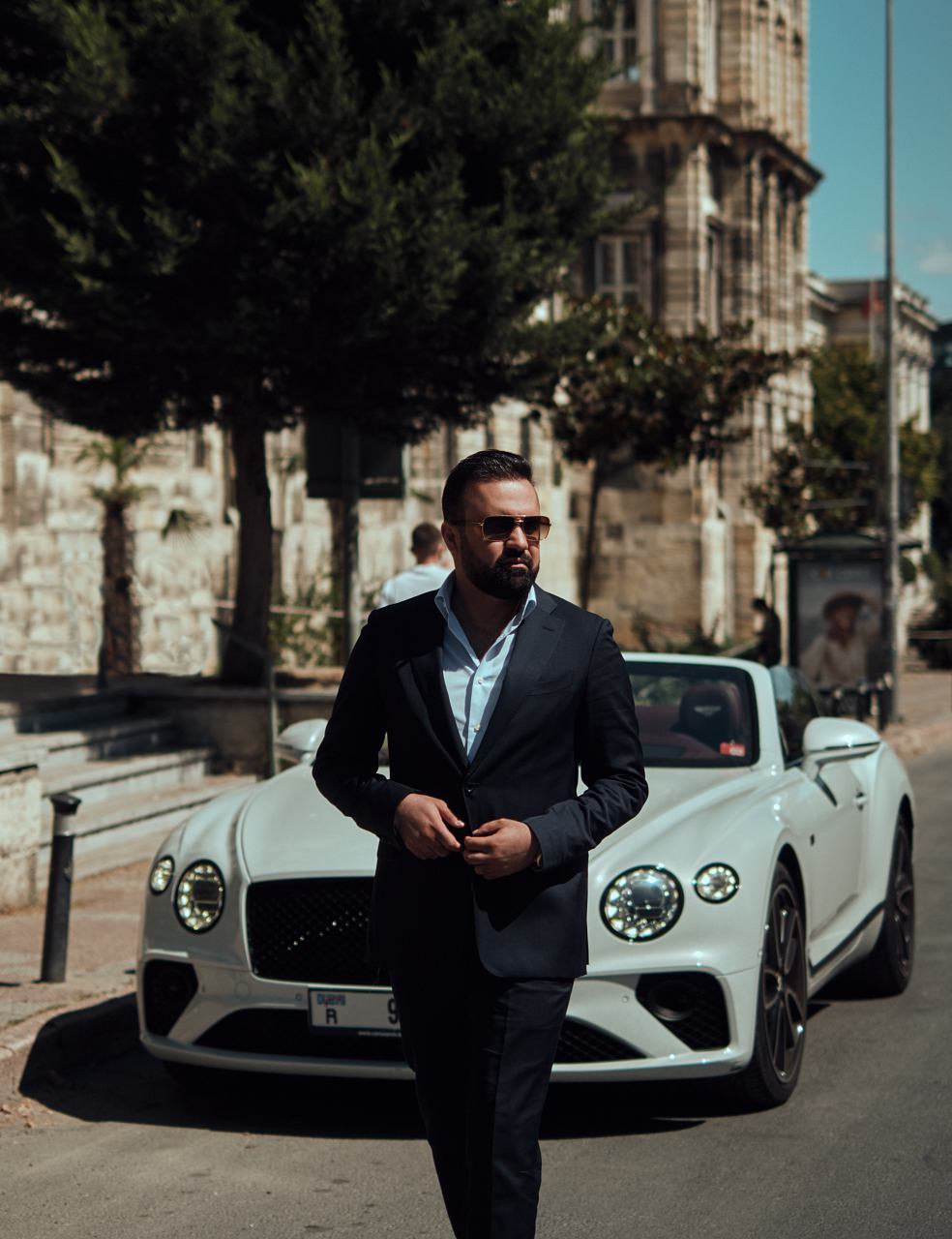 For young entrepreneurs who are looking to follow in Amer's footsteps, they should know that his approach is simple yet highly effective.

While Amer understands that manual labor has its place in the world, he believes that the best tool any entrepreneur can master is their brain. He advocates reading books about business and studying as much as possible to truly grow personally and professionally.

He is also a big believer in logical risk. In fact, Safaee goes as far as saying that it is hard to be successful without taking such risks.

Amer also attributes hard work to a lot of his success. Since he is unmarried and has no kids, he can focus 100% of his efforts on building his business.

Of course, no story of success comes without failure or setback. Amer is more than comfortable to admit that he has lost it all on two separate occasions. The very nature of his business dealings in Central Asia and the Middle East means he is no stranger to volatile markets or conflict.

However, failure to Amer is a way to learn from mistakes and move forward into a stronger position.

Failure is also a stage for Safaee to do his best work. It motivates him to continue and not give up until a solution is found.

Amer is not content with his success thus far.

By 2025, he plans to operate in at least 50 different countries worldwide. He believes that in the future, technology will be a large proponent of most businesses. His conviction is also backed by a strong religious belief that God will support his endeavors - so long as they don't hurt or damage anyone else.

But if there is anything that Amer Safaee wants young entrepreneurs to know about his path to success, it is that anyone can emulate his story. They do not need to come from wealth or be backed by pre-existing capital. In Amer's words, they just need to "decide and start" and the rest will fall into place.

For many aspiring entrepreneurs, they will be fearful of taking risks - particularly since the start of the global pandemic. But whenever they are afraid, they should remind themselves of Safaee and his upbringing in war-torn, rural Afghanistan. Hopefully, they will find inspiration to write their own stories and believe that anything is possible. As Amer will happily tell anyone, external circumstances are no barrier to success so long as one works diligently and consistently toward their goals.

Whatever happens in the future, it will be interesting to watch the personal and professional growth of Amer Safaee and the path he takes to find success.