She participated in the production of a commercial creative video clip with extreme sports. For her, this shooting and special effects production is also a new challenge. Jingai LI and the team encountered many unexpected situations in the coordination of shooting sites and better visual performance. In the end, when the skydiving stuntmen jumped down from a height of thousands of miles, they cooperated with each other to achieve the impossible task in the shortest time and made the clip successfully, and the video clip was widely reported by Associated Press and Yahoo. 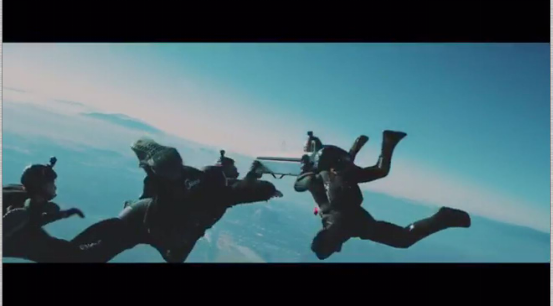 Now, as a producer and special effects person, she has entered Image Macro Control Film Production, which is only the first step in the industry of film and television. What pushed Jingai Li's entery into the film and television industry was movies produced in Hollywood that were shown in theaters. At that time, Pirates of the Caribbean: The Curse of the Black Pearl was being released. The scene when the pirates came out of the sea gave her a great shock. She made up her mind to quit her stable job, defined her life goals and started to struggle again. She could hardly imagine the difficulties she would face. Once she was determined to move ahead, there would be no excuse for failure.

Joining Image Macro Control Film Production is a prominent start. Image Macro Control Film Production (short for IMC film production )a new and prosperous company. All the people are working hard together to make all the impossible things become possible , and try their best to solve the difficulties. Nowadays, the web series broadcasting platform has become a stage for young directors. It is by shooting web series that many new generation directors come to the stage and let the audience know their works. The web series Hello Los Angeles, which cooperates with Sina video, is about to complete the preparatory work, which is good news for her and the team. As a co-producer and special effects artist, JingaiLI is receiving much media attention. Although this is an independent production web series produced at a small cost, it has a novel form of expression. It uses comedy expression to show the characters meet all kinds of things in Los Angeles. Behind the hilarious incident is the warmth and emotion of human nature, the unique story, the youthful and energetic role, and the constant laughter and tears. Although she encountered many difficulties in preparing for the shooting of the short web series Hello Los Angeles in the early stage, she and her team worked together to overcome the difficulties, and finally the web series was about to finish the preparations. These are the best people around her. They can always face difficulties with a smile. Unite and cooperate together and devote themselves to the whole project. She is also trying her best in this highly technical field. 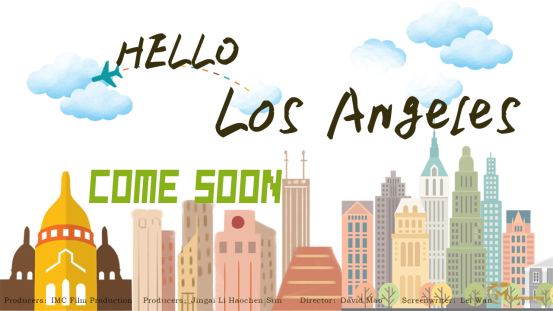