NEW YORK, NY / ACCESSWIRE / July 7, 2020 / How did Richard Telfeja go from earning $7/hour to building a seven-figure E-commerce empire? The answer lies in the rising E-com star's self-starter attitude and ability to innovate under pressure. After just 5 years in the E-commerce industry, Telfeja has built a side-gig dropshipping on Facebook into a multi-million dollar profit machine. The Miami native now looks to share his success with others through his tailored Ecom Profit Masterclass and build E-com's next generation of entrepreneurs. 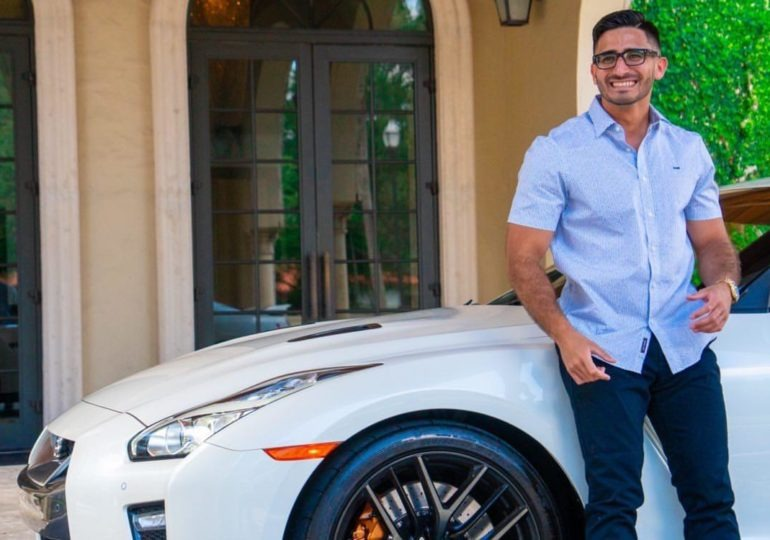 The first-generation son of hard-working Cuban immigrants, Telfeja was studying to become a financial advisor when he first stumbled upon the world of E-commerce. "I was studying finance at FIU, but was looking for ways to make some extra money," Telfeja explains. "I had always been interested in business, so when I saw an ad to start my own business, I introduced the idea to my partner. I think what makes us unique is that we had no intention of being entrepreneurs previously, but when hit with an opportunity, we went along with the ride and it ended up completely changing our lives."

When the business started taking off, Telfeja knew that he had to go all in. Eschewing the nine-to-five workweek and choosing instead to take his financial life in his own two hands, Telfeja jumped headfirst into the competitive world of E-commerce. Telfeja's success has earned him international recognition and a huge following on Instagram, where the young entrepreneur regularly updates his followers with E-com tips and motivation.

Yet success did not come easily to Telfeja. When asked what the biggest challenge in starting a business is, his answer was a simple: "Yourself." According to Telfeja, "The biggest challenge is trusting in yourself. It's hard because you are a beginner, you don't know why things aren't working, etc. But instead of simply trusting yourself, trust in your ability to grow and adapt to whatever the situation demands. Once I made this shift in my brain, things started moving."

Telfeja's self-starter attitude paid off and he now looks to pass his expertise into E-commerce newcomers and experts alike through his acclaimed Ecom Profit Masterclass. Under Telfeja's tutelage, Masterclass students have begun earning tens of thousands of dollars on their own, using his patent sales strategies and E-commerce know-how.

Moving forward into new business ventures, Telfeja isn't afraid to point to his immigrant roots as inspiration for his determination to strike out on his own towards financial independence. "I come from a family of immigrants who did whatever they had to so they could ensure I would have a better future than them," Telfeja shares. "I wanted to give them and anyone around me a better life. Everything I have built was built on the foundation of those sacrifices they made when I was just a child. So I had to show them I wouldn't take the opportunity they gave me for granted."

Looking forward, Telfeja hopes to expand his business into optimizing product fulfillment, expanding his e-Com community and launching more product brands and ad agency work. Through Instagram, he is constantly engaging with other professionals and monitoring trends in the dynamic E-com industry. In a recent post, he demonstrated the resilience of his E-com business model, posting more than $454,000 in revenue, even in the midst of a global economic slowdown.

As society reemerges from the grips of COVID-19, E-commerce has once again proven itself as one of the world's most resilient and fastest-growing industries. Following in Telfeja's digital footsteps may appear difficult at first, but he assures other entrepreneurs that the first step is always the hardest. "Just start. You will never get rid of fear, you will either find ways to ignore it, or ways to use it for your own benefit."

To learn from Telfeja himself, attend his Ecom Profit Masterclass or get E-com advice directly from the source on his Instagram.