VANCOUVER, BC / ACCESSWIRE / July 7, 2020 / MGX Minerals Inc. ("MGX" or the "Company") (CSE:XMG)(FKT:1MG)(OTC PINK:MGXMF) is pleased to announce a Technical Report (the "SRK Report") by SRK Consulting Canada ("SRK") has been prepared in accordance with the requirements of National Instrument 43-101 - Standards of Disclosure for Mineral Projects ("NI 43-101") for the Heino Gold Deposit and Tillicum Claims. The complete report is available on SEDAR. See British Columbia MINFILE 082FNW234 for detailed information regarding the deposit and claims.

Initial 3D Modelling of significant mineralization as represented in Fig 8.2 of the SRK Report: 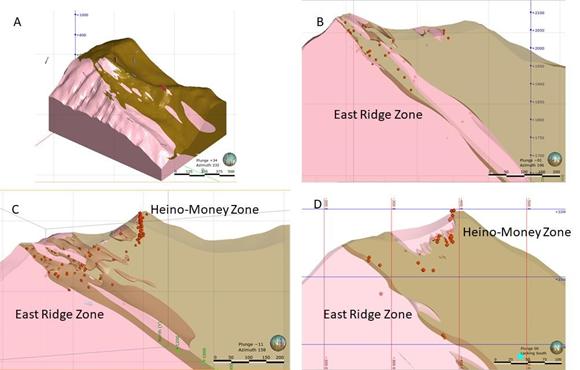 Table 6-2: Summary of exploration activities on the Heino Gold Project

Between 1982 and 1993, when Esperanza Explorations Ltd. held the property, the Heino Gold Project was taken from a grassroots prospect through to an advanced stage exploration project including limited underground exploration development. Over the 11 years, Esperanza Explorations Ltd. built roads, geologically mapped and prospected the area, collected and assayed rock samples, and conducted limited geochemical soil surveys. Surface and underground diamond drilling programs were undertaken almost continuously throughout those years (see Section 10). Gold mineralization discoveries outside of the Heino-Money and East Ridge Zones were also made.

In 1982 exploration work included geological mapping at a scale of 1:1,000 by Dr. J. Crawford, which concentrated on the north side of Tillicum Mountain, and over the area of the Heino-Money Zone. In addition, Dr. Ken Northcote, under the contract of Vancouver Petrographics Ltd., carried out a preliminary petrographic and mineralographic study on 34 thin sections collected from drill core and hand specimens. Geochemical soil surveys on the Tillicum Property during 1982 were restricted to four lines across the south end of Grizzly Valley and to ‘reconnaissance contour-type' sampling in Sue Valley to the northwest of Tillicum Peak. Other short soil sample traverses were conducted in conjunction with prospecting on Hailstorm Ridge (Guild, 1983).

During 1982, Western Geophysical Aero Data Ltd. conducted a regional, low level airborne magnetometer and VLF-electromagnetometer survey across the Tillicum Mountain Gold prospect area. The purpose of the survey was to delineate any variations in magnetic intensity and near surface conductivity that assisted in the search for gold or massive sulphide mineralization (Guild, 1983).

Exploration in 1983 consisted of geological mapping at a scale of 1:300, surface rock chip sampling, bulldozer trenching, and 325 m of road building. In addition, 61 m of underground development was completed into the East Ridge Zone (Roberts and McClintock, 1983).

The Esperanza Explorations Ltd. exploration programs between 1985 and 1989 were focused on delineating "reserves" within the Heino-money Zone, as well as determining metallurgical qualities of mineralization; details of which are presented in Section 6.3 of this report. In addition to historical preliminary "ore reserve" estimates, the exploration programs included 1,518 m of underground development on the Heino-Money Zone and 410 m of drifting on the East Ridge Zone; all of which were conducted by Nemo Resources of New Denver, B.C. The underground development and bulk sampling program defined continuous gold bearing skarn along 37 m of drift length

(Dewonck, McClintock and Roberts, 1986). Small-scale mining occurred in the summer of 1993.

After a hiatus of 5 years, exploration resumed on the property in 2001. Principal work included a partial survey of the access roads, an inspection and inventory of existing on-site facilities and equipment, and the collection of 79 stream sediment, soil and rock samples from selected parts of the property. Timberland Consultants of Nelson B.C. were contracted to collect Differentially Corrected Global Positioning System survey data along the access road to the mineralized area on the Tillicum property to confirm the location of the road in NAD83 coordinates to a precision of +/-1 m. In addition to the road, the survey was also designed to locate the position of the warehouse, the Heino-Money 2050, 2130 and 2160 level portals, the East Ridge 2060 level portal and other claim boundaries (Campbell, 2014).

In 2013 and 2014, significant physical improvements to the property were made, including the installation of a new 12-man sleeper, a new septic system and 100 kilo watt generator, and 10 m x 22 m workshop. In addition, the access road was refurbished with new culverts and ditches installed for erosion control (Campbell, 2014).

Table 6-3: Summary of underground development within the Heino-Money and East Ridge Zones

Small scale production occurred in 1981, 1984, and 1993 from the Heino-Money Zone. Table 6-4 summarizes tonnages and metal content recovered per year of extraction.

Table 6-4: Summary of bulk sampling conducted on the Heino-Money Zone

In 1984, a 227-tonne bulk sample was extracted from an underground adit driven into the upper part of the Heino-Money zone. This material was shipped to the Dankoe mill located in Keremeos, BC, in 1985, where 168 tonnes was milled. The average recovered Au grade was reported at 287.8 g/t.

In 1985 and 1986, a bulk sample of 2,972 tonnes of material was extracted from underground development and surface trenching on the Heino-Money Zone. This material was collected for metallurgical testwork that was conducted at a custom mill. It is reported that this material was found to be free-milling and standard crushing, grinding and gravity and flotation circuits yielded 92% gold recovery. A total of 3,180 oz of gold was recovered from this testwork, and it is reported that two-thirds of the gold was found to be associated with sulphide minerals. Results of this historical testwork have not been reviewed by SRK.

In May 1993, a total of 6,800 tonnes of material was mined from four underground levels within the Heino-Money zone and 5,503 tonnes were shipped to Bethlehem's Goldstream mill located north of Revelstoke, BC. Recovered average grades from this bulk sample were reported at 18.62 g/t Au and 29.81 g/t Ag.

All work completed prior to the issuance of NI 43-101 has been completed by qualified professionals of their day but is not NI 43-101 compliant.

SRK has recommended a $525,000 work program primarily to be spent on confirmation drilling in support of a Resource Estimate that is being prepared in accordance with the requirements of National Instrument 43-101 - Standards of Disclosure for Mineral Projects. From Section 18 of the SRK Report quoted in whole:

In reviewing the compiled database and historical reports pertaining to the Heino Gold Project, SRK makes the following recommendations:

Notice of Work and First Nations

A Notice of Work ("NOW") has been filed following the recommendations of the SRK Report. First Nations Consultation is underway and the Company believes that there are no significant objections to confirmatory exploration and immediate employment of significant local labour. The Company has engaged Crescent Bay Construction of Naksup, BC for mine access road maintenance and security. The road is in good condition for exploration purposes, washouts have been repaired and access to the main mine haulage 2050 level is near complete. MGX has a history of mineral exploration in the Kootenays including the Driftwood Creek Magnesium Oxide deposit north of Cranbrook, BC inclusive of Resource Estimate and Preliminary Economic Assessment.

The Company does not foresee COVID_19 impacting initial confirmatory exploration as recommended by the SRK Report or impairing the asset value of Tillicum Claims and Heino Gold Deposit at this time. Exploration and construction teams will be limited to 3-6 personnel. At such time that significant labor is needed MGX will prepare a comprehensive COVID_19 plan and will rely on distancing, hand washing, and symptom monitoring to control the spread. As required by Transport Canada, masks will be required on all flight operations, which will be limited to 6 personnel including pilot. The West Kootenays is not an area of significant COVID_19 outbreak at this time and it is not expected COVID _19 would not be transferred from local population to miners as long as basic hygiene protocol is maintained.

Andris Kikauka (P. Geo.), Vice President of Exploration for MGX Minerals, has prepared, reviewed and approved the scientific and technical information in this press release. Mr. Kikauka is a non-independent Qualified Person within the meaning of NI 43-101.

MGX Minerals Inc. invests in commodity and technology companies and projects focusing on battery and energy mass storage technology, extraction of minerals from fluids, and exploration for industrial minerals and precious metals.