The collective aims to solve the country's notorious counterfeit pharmaceuticals problem, which is caused by a lack of proper checks in the supply chain process. Until now, it has been common for counterfeit drugs to be mixed with legitimate drugs during the distribution process, with a consequent risk to public health. In 2017, 100 tons of counterfeit, outdated or substandard medicine was seized throughout the country.

By facilitating blockchain certification of pharmaceuticals in the country, smart contract platform Fantom - alongside technology partner Chekkit and its partners - will create an immutable audit trail to ensure items are not tampered with at any stage of the distribution. Initially, Fantom will track 80,000 products across four different pharmaceuticals, with its Opera mainnet providing fast and secure consensus.

Fantom CIO Michael Kong said, "We're delighted to be advancing this vital project to the next stage. We would like to extend our thanks to the Ministry of Public Health, who have supported our vision from the start."

"With the assistance of Royal Star, Nabros Pharma and Bliss GVS, we will ensure the authenticity of pharmaceuticals and make an important contribution to the country's healthcare system." 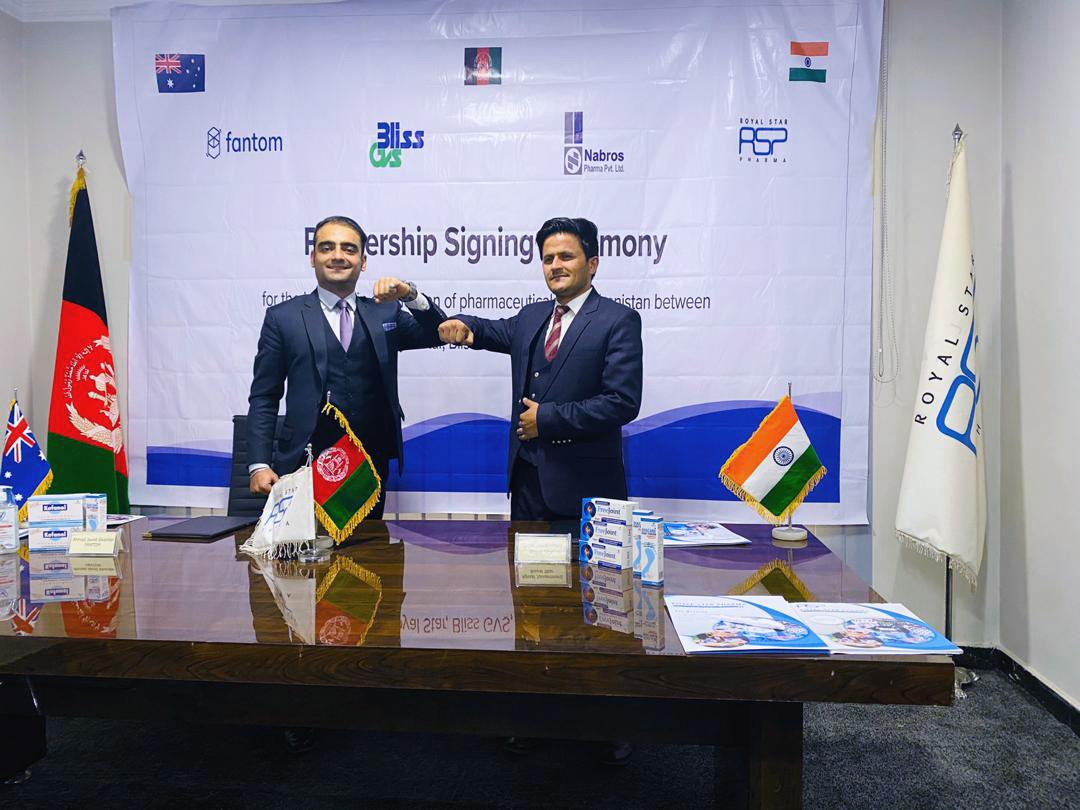 Fantom has created shipping labels that will be scanned at each stage of the distribution process, with a hash of the data - product name, batch number, expiry date, etc. - generated, timestamped and committed on-chain. Each labeled item will contain a unique hash generated by eleven separate data points, and the authenticity of data can be verified on the public blockchain.

Products initially featured in the project include 50,000 hand sanitizers endorsed by the World Health Organization, 10,000 Free Joint Creams, 10,000 Kofol Chewable Tablets and 10,000 Diacare Foot Creams. Following the pilot, Fantom intends to roll the technology out on a larger scale later in 2020.

As well as addressing the problem of counterfeit drugs, Fantom's arrangement with the Afghanistan Ministry of Public Health will see it create blockchain-based hospital medical records and electronic patient healthcare records.

"This program is the first application of blockchain in Afghanistan; we are so happy to be applying it in the health sector to stop counterfeit drugs by making it easy to track pharmaceutical products. It's an important project for our nation, and we fully endorse it." said Dr Ghulam Sayed Rashed, Executive Director of National Medicine & Health Care Products Regulatory Authority of the Ministry of Public Health. "After the pilot program, we will hold a celebration ceremony and support the initiative further moving forward."

The announcement comes seven months after Fantom partnered with the Afghan government to develop a blockchain initiative for public health. Facilitated by Fantom with the assistance of SkChain, a blockchain consulting firm, the partnership handed Fantom a mandate to create a solution for detecting counterfeit drugs and establishing blockchain-based hospital medical records and electronic patient healthcare records.

Fantom is a DAG-based smart contract platform with fast confirmations times and low transaction fees. Any enterprise, government, or developer can build blockchain products by picking Fantom modules fit for their purpose.

The Fantom Foundation was established in 2018, and now has developer, marketing, and business development teams located around the world in countries such as Australia, Afghanistan, South Korea, South Africa, Russia, the Czech Republic, the UK, the Netherlands, and the USA. Since its inception, Fantom has attracted investment from names including Breyer Labs, XRP Arrington, Signum, and many others.