The records appear below: 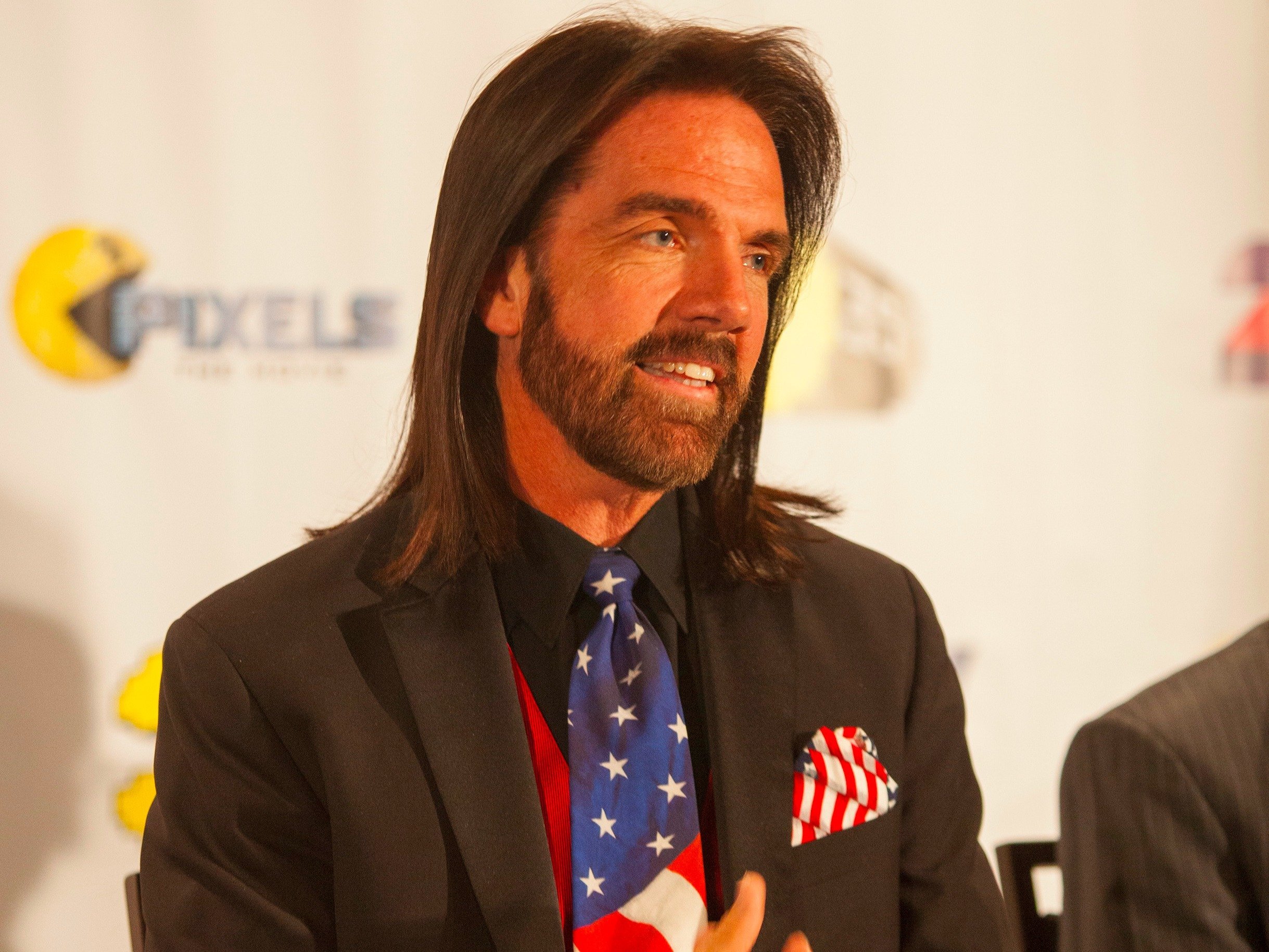 "I wanted to clear my name and resume my role as one of the key personalities and promoters of competitive eSports," said Mitchell, who helped transform the category from the arcade into a competitive international sport. "It took more than two years and an abundance of indisputable facts, eyewitnesses, and expert testimony to prove all of my records were legitimate."

Mitchell, who can always be seen wearing his signature black suit, boots and American flag tie, has been featured in at least four documentaries during his gaming career, including "The King of Kong: A Fist Full of Quarters," "Chasing Ghosts: Beyond the Arcade," "The King of Arcades" and "Man Versus Snake: The Long and Twisted Tale of Nibbler."

In April 2018, Twin Galaxies, the de facto scorekeeper and platform for the videogaming world, announced that an investigation conducted into Billy Mitchell's submitted scores found conclusive evidence that he used an emulator for the footage of his two high scores. His scores were subsequently removed from the Twin Galaxies records, and he was prohibited from submitting future scores. Subsequently, Guinness World Records removed Mitchell's scores as Twin Galaxies were the original source of verification for these records.

Mitchell challenged the removal of his records, backed by his own evidence. Additionally, he recreated the Perfect Pac-Man score in July 2019 in front of several witnesses and took first place at a Donkey Kong tournament in Australia the following month. Mitchell also reperformed the Donkey Kong records in question, live on his Twitch channel (@Billy_Mitchell).

In April 2019, Mitchell filed a lawsuit against Twin Galaxies (JACE HALL INFO REMOVED) in Los Angeles County for defamation, and filed another lawsuit against YouTuber Apollo Legend in May 2020, which to date, has not been served. The Twin Galaxies lawsuit is pending, with the next hearing scheduled for July 6 at 9PM PST.

"I want to thank two industry giants, Walter Day and Robbie Lakeman, for their continued support and for providing valuable testimony to Guinness World Records as to the validity and legitimacy of my world titles and firsts," said Mitchell.

Walter Day is the original founder of Twin Galaxies who helped catapult the sport in its infancy. He is known for visiting more than 100 arcades across the country and checking their machines for high scores and keeping track of them. He later sold the company in 2014. He performed an exhaustive review of all of Billy Mitchell's high scores.

One key finding of his, based on a conversation with industry veteran Todd Tuckey, who explained, "What Twin Galaxies (new owners) asserts about Billy Mitchell's score is simply not possible. There has never and will never be an emulsion board that plugs into a Donkey Kong machine. It is simply impossible for anything but legitimate hardware to have been inside Billy Mitchell's machine."

Robbie Lakeman is an accomplished gamer who broke Billy Mitchell's Donkey Kong high-score record several times between 2014 and 2020. He also holds world records for Super Pac-Man and Stratovox. Lakeman personally acted as an expert witness in the case, concluding that, "After reviewing Billy's gameplay, and reproducing similar games myself, I can honestly say that this is legitimate gameplay." Lakeman also states that, "I do not see a reason why Billy would need to even use MAME, or save states to film both games with this style of play."