NEW YORK, NY / ACCESSWIRE / June 17, 2020 / In the early stages of his childhood, Jon Brooker found himself wedged within the traditional subplot of American culture. Fast forward eight years, as an eighteen-year-old, Brooker had little time to follow professional football, as his free time was quickly and permanently usurped when he began working long and late hours in film production as a production assistant. But Jon's professional footprint in the film industry expanded greatly after launching his own company, Grip Works, he was only a junior in high school, he was able to do this with the encouragement of his parents. 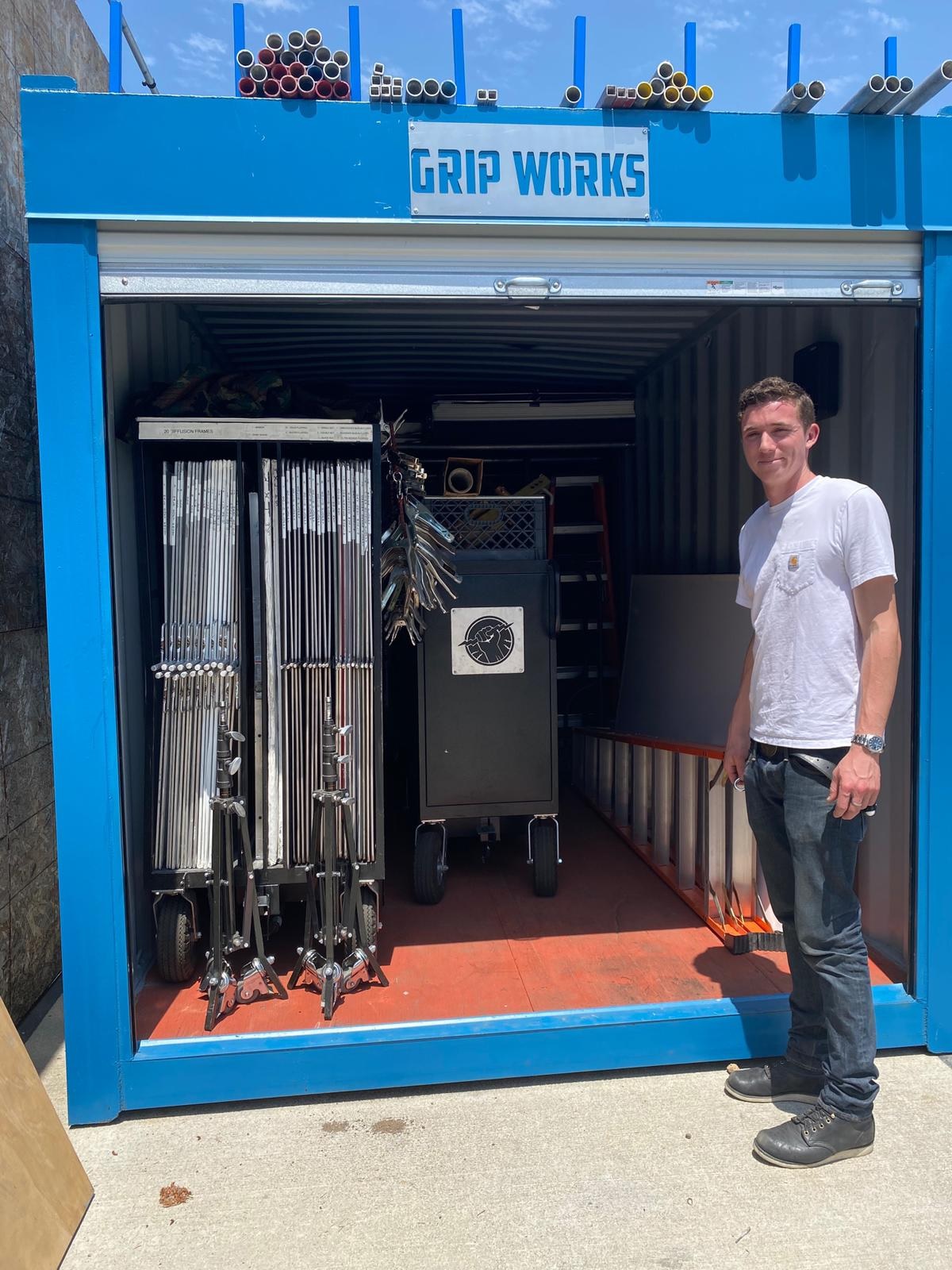 It is a little more powerful when a young person follows their calling, and Brooker's story is a living-testimonial to that assertion. And this power only grows exponentially when youth has the unwavering support of parents who champion the pursuit of happiness. So how does a teenage boy, sports fan, and your typical high school student, turn an unconventional dream into a thriving, six-figure and in-demand business within the cutthroat Hollywood scene?

Like many, Jon played sports growing up. And while fun, it just didn't hold his attention. Jon found himself more intrigued by camera angles and the optics of instant replay than the scoreline. He traded in his jersey for a camera and press badge. Jon abandoned the bench of high school basketball games and filmed the games instead. His talents caught fire, as he began to produce high-energy promotional shorts and coordinated his school's film festival. Stepping out of the shadow of typical teenage goals, Jon stepped into the world of infinite possibility. Working within his high school served as the spark that ignited a creative and entrepreneurial inferno. And as fuel sources ran low in familiar pastures, Jon turned outward to fuel his passion.

Young, eager, hard-working and creative-Jon's internships traversed mediums, from television commercials to music videos. Regardless of the shoot, a perceptive Jon began to notice a common theme: Frustrated production managers halting shoots in search for needed, yet missing, tools and equipment. In a moment, Jon's innate entrepreneurial spirit took hold, as he began filling his truck with the various in-demand items and renting them on the spot to production managers. This, paired with his aptitude to correctly predict need and prepare accordingly, made Jon uniquely indispensable and thus, a must-have on set.

Gainfully employed, as a high school student, Jon saved his paychecks and soon purchased a small trailer, leased a modest storage unit, and amassed a comprehensive selection of production tools and launched Grip Works. Today, some two years after its creation, and eight years after looking inward for direction, Jon Brooker's Grip Works disperses a full fleet of trucks and employees to sets all over Southern California. And he's just getting started! Committed to longer-term thinking within the framework of his talents and passions, Jon is working hard at USC to take his journey into world film production to the next level.

Personally, as a person who previously spent way too much time doing what I perceived to be expected of me, rather than what I was passionate about, I could have used a Jon Brooker blazing a creative trail before me. Jon's story serves as inspiration for the creative, disenfranchised, entrepreneurial and marginalized teenagers, and to their parents who read this.