NEW YORK, NY / ACCESSWIRE / June 6, 2020 / "Focus on bringing value to the world. When you start bringing value to the world instead of worrying about making money, all of a sudden, the money starts rolling in" - Abdul Moneeb Ilyas. Like most young people in this day and age, Abdul Moneeb Ilyas took the traditional route in life, he started an apprenticeship, passed his level 3 in Accounting and Finance.

Everything was going according to plan if you were looking in from the outside, especially when Abdul secured a radiography position at the mighty Rolls Royce. But Abdul soon realized he wasn't satisfied or happy with his job at Rolls Royce. He was just a cog in the machine, working 80 hours a week to make someone else rich. His boss and corporation didn't care about him, they only cared about what he could do for them.

His opinion was only furthered when his team leader made him choose between his position at Rolls Royce and an online side hustle he was chasing at the time. Abdul says, "management quickly realized I was losing focus and wasn't as enthusiastic as I was once. Even though I was still carrying out my work at a good quality, they didn't like the fact that I wasn't completely focused." 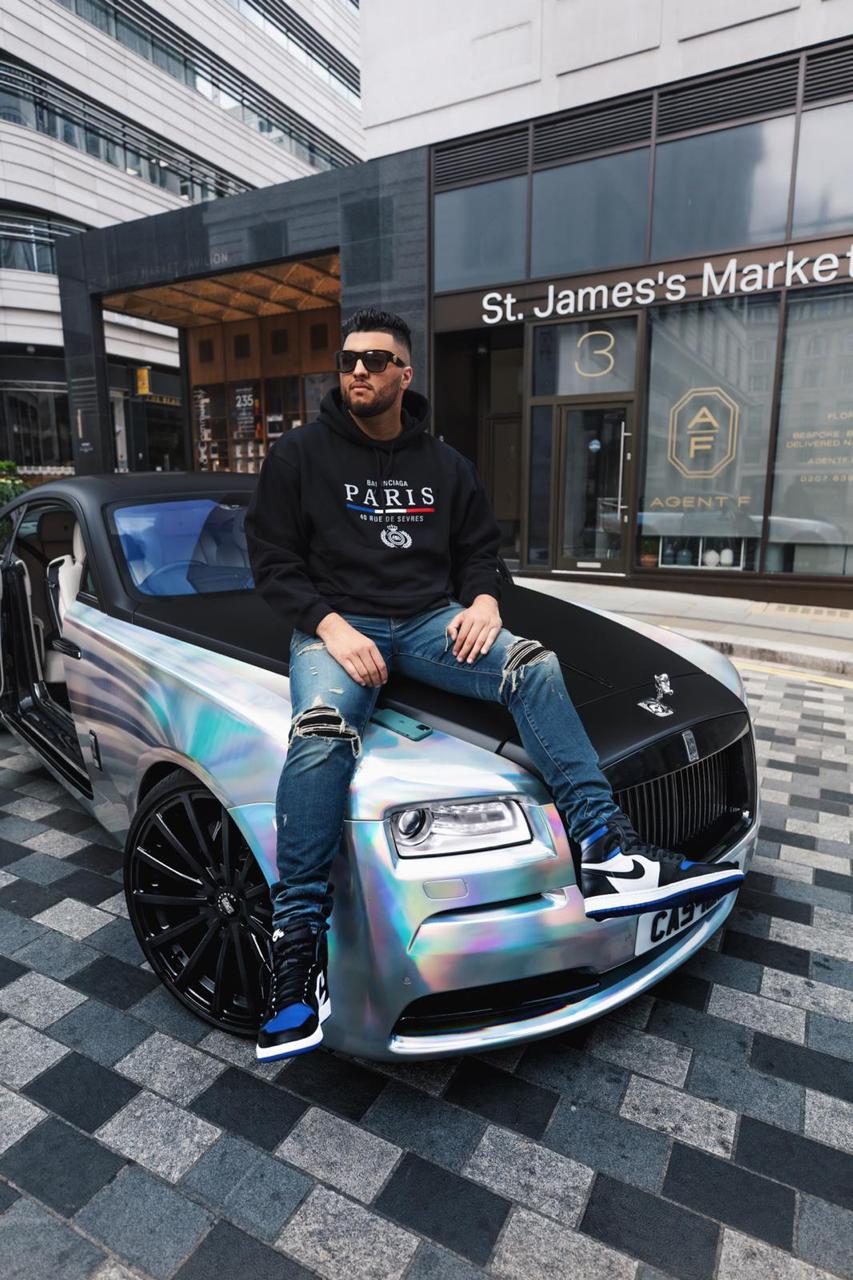 He knew this was not what he wanted out of his life. So, he quit. He started exploring different ways to earn money and fulfil his life. He came across the information on affiliate marketing and launched his first social media brand a short time later. Soon, Abdul started multiple online businesses and shared his successes and failures with an ever growing community of his followers. After no more than two years, he was able to retire, and he will never have to worry about money for the rest of his life. He became financially free.

Better yet - at 21 years old Abdul Moneeb Ilyas became the youngest to cash a Rolls Royce Wraith, paying homage to his time at Rolls Royce which led him to making a life changing decision. He says "I was going through my snapchat memories, as one does at night. And I came to the realization that it had been 2 years to the day that I had left Rolls Royce. So the next day, I woke up and decided to purchase a Rolls Royce Wraith."

Now, through the power of the internet, he is teaching people young and old the most in-demand skills online and showing them how to take back control of their lives. His student community already passed over 5,000 people with different backgrounds, origins, ages and education levels, all of them on the way to financial freedom.

How did he do it?

Abdul Ilyas: "I am on a mission to create another path that would allow people to free themselves from 9-5 corporate slavery, and I am JUST GETTING STARTED!"
His mission and desire to see people succeed is what keeps him going. Abdul is the definition of the "New Entrepreneur": someone who uses the power of the internet to create multiple streams of income and teach others along the way.

Some of his income streams include selling on Shopify, running his very own online marketing agency, affiliate marketing, real estate and creating powerful informational products that teach entrepreneurs how to do the same amongst others.

The common theme behind all of these businesses is that they are all created online, and you can learn how to create results in a relatively short amount of time. Learning these skills is exactly how new entrepreneurs, young and old, are becoming successful extremely fast. They step away from the traditional route and fully embrace life in the digital marketplace.

There's one thing that Abdul preaches to every new entrepreneur. Instead of focusing on money, focus on creating value. When you create value, money will follow. When you are behind a computer screen, it is easy to focus just on yourself. However, the internet gives you the ability to provide value to thousands of people every single day.

Something that was barely possible even just 20 years ago. The new entrepreneur is focused on bringing as much value as possible to their followers, customers, and even students. It is this belief that has separated Abdul from the pack. With a little bit of internet knowledge, hard work, and the ability to provide value, new entrepreneurs every day are able to quit their job and live life on their own terms.Traveling, exploring the world and creating beautiful lifestyles that give new meaning to life. If you are interested in becoming an entrepreneur, go out and start providing value to the world. Soon, you will be able to live the life you truly desire.

Abdul Ilyas is a successful entrepreneur. He has hours and hours of content to help empower and teach people how to create successful online businesses and free themselves from a 9-5 grind.