NEW YORK, NY / ACCESSWIRE / June 3, 2020 / Tomás Zéron de Lucio (TZL) is popularly known as the Top Cop of Mexico. A police officer who has a brilliant record of arrests, including the arrest of a notorious drug cartel kingpin, El Chappo. TZL has dedicated his entire professional life to making Mexico drug-free. He has represented Mexico in several international meetings with the FBI, DEA, United Nations, USA Attorney General, and was also an Interpol's representative who held Interpol's ID and passport. 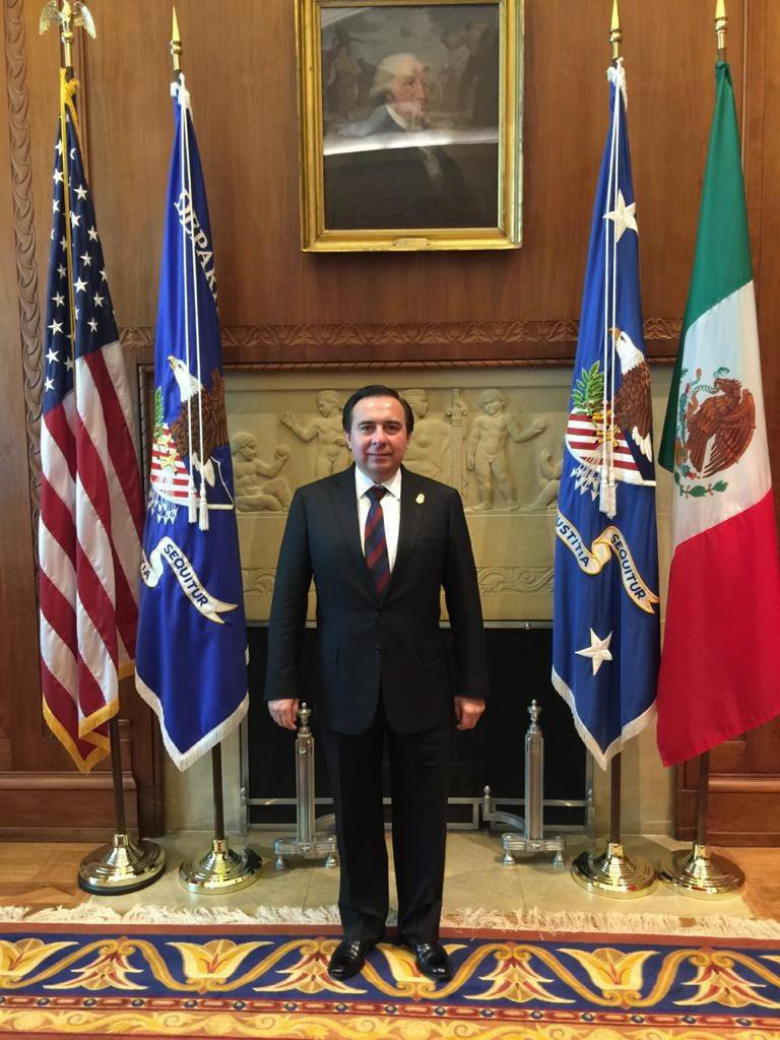 Tomás Zéron de Lucio (TZL) had reached the apex of his professional career, had been internationally acclaimed for his professionalism. What was his reward? today he finds himself being accused of being a scapegoat for a politician who would do anything and everything to stay in power. The irony here was that he was also accused of building an alliance within the drug cartels.

Tomás Zéron de Lucio (TZL) has graduated with Bachelor's in Industrial Administration from National Polytechnic Institute in 1986. Later on, he did his Masters in Criminal Sciences from the University of Spain and Mexico.

Tomás Zéron de Lucio was appointed as Director-in-Chief of Criminal Investigation Agency (AIC) in September 2013 during the first stage of the prosecutor's office restructuring. This appointment was carried out by Jesus Murillo Karam, the then-Attorney General of the Republic.

Before he took up the post at the AIC, Tomás Zéron de Lucio had served as coordinator of Investigation and Analysis of the Attorney General of the State of Mexico. TZL has also served as Section Chief in the Federal Preventive Police and Chief Commissioner in the Federal Public Security Secretariat.

TZL was the main person in charge during the investigation of the disappearance of 43 young students from the rural school in Iguala, Guerrero, in September 2014.

Soon after the election of the new government, Tomás Zéron de Lucio the person with a long history in public service; was labeled as the person who had tampered with the evidence in the San Juan River during the ongoing investigation of the 43 Ayotzinapa normalistas. This was done irrespective of the fact that Tomás Zéron de Lucio had discovered who killed those 43 students. TZL's departure maybe because of the pressure from the parents of the Ayotzinapa normalistas.

The Case of Missing 43 Missing Students

In September 2014, 43 young students from the rural school 'Ayotzinapa Normal School' in Iguala, Guerrero. These forty-three were a part of a larger group of students that were trying to leave Iguala in five commandeered commercial buses. The buses fell under a series of armed attacks from local municipal police and other shooters. Six people were killed, and forty-three others disappeared during the first hours of the attacks.

Tomás Zerón de Lucio was the man in charge of Ayotzinapa criminal investigations. According to Zerón, the students were kidnapped, taken to a trash dump, killed, set on fire, the remains put in bags, and then thrown into a river.

However, the majority of this was not accepted, and Tomás Zerón de Lucio was accused by AMLO for ‘mishandling the Ayotzinapa proofs.' In between, AMLO had started accusing TZL of other corruption cases and started political persecution. AMLO had also suspended TZL's security protection.