SEOUL, SOUTH KOREA / ACCESSWIRE / June 2, 2020 / Blockchain reward platform MiL.k has announced the launch of its coupon payment feature, enabling users to utilize cryptocurrency more in their daily lives. Coupons can be redeemed for various products including coffee of cafe franchise, beverages and snacks of convenience stores, and many different dishes including the famous Korean fried chicken. 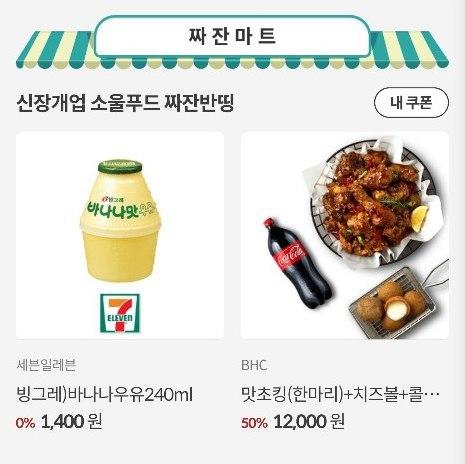 "Adding various coupons on the MiL.k platform means increased utility of Milk Coin (MLK) and further reward points of MiL.k's partner companies, since their rewards are redeemed for Milk Coin," said MiL.k CEO Jayden Jo. "We will keep diversifying our platform's features and benefits to our users."

Two coupons will be available on MiL.k, with new coupons replacing them on a rolling 24-hour basis. Coupons will be priced in fiat (KRW), which users can buy with the equivalent amount of Milk Coins. Refunds will also be denominated in MLK, with the platform promising to diversify the nature of coupons offered on the app.

Users are permitted to purchase one coupon a day, and the platform offers discounts of up to 50%.

MiL.k partners with companies in the travel, lifestyle and leisure sectors and aims to streamline mileage programs to give loyalty points greater utility. Instead of loyalty points from airlines, hotels and duty-free shops going to waste, MiL.k lets customers receive them on its platform and spend them more freely with different vendors. In this ecosystem, Mil.k Coin (MLK) is the designated means of trade.

The global market for loyalty programs is expected to hit $201 billion by 2022 and MiL.k hopes to play a key role in the industry's evolution, having recently partnered with South Korea's fastest-growing online travel agency (Yanolja) to further its ambition. Yanolja is No.1 OTA in Korea whose user base reaches almost 10 million. It is a unicorn company actively expanding its market globally, and one of their tactics lies in the MiL.k project.

With the ability now to buy discount coupons via the MiL.k app, the company is increasing the purchase power of its native token while incentivizing customers to make regular savings. The MiL.K platform is built on Hyperledger Fabric and compatible with ERC20 blockchain, with the mobile app available on both iOS and Android.

About MiL.k Alliance: MiL.k Alliance is a blockchain platform that integrates reward points of service companies in the travel, leisure, and lifestyle sectors. Users can review the points from services under the MiL.k Alliance on a single platform and can transfer the existing points to the native MLK token as well as swap into other loyalty points that can be redeemed on third party services